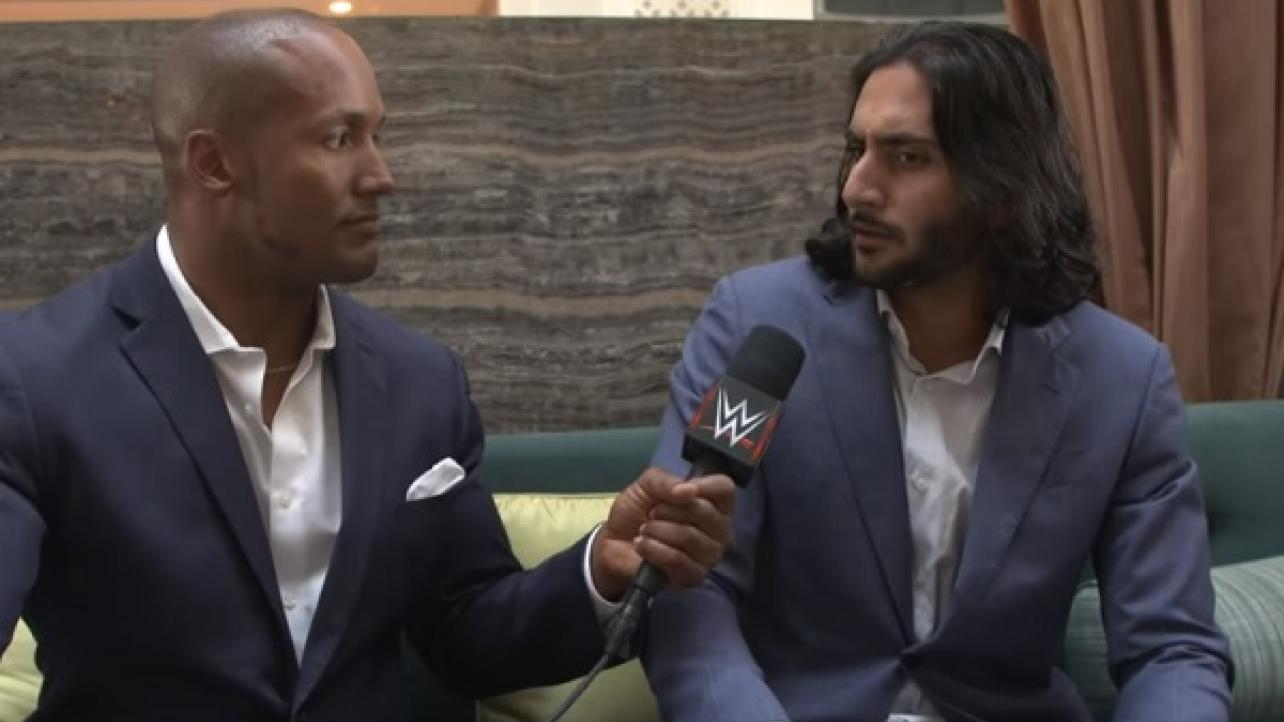 With less than 24 hours remaining before the event begins live in Jeddah, Saudia Arabia, it looks like we have our fifth confirmed entrant for the 50-Man Battle Royal scheduled for WWE Super ShowDown 2019.

On Thursday afternoon, WWE released a new video via their official YouTube channel that shows Mansoor talking with WWE broadcast team member Byron Saxton in Jeddah, the site of Friday’s live special on the WWE Network, about the significance of the event and more.

The official description for the video interview with WWE’s first-ever Saudi Arabian-born Superstar, which you can watch below, reads: “Byron Saxton sits down with Mansoor in Jeddah to reflect on the significance of being part of the 50-Man Battle Royal in his home country at WWE Super ShowDown, as well as the road he has taken to get there both in NXT and in his own life.”

As noted, previously announced for what the company is advertising as “the largest battle royal in WWE history,” are Karl Anderson, Luke Gallows, Elias and Mojo Rawley.

Make sure to join us here at eWrestling.com on Friday afternoon starting 2pm EST. / 11am PST. for live results coverage of WWE Super ShowDown 2019!