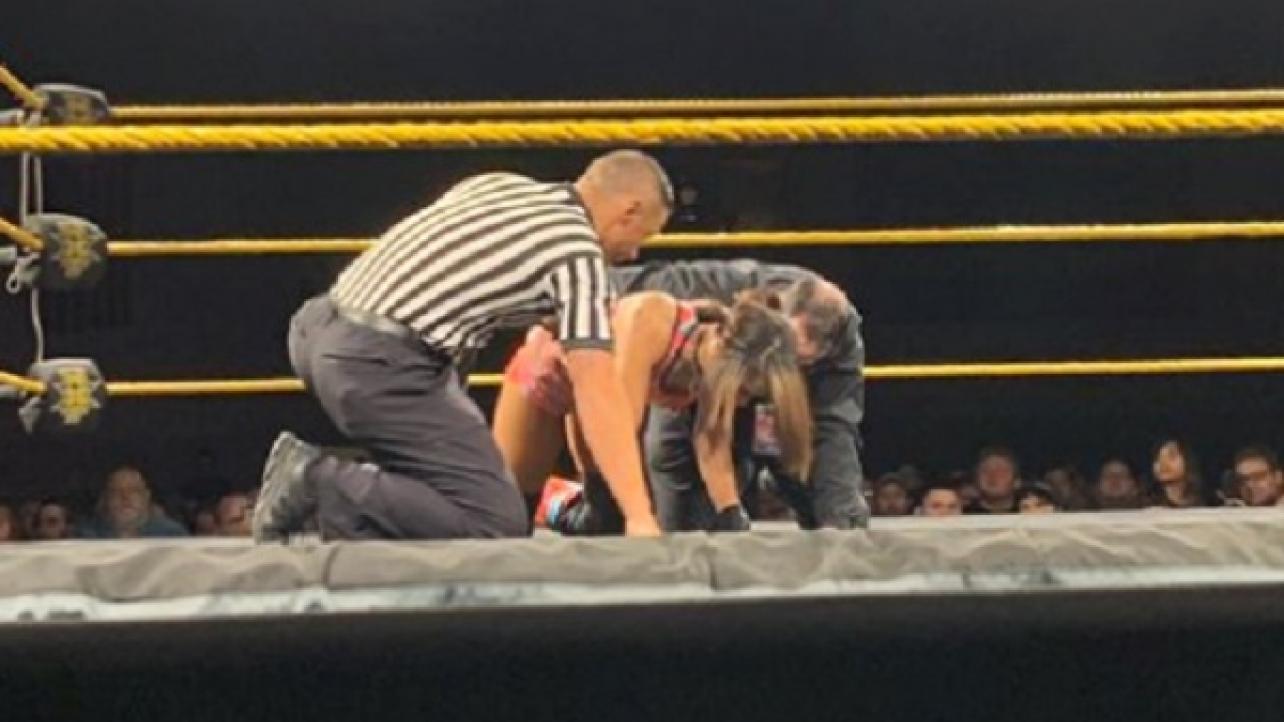 It looks like an NXT Superstar may have gone down with an injury at the NXT live event in Green Bay, Wisconsin on Friday night.

The injury took place during a six-woman match that featured Dakota Kai, Kairi Sane and Candice LaRae taking on the trio of Shayna Baszler, Jessamyn Duke and Marina Shafir.

The referee threw up the dreaded “X” symbol and medical staff hit the ring to attend to Kai, who appeared to suffer a knee injury of some kind. She ended up having to be helped to the back and the match was switched to a traditional tag-team bout.

We hope to have more information regarding Dakota Kai’s injury status as soon as details become available.

Check out photos of Dakota Kai going down with an injury and being attended to by medical staff at last night’s NXT house show in Green Bay below.

Dakota Kai has to be helped to the back after legit injuring her knee. #NXTGreenBay pic.twitter.com/W4wZ4VZWr9