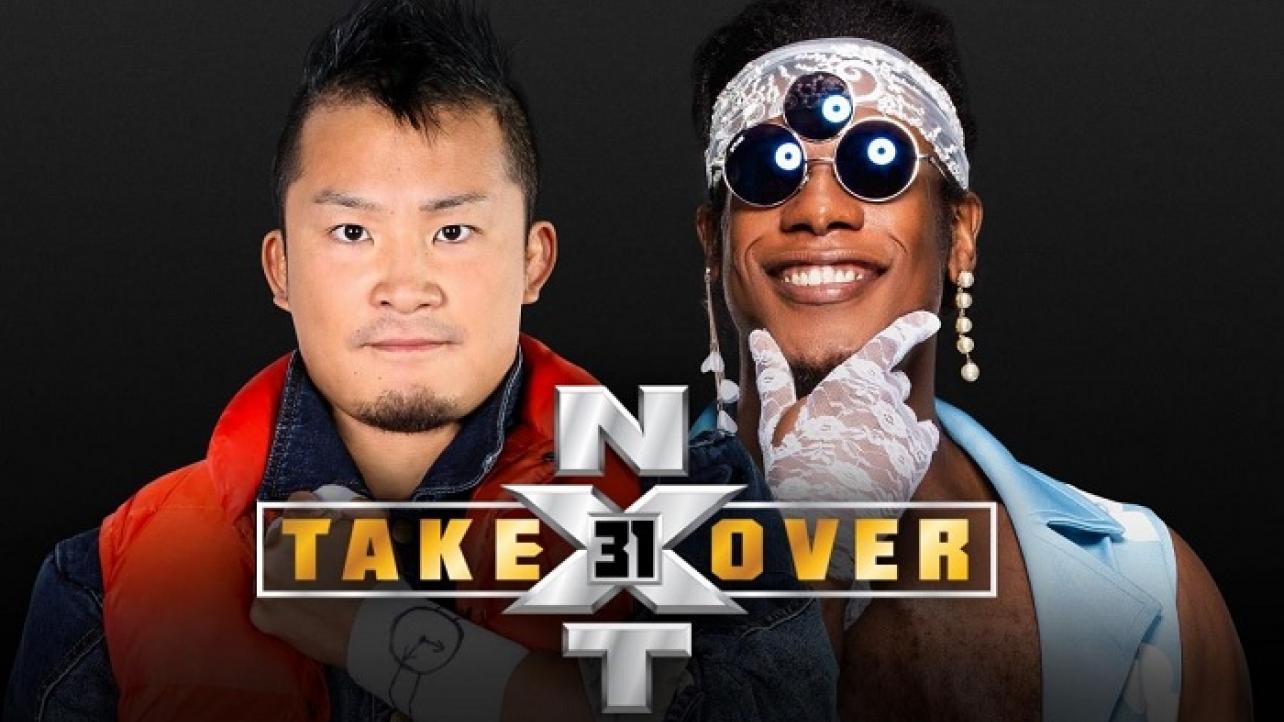 The card for the NXT TakeOver 31 special event for next Sunday night just got one match-deeper.

This weekend, WWE announced a new singles match for the upcoming 31st event in NXT TakeOver chronology, bringing the total to four confirmed matches for the yet-to-be-finalized lineup.

On Saturday, WWE.com released the following announcement confirming Kushida vs. The Velveteen Dream for NXT TakeOver 31:

The Velveteen Dream has shown a new penchant for viciousness since his return. Along the way, he’s made an enemy of Kushida, prompting previously unseen aggression from NXT’s resident Time Splitter in turn.

Will Kushida make Dream regret it when they square off at NXT TakeOver 31?

His Purple Highness made a surprise return to the black-and-gold brand last month but came up short in a Triple Threat Match involving Kushida and Cameron Grimes. Dream took out his frustrations with a post-match assault.

Kushida returned with force, attacking Velveteen Dream weeks later and putting him on the NXT Injury Report thanks to a brutal rope-assisted cross armbreaker. He also showed an all-business attitude while defeating Austin Theory in short order.

Then, Dream took an already flammable situation and dumped gasoline all over it when he cost Kushida a potential NXT Title opportunity. Interfering in the first-ever Gauntlet Eliminator Match, Dream spiked Kushida with a Dream Valley Driver that led to his elimination.

Now, Kushida gets a chance at payback. Will NXT’s Time Splitter seize the opportunity, or will it be Dream over?

With that now known, featured below is a look at the current officially advertised lineup as it stands right now for next Sunday’s NXT TakeOver 31 live special event streaming on the WWE Network:

Make sure to join us here at eWrestling.com NEXT Sunday night, October 4, 2020 for LIVE NXT TakeOver 31 Results coverage!