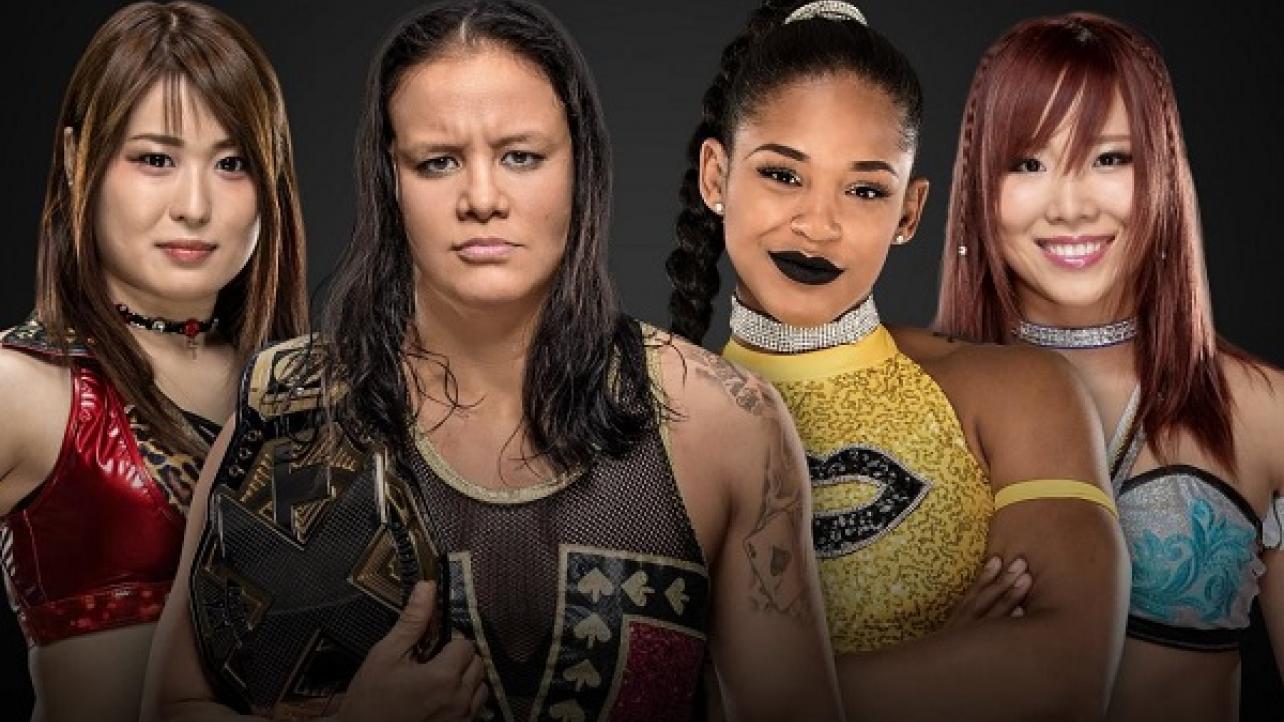 On Wednesday night’s episode of NXT TV on the WWE Network, a new title match was announced for the upcoming NXT TakeOver: New York 2019 special.

Now officially confirmed for the live special, which emanates from the Barclays Center in Brooklyn, New York as part of WrestleMania 35 Weekend, is a Fatal-4-Way Match with Shayna Baszler defending the NXT Women’s Championship against Io Shirai, Bianca Belair and Kairi Sane.

Heavy is the head that wears the crown. Although no one knows that age-old saying better than NXT Women’s Champion Shayna Baszler, she, too, will be reminded of that adage when she takes on her toughest challenge yet at TakeOver: New York.

As announced by NXT General Manager William Regal, The Queen of Spades will defend her coveted crown against Io Shirai, Bianca Belair and Kairi Sane in what is sure to be a heated Fatal 4-Way Match.

Baszler has held the title since October at WWE Evolution, where she defeated Sane to become the first-ever two-time NXT Women’s Champion. Since then, The Submission Magician has been hellbent on guarding her lofty prize, as displayed in her underhanded tactics in championship bouts against Sane at TakeOver: WarGames II and Belair at TakeOver: Phoenix. Now, she’ll have to face them both, plus Shirai, in a match where she doesn’t have to be pinned or submitted to lose her title.

Shirai has had her sights set on the NXT Women’s Championship since she scored a pin over Baszler during the Feb. 6 edition of NXT, which saw her team up with Sane and Belair in a Six-Woman Tag Team Match against Baszler, Jessamyn Duke & Marina Shafir. But Shirai’s golden ambitions are nothing compared to the sheer animosity that Sane and Belair both have toward the champion. Where The Pirate Princess is eager on getting retribution, The EST of NXT is intent on snatching The Queen of Spades off her throne.

Can Baszler escape the Big Apple with her NXT Women’s Title? Or will the NXT Universe witness the dawn of a new era? Don’t miss Shayna Baszler defend her NXT Women’s Championship against Io Shirai, Bianca Belair and Kairi Sane in a Fatal 4-Way Match at NXT TakeOver: New York, streaming live Friday, April 5, on the award-winning WWE Network.

Make sure to join us here at eWrestling.com on 4/5 for live play-by-play results coverage of the NXT TakeOver: New York 2019 live special!