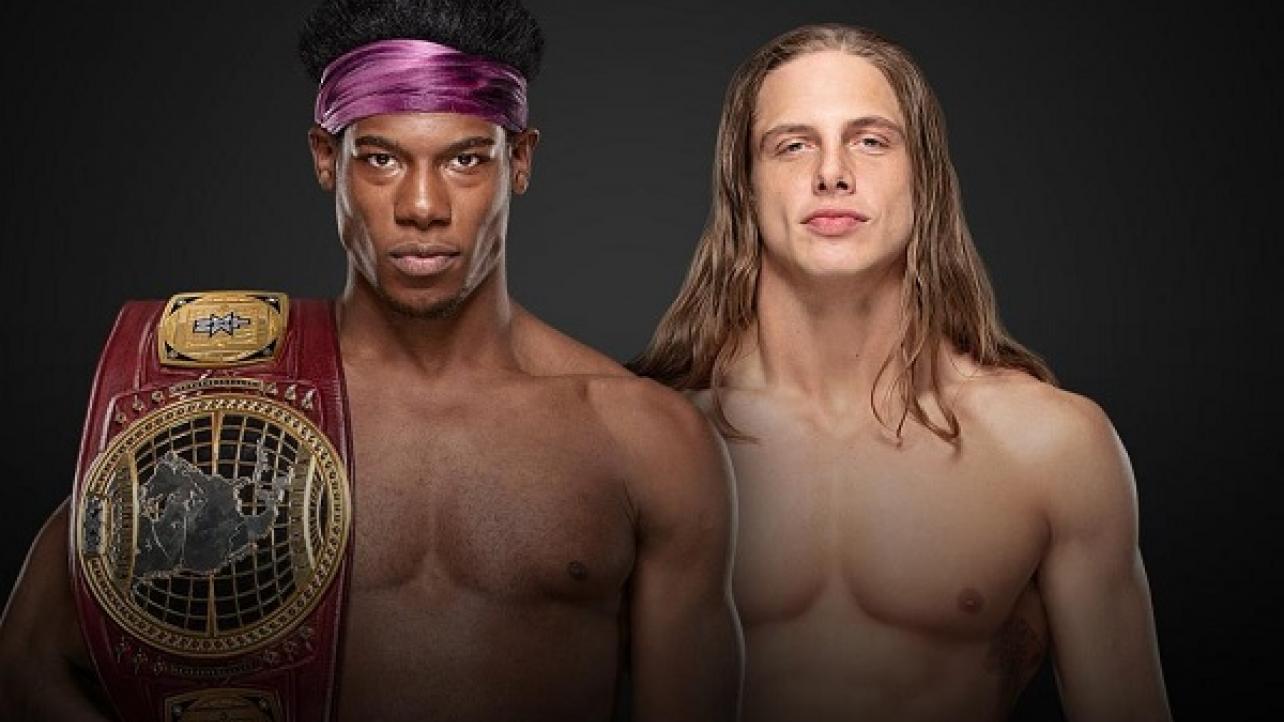 Another match has been confirmed for the NXT TakeOver: New York 2019 special for WrestleMania 35 Weekend.

On Thursday, WWE officially announced Matt Riddle vs. Velveteen Dream for the NXT North American Championship for the big show scheduled for the Barclays Center in Brooklyn, New York on April 5th.

A closer look was all Matt Riddle wanted when he came across the NXT North American Championship hoisted at the hands of Velveteen Dream on the March 6 edition of NXT.

Almost a month to that date, The Original Bro will get a chance to “experience” the coveted prize under the bright lights of TakeOver: New York. As announced by NXT General Manager William Regal on Twitter, Dream will defend his lofty NXT North American Title against Riddle in a showdown guaranteed to bring new meaning to the Big Apple’s famous “City That Never Sleeps” moniker.

The rivalry between the two dynamic and athletic Superstars brewed shortly after Dream’s emphatic victory over Johnny Gargano on the Feb. 20 installment of NXT. It wasn’t long after the enigmatic provocateur’s championship win that The Original Bro threw in his bid for a chance at the spotlight.

Last night, @SuperKingofBros nearly had @VelveteenWWE beat in the Fatal 5-Way. While Riddle came up short, I want to see what happens when Riddle and Dream compete one-on-one, for the NXT North American Title… at #NXTTakeover: New York!

After dismissing Riddle with a snap of the finger (and two words: “Dream over”) earlier in the month, Dream got a trace of Riddle’s championship desire firsthand on the March 20 edition of NXT, when they faced off amongst three other Superstars in a hard-hitting Fatal 5-Way Match to determine a No. 1 Contender for the NXT Title. The high-impact slugfest between them prompted Regal to make Dream vs. Riddle official for TakeOver: New York.

After having battled some of the best among the black-and-gold brand, Dream’s first title defense finds him up against a new sensation with an undefeated record in one-on-one competition. Can Riddle seize the NXT North American Championship, or will The Dream paint the New York City skyline with his purple reign?

See which Superstar takes the spotlight when they collide at TakeOver: New York, streaming live Friday, April 5, at 7 ET/4 PT, only on the award-winning WWE Network.

Make sure to join us here at eWrestling.com on 4/5 for live play-by-play results coverage of NXT TakeOver: New York 2019!