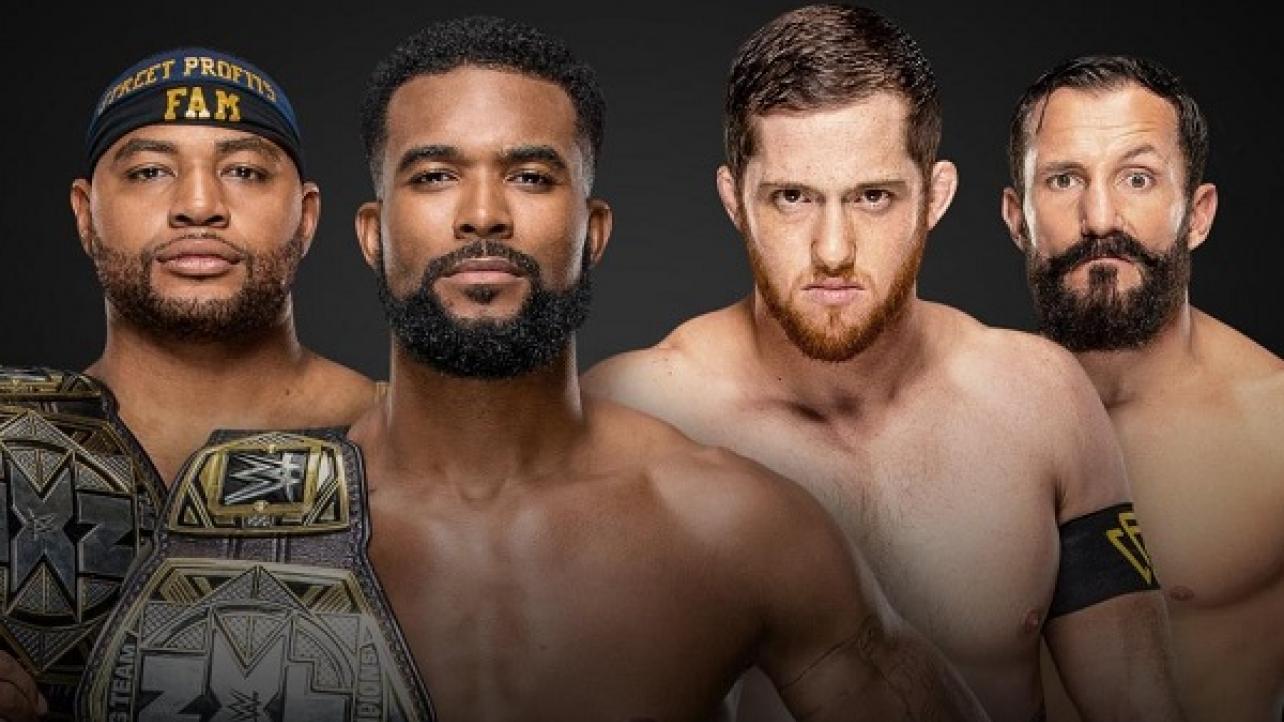 The showdown comes at a pivotal time for The Undisputed ERA, as the controversial quartet marches their way toward a future “draped in championship gold,” a prophecy foretold by Adam Cole at the start of 2019. Since then, Cole has captured the NXT Title from Johnny Gargano, leaving the NXT Tag Team and North American Championships as the only boxes left unchecked.

Fish & O’Reilly plan to do their part at TakeOver: Toronto, but to succeed, they’ll have to make it past the red-hot Street Profits, who, lest Undisputed ERA need reminding, prevailed over not only Fish & O’Reilly, but also The Forgotten Sons and Danny Burch & Oney Lorcan to capture the titles in a Ladder Match at TakeOver: XXV.

Although Dawkins & Ford have arrived on Raw in the wake of their championship triumph, don’t think for one second that The Sultans of Swag have taken their eye off the black-and-gold brand. In accepting Fish & O’Reilly’s challenge on a special edition of Street Talk, The Curse of Greatness borrowed a line from Undisputed ERA, saying he and Ford will leave Toronto as the champions, “and that is undisputed.”