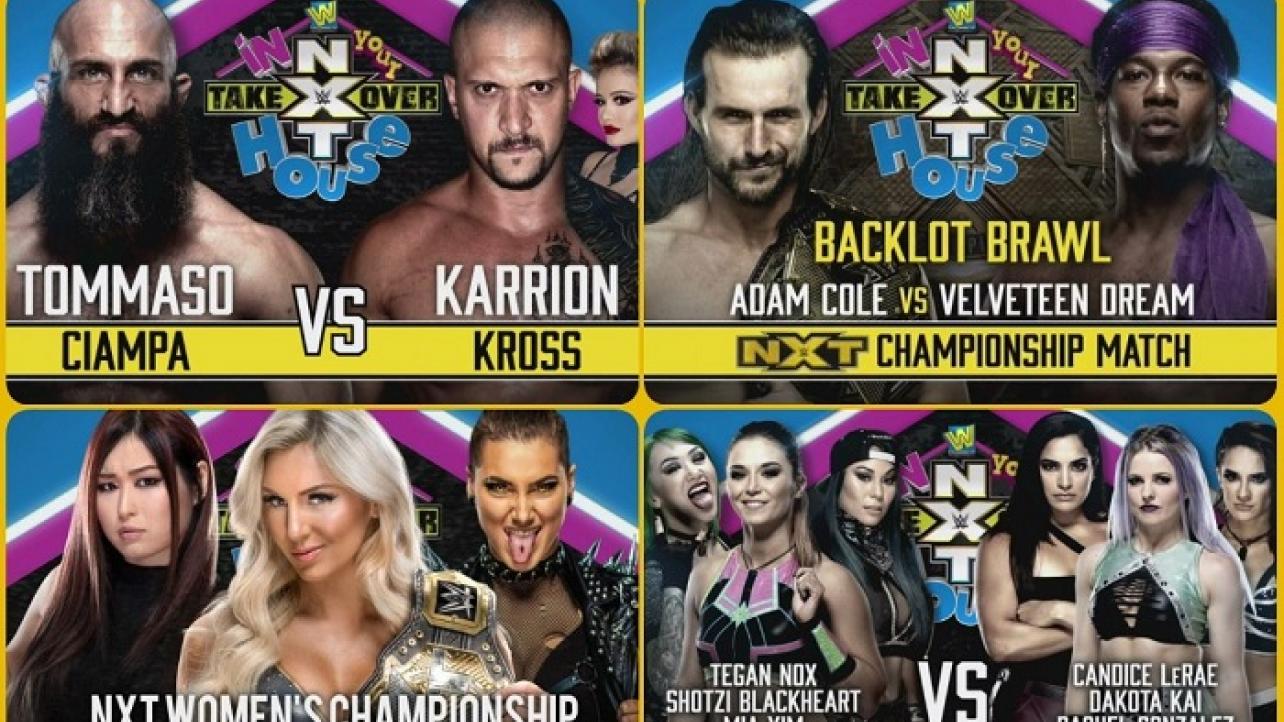 This Sunday night’s WWE Network live special — NXT TakeOver: In Your House — could very well be the final show on the black-and-yellow brand for a handful of talents, as four top NXT Superstars are expected to be called-up to the WWE main roster for spots on either the Raw or SmackDown brands.

It appears the list of NXT call-ups to either Raw or Smackdown will continue with more names being reported as making the jump to one of the company’s two main brands.

Matt Riddle is already on SmackDown, and as noted, NXT talents Dominik Dijakovic and Chelsea Green expected to follow in the very near future, possibly after this weekend’s live NXT special on the WWE Network.

Pro Wrestling Unlimited and Wrestling Inc are both reporting that Io Shirai and Velveteen Dream are also being “discussed” as potential names to make the move to the main roster though specifics of when and where were not made clear.

Again, while they could move up as a surprise after NXT TakeOver: In Your House (Possible *SPOILERS* Here), they could also stick around for another live special before the trigger is pulled on their main roster call-ups.

As far as the conflicting reports regarding Adam Cole’s NXT status, and his contractual status with WWE in general, read our Exclusive Update: Rumor Killer On Adam Cole’s WWE Contract & NXT Status report from Friday afternoon.

We will keep you posted here at eWrestling as additional details regarding expected new WWE NXT talent call-ups to the WWE main roster surface! Until then, another great way to keep up with quick-hit breaking news updates is by following our lead reporter on Twitter @MattBoone1984.

Make sure to join us here at eWrestling THIS Sunday night for LIVE WWE NXT TakeOver: In Your House Results coverage!