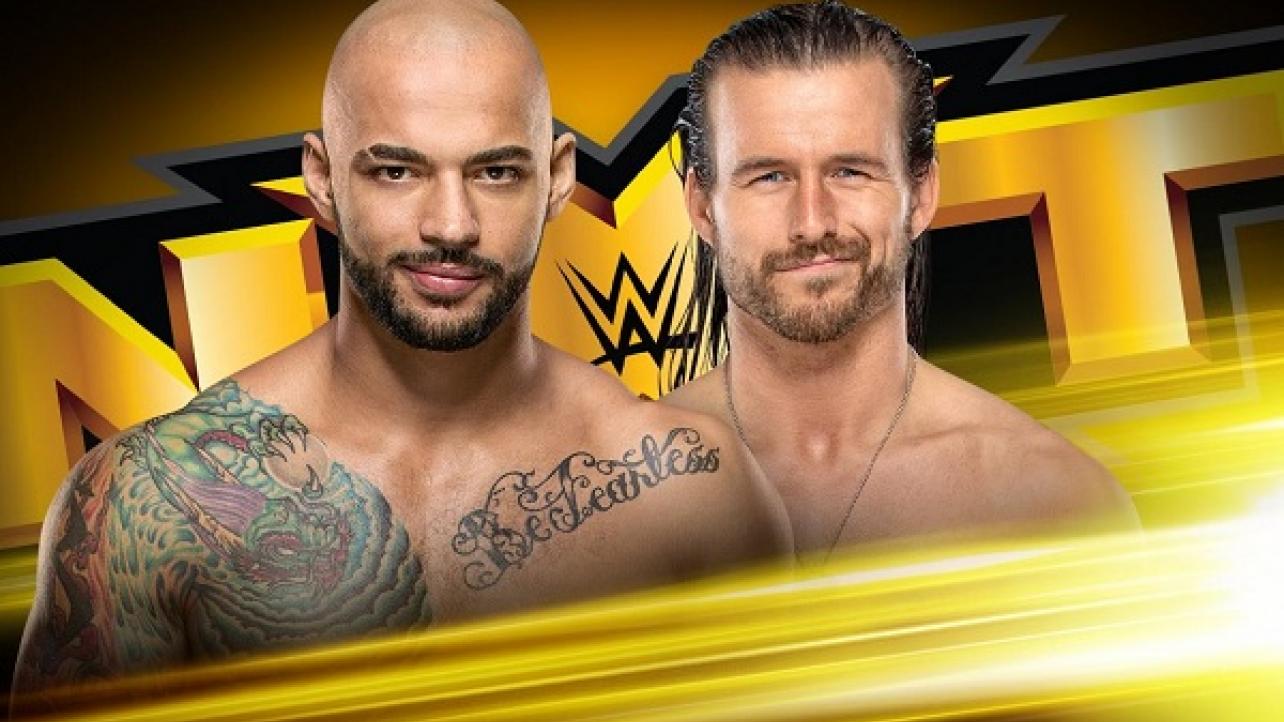 WWE returns to the WWE Network this evening with the latest weekly episode of NXT TV from Full Sail University in Winter Park, Florida.

Ricochet and Adam Cole have rekindled their rivalry, as both Superstars prepare to turn their NXT North American Title ambitions into action in a much-anticipated TakeOver: Brooklyn IV sequel. Plus, Kassius Ohno prepares to address the NXT Universe, and The Street Profits take to the ring.

After an edge-of-your-seat thriller for the NXT North American Title at TakeOver: Brooklyn IV, Ricochet and Adam Cole once again prepare to duke it out inside Full Sail Live.

With both Superstars having vowed to reclaim the NXT North American Championship, they rekindled their once-heated rivalry in a tense backstage confrontation last week. In that standoff, Cole referred to his rival as a “one-trick pony” and dismissed his chances at a championship rematch. Yet, when Ricochet reminded the Undisputed ERA frontman of the result of their last in-ring confrontation, the back-and-forth soon turned into a challenge accepted.

What does Kassius Ohno have to say?

Kassius Ohno will have “something to say” when he returns to Full Sail Live this week, but what, exactly, is on his mind remains unclear. The Knockout Artist has been under the radar in the weeks since taking another L to Matt Riddle at NXT TakeOver: Phoenix. Ohno attributed his absence to a “self-evaluation” during last week’s NXT Post-Show, all before informing the NXT Universe that he will make an announcement upon his return. What will Ohno possibly have to say?

Taynara Conti will lock horns with Aliyah this week, thus adding extra fuel to the competitive fire within the NXT Women’s division. With Shayna Baszler tightening her vice-like grip on the NXT Women’s crown, what kind of message will the self-proclaimed “Real Black Belt of NXT” and the battle-tested Aliyah send when they square off inside the yellow ropes?

Street Profits prepare to bounce back

With War Raiders as the new masters of the NXT tag team throne, those who wish to unseat the titleholders will be faced with the monstrous challenge of going toe-to-toe with the destructive champions. Looking to make a strong case for an opportunity at the NXT Tag Team Championship are The Street Profits.

After suffering a tough loss to The Forgotten Sons a few weeks back, Montez Ford & Angelo Dawkins look to bounce back when they return to action. With just about every tag team under the black-and-gold brand vying for the coveted spotlight, how will The Street Profits stand out as top-notch challengers?

Fresh off a strong showing in the first-ever Worlds Collide Tournament, the rising and imposing Dominik Dijakovic will be in action this week on NXT. Since making his grand entrance a few months back, the walking powerhouse has made quick work of his competition.

Dijakovic has wiped out opponents with his devastating Feast Your Eyes maneuver, but he’ll face stiff opposition against the unruly Shane Thorne. Will Dijakovic’s successful streak continue? Or will the five-tool Superstar come down with a Thorne in his side? Find out when WWE NXT streams at 8/7 C, exclusively on WWE Network!