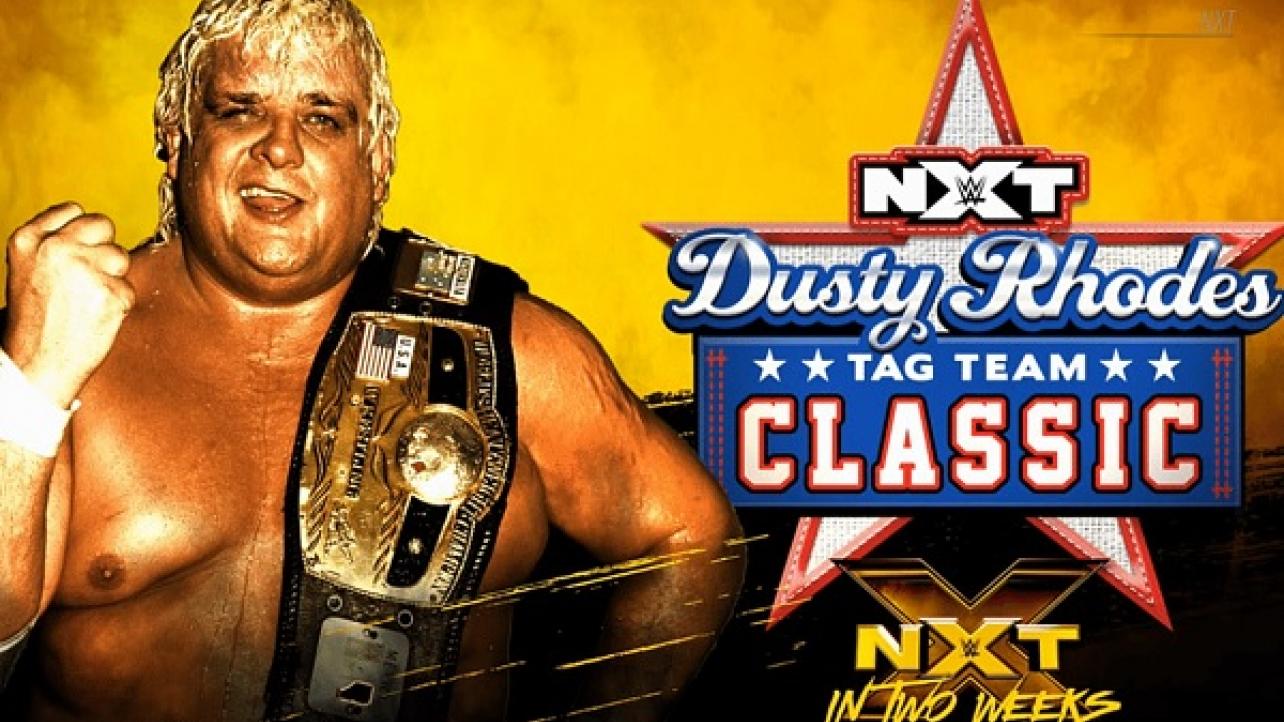 WWE returns to the WWE Network from Full Sail University in Winter Park, Florida this evening for this week’s episode of NXT TV.

For one tag team, the road to TakeOver: New York and possible championship glory winds through the Dusty Rhodes Tag Team Classic. See which teams will move one step closer to earning a match against NXT Tag Team Champions The War Raiders when the tournament’s First Round takes place this week on WWE Network.

#DIY reunite in NXT against The Undisputed ERA

In a First Round packed with incredible matchups, none raises eyebrows quite like #DIY vs. The Undisputed ERA. As former NXT Tag Team Champions, both tandems know what it takes to make it to the top of the black-and-gold brand’s tag division.

While Raw and SmackDown LIVE have come calling for NXT Champion Tommaso Ciampa & Johnny Gargano, The Blackheart is intent on proving to Gargano that they can still rule the roost, together, in NXT. Undisputed ERA, meanwhile, remain steadfast in their goal of being draped in gold — a goal that could begin to take shape if Bobby Fish & Kyle O’Reilly have a successful showing in the Dusty Classic.

The NXT Universe might have a hard time picking a favorite when Moustache Mountain throw down with The Street Profits in the First Round. Tyler Bate & Trent Seven are searching for their first taste of championship gold since losing the NXT Tag Team Titles last summer, while Angelo Dawkins & Montez Ford are looking to add to their coffer, which already includes the EVOLVE Tag Team Championships. Will Bate & Seven’s post-modern British style of combat carry the Big Strong Bois into the Semifinals, or can Ford & Dawkins thunder-and-lightning combination result in a win for the Sultans of Swag?

Aleister Black & Ricochet have gotten their WWE tag team career off to a spectacular start, recording wins over some of the red and blue brands’ top Superstars, from Raw Tag Team Champions The Revival to Shinsuke Nakamura & Rusev. As they now turn their focus to the Dusty Classic, The Dutch Destroyer and The One and Only get set to face dual-brand Superstars Fabian Aichner & Marcel Barthel.

Thanks to their innovative, hard-hitting arsenal, Barthel & Aichner have turned plenty of heads on both NXT UK and NXT, but can their success on both sides of the Atlantic translate to victory in sports-entertainment’s preeminent tag team tournament?

Fans of double-tough, smash-mouth wrestling are in for a treat when scrappy fan-favorites Oney Lorcan & Danny Burch go toe-to-toe with the self-professed “Savages of NXT,” The Forgotten Sons. Since competing in last year’s Dusty Classic, Lorcan & Burch have grown by leaps and bounds as a duo, gaining more confidence by the day and even reaching the brink of championship glory during their NXT Tag Team Title rivalry with The Undisputed ERA last year.

The long-toiling Steve Cutler & Wesley Blake, in contrast, are dead-set on making sure they’re never overlooked or underappreciated by NXT fans or management ever again. To emphasize that point, The Forgotten Sons have left a trail of bodies in their wake over the past several months. The one thing that links the two teams is their mutual willingness to throw down at a moment’s notice, an ingredient which is guaranteed to make for a wildly fistic First-Round Match.