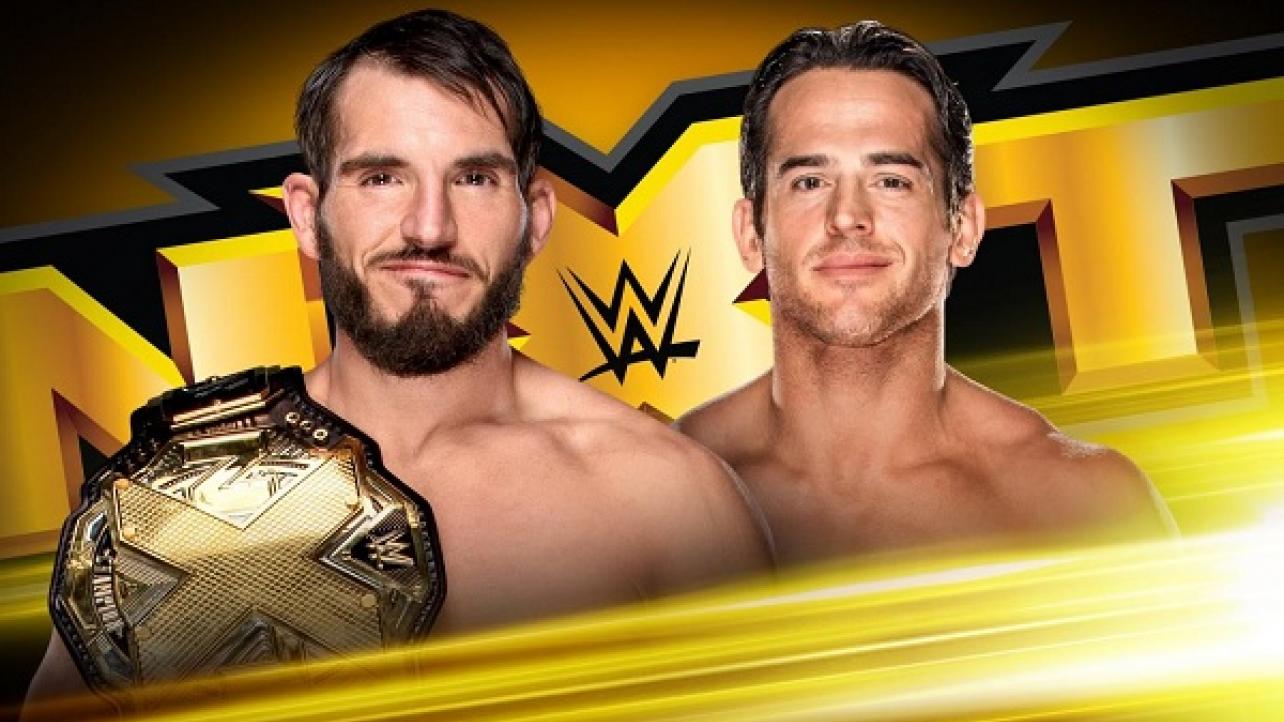 The black-and-gold brand returns to the WWE Network this evening, as this week’s edition of NXT TV goes down tonight at 8/7c.

A night of new opportunities awaits the black-and-gold brand, as The Street Profits aim to send a message to the reigning NXT Tag Team Champions, The Viking Raiders, in a non-title matchup. Plus, Roderick Strong intends to emphasize his last name against Undisputed ERA’s No. 1 target, NXT Champion Johnny Gargano, in a heated grudge match.

A blindside attack by Roderick Strong forced NXT Champion Johnny Gargano into the claws of Undisputed ERA last week, leading to a brutal beat down. While the unwarranted attack left Adam Cole pleased, the foursome’s de facto leader received a shock to his system when NXT General Manager William Regal announced that Gargano handpicked Strong as his opponent for this week’s grudge match. Although Cole continues to toss and turn over the NXT TakeOver: New York aftermath, Strong now finds himself in a unique position, where he can seize an opportunity that could surge his, if not the rest of Undisputed ERA’s, stock price.

On the other side of that fence, though, is a charged-up Gargano who is in his sharpest form to date as NXT Champion. With a target on his back, Johnny Champion appears to be focused on making an example out of Strong, Undisputed ERA and anyone else who steps to him with a challenge. Who’ll be the one to claim victory?

An opportunity was all The Street Profits wanted, and on Wednesday that door will finally fly open.

Montez Ford & Angelo Dawkins will look to turn risk into opportunity when they go up against the battle-tested NXT Tag Team Champions, The Viking Raiders, in non-title tag-team action. Ford & Dawkins have been eyeing that perch above the Tag Team division since the start of the year, molding their game plan around one thing: opportunity. With Ivar & Erik recently shifting over to Raw, will the change in real estate cause a disruption in the burly warriors’ focus against Ford & Dawkins?

Candice LeRae goes up against the Borne & Boujee alliance

After succeeding in her mission to knock down Aliyah from her high horse a few weeks back, Candice LeRae will once again square up against her boujee nemesis and her partner-in-crime Vanessa Borne. LeRae won’t be alone, though. With a mystery partner by her side, can LeRae pour on Aliyah & Borne’s parade, or will Aliyah & Borne be the ones with the last laugh in this grudge match?

“Do unto…” Humberto Carrillo?

Whenever the “Do Unto Others” Tour rolls around, bad things happen. Just look at the carnage left after Jaxson Ryker’s previous bouts for high-definition proof. Going up against that thorny storm will be the rising force of Humberto Carrillo. Can Carrillo dump an upset on The Forgotten Sons’ path of savagery? Or will it be another successful tour stop for Ryker and the boys?