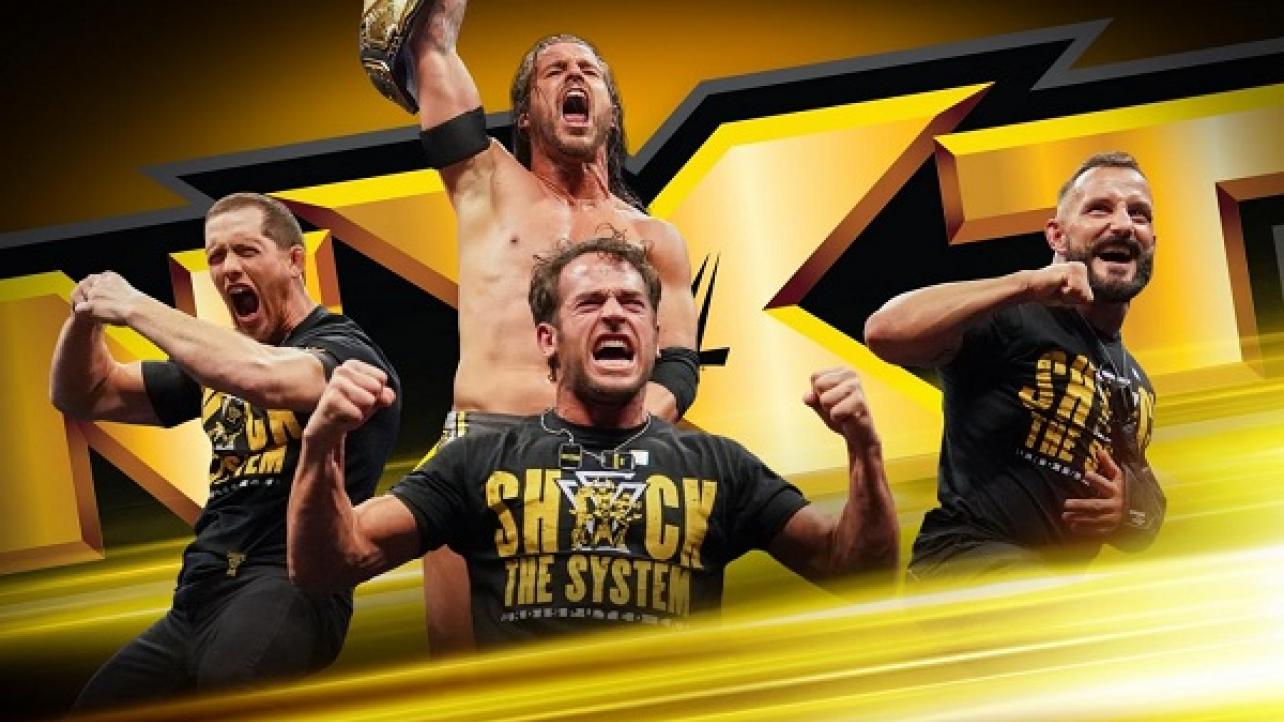 WWE returns to the WWE Network this evening for this week’s edition of NXT TV from Full Sail University in Winter Park, Florida.

Moments before seizing his first NXT Championship victory, a battered yet resilient Adam Cole gathered enough assuredness to dish out one final verbal warning to Johnny Gargano: “You had your special moment; now it’s time for mine.” This week, 24-karat magic will be in the air inside Full Sail Live when the newly crowned titleholder arrives dripping in championship gold to celebrate a marquee moment he can finally call “mine.”

As Cole prepares to make his first appearance since NXT TakeOver: XXV, he will no doubt have much to say about his career-defining victory. Yet, so will Undisputed ERA generals Kyle O’Reilly, Roderick Strong and Bobby Fish, who now appear to be more focused than ever on reinforcing their longstanding goal of capturing every NXT title in 2019. Has Cole’s new reign also welcomed the dawning of a new ERA for NXT’s fearsome four?

After building suspense these past couple of weeks, Damian Priest gears up for combat as he looks to make his presence felt on the black-and-gold brand. What will the mysterious Superstar have in store for the NXT Universe?

Xia Li battles it out with Taynara Conti

It will be quite the back-and-forth strike contest when Xia Li steps up against Taynara Conti in action this week. Whereas Li boasts a hard-hitting background in wushu, Conti’s double-tough judo and jiu-jitsu skills are also nothing to play with. Expect nothing less than great intensity when this encounter goes down Wednesday at 8/7 C on the award-winning WWE Network.