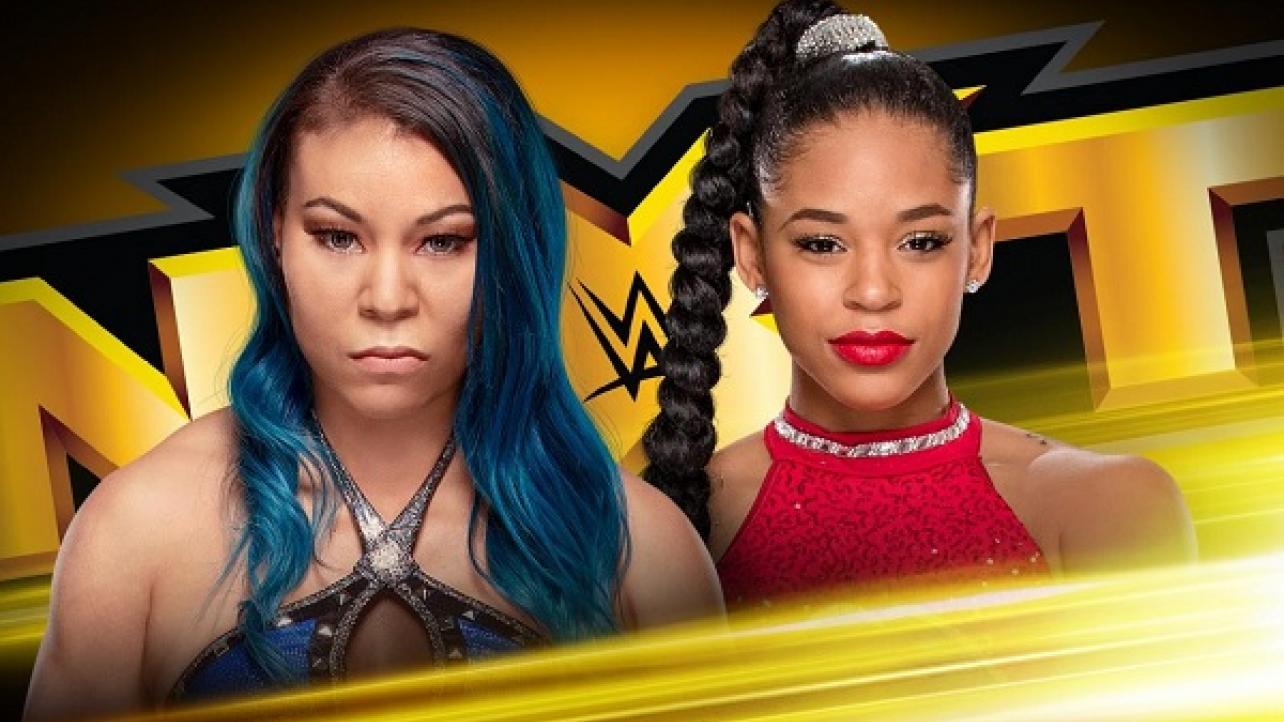 Following their big milestone event over the weekend, WWE returns to the WWE Network this evening with the fallout from Saturday’s live special with tonight’s post-NXT TakeOver: XXV edition of NXT TV.

WWE.com released the following preview for tonight’s show, which features matches that were taped prior to the NXT TakeOver: XXV special at the Webster Bank Arena in Bridgeport, Connecticut:

The war between Mia Yim and Bianca Belair reaches its boiling point in a highly anticipated rematch. Plus, Keith Lee prepares to go “Limitless” against Kona Reeves, and more on the tide-shifting night at NXT TakeOver: XXV.

Bianca Belair will be out for more than a victory when she squares up against Mia Yim this week.

In one of the most shocking moments in NXT TV history, Belair suffered her first pinfall loss at the hands of The Head Baddie in Charge, delivering a crushing blow to Belair’s undefeated state of mind. Needless to say, there will be no room left for discussion when these bitter enemies step inside the gold ropes for the latest chapter in their fervid rivalry. Can The EST of NXT redeem herself after last week’s devastating loss? Or will The HBIC deal her rival another dose of “Eat Defeat”?

After (literally) bouncing back strong in his in-ring return last month, Keith Lee prepares for another tussle, this time with former foe Kona Reeves.

The last time these fierce competitors went toe-to-toe, Reeves presented The Limitless Superstar with one of his toughest challenges yet. As they prepare to duke it out once more, The Finest is going to have to fine-tune that strategy, now that Lee appears to be at his most Limitless, as seen in his previous bout with Cezar Bononi. Can The Finest get the best of Lee in this next rumble?

What will be the fallout from NXT TakeOver: XXV?

A new era was ushered in at NXT TakeOver: XXV, and newly crowned NXT Champion Adam Cole ensured it was undisputed. Seeing new champions such as Cole and NXT Tag Team Champions Street Profits get crowned, unbelievable results like Io Shirai giving NXT Women’s Champion Shayna Baszler the beating of a lifetime, and not to mention Matt Riddle and Roderick Strong pulling out all stops in their reckless throwdown, what will the atmosphere be like from here? Relive all the highlights from TakeOver: XXV, including exclusive post-show interviews and much more, when NXT streams this Wednesday at 8/7 C, only on WWE Network.