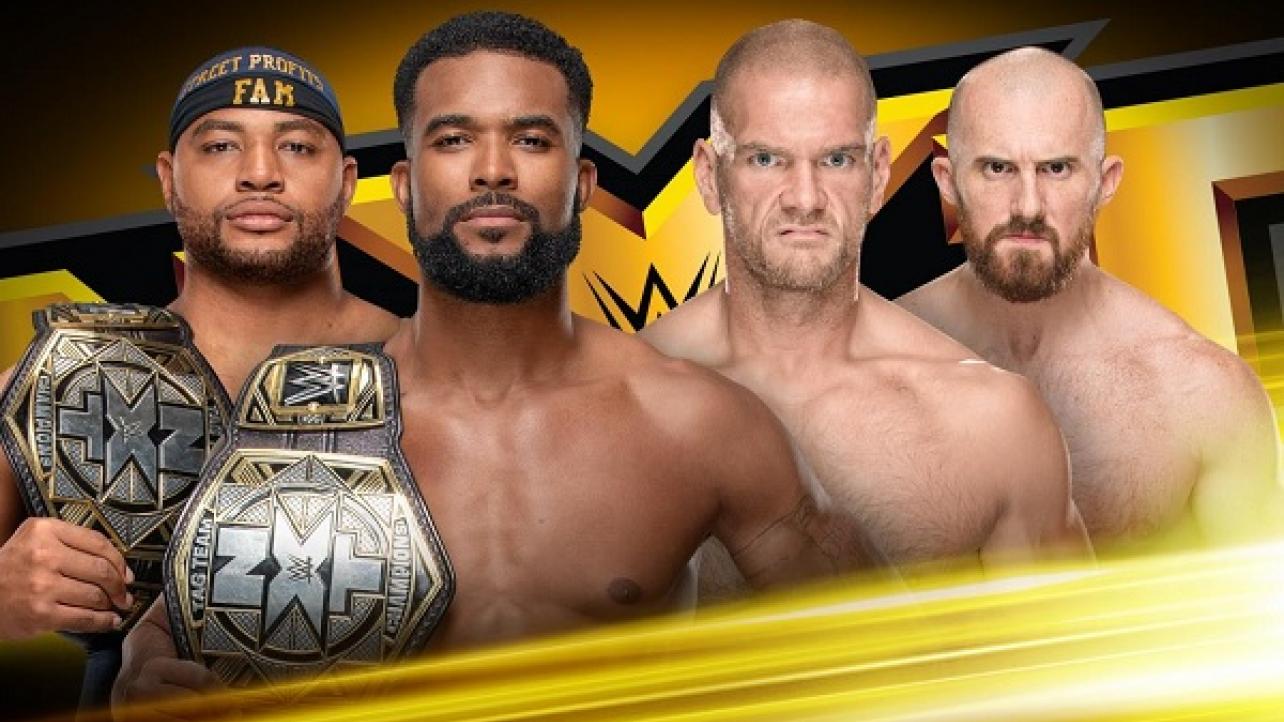 WWE returns to the WWE Network this evening with this week’s episode of NXT TV from Full Sail University in Winter Park, Florida.

The Street Profits put their NXT Tag Team Titles on the line against the hard-hitting duo of Oney Lorcan & Danny Burch. Plus, the NXT Breakout Tournament rolls on, and Damian Priest continues his quest to “live forever.”

Who said fireworks are only reserved for the Fourth of July?

The stage for this NXT Tag Team Title matchup was set on the June 26 edition of NXT TV, when Lorcan & Burch intercepted an attack by The Forgotten Sons on Montez Ford & Angelo Dawkins, leaving the champions with the following words: “You owe us.” After gladly accepting the challenge, the Profits look to bring the smoke against a gritty pair who are known to cook up whatever beef comes their way.

When it’s all said and done, who will walk out of this summertime sizzle with the NXT Tag Team Championship?

The NXT Champion will arrive with a third installment, after touching down in the 216 last week for a devious adventure that included everything from visiting Gargano’s family-owned restaurant to tacking his own championship portrait onto their wall and stopping by Gargano’s former wrestling school to tell a group of WWE hopefuls to “give up” and “find yourselves a new hero.” Clearly, the summer season won’t be the only cause for the spike in temperature between these two Superstars.

Where will the Bay Bay Championship Celebration Tour find The Panama City Playboy next?

Damian Priest has one goal in mind, and that’s ensuring his name “lives forever.”

As the towering force returns to combat this week, expect his mission to continue inside the squared circle.

Considering the reputation of both competitors, the NXT Universe will be in for quite a treat. Where Boa is a revered Jiu-Jitsu champion, Jordan Myles packs a video game-like offense that is nothing short of breathtaking.

Who will advance in the next round of this high-stakes tournament?

The NXT Universe was left with one reaction in the aftermath of Io Shirai and Shayna Baszler’s NXT Women’s Title Cage Match: “Wow.”

A loss and a steel chair were all the ingredients Shirai needed to explode into savage mode, viciously attacking Candice LeRae in a jaw-dropping post-match beatdown. Since the attack, plenty of questions have been raised surrounding Shirai and her actions against LeRae.

What fallout will occur after The Genius of the Sky’s unhinged outbreak? Find out when NXT streams tonight at 8/7 C on WWE Network.

Make sure to check back here at eWrestling.com later tonight or early Thursday morning for complete NXT TV results from this week’s show!