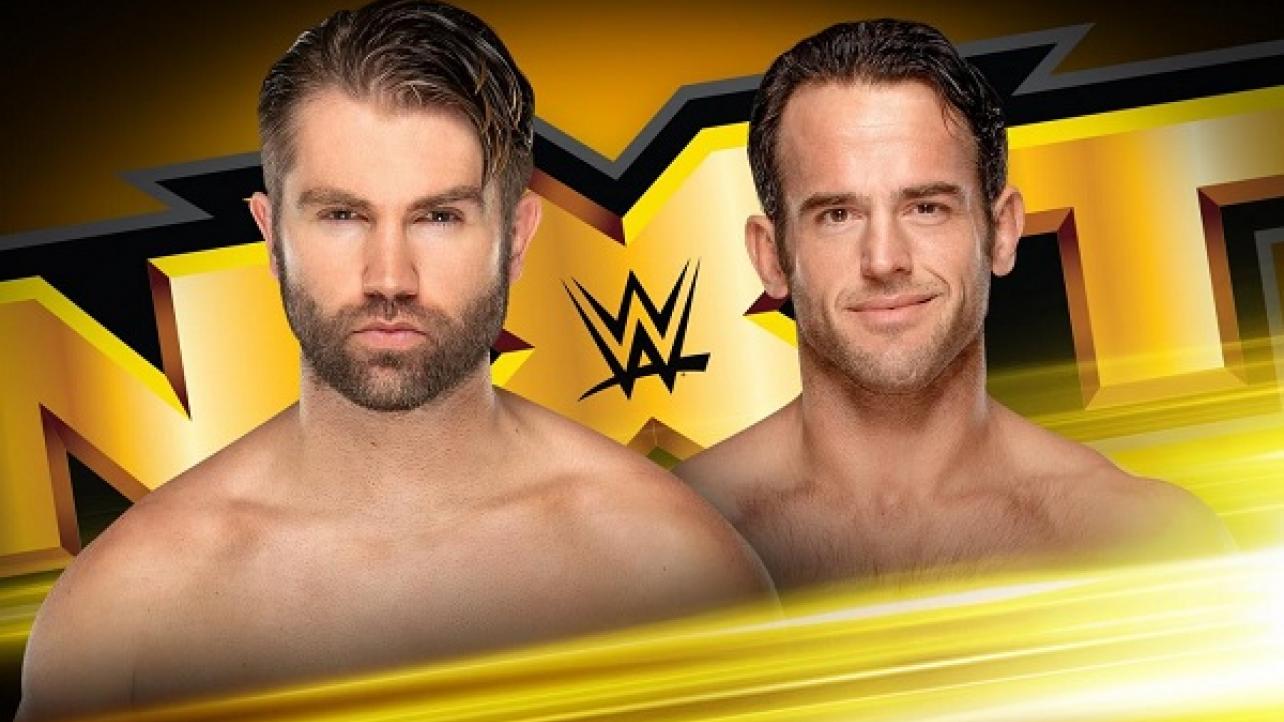 WWE returns to the WWE Network this evening for this week’s episode of NXT TV from Full Sail University in Winter Park, Florida.

WWE NXT preview, July 3, 2019: The battle between The Gorgeous and The Strong

Tyler Breeze steps up against The Undisputed ERA’s Roderick Strong for the first time on NXT TV. Plus, Isaiah “Swerve” Scott and Cameron Grimes make their debut in the NXT Breakout Tournament, while Mia Yim looks to implement some retribution against Aliyah.

After being on the receiving end of an upset victory by The Undisputed ERA, Tyler Breeze takes on Roderick Strong in what’s sure to be exciting one-on-one action. Ever since his gorgeous return to the black-and-gold brand, Prince Pretty has been busy flexing his “NXT OG” card against the current crop of NXT Superstars, taking care of unfinished business. He will face quite the challenge against The Messiah of the Backbreaker, who, too, has been running with a competitive fire as of late — serving Breeze and his Six-Man Tag Team partners Velveteen Dream & Matt Riddle a loss to continue Undisputed ERA’s reign of terror. Will Prince Pretty become another victim of Strong’s back-crumbling showmanship? Or will Strong become another name added to Breeze’s catalog of NXT milestones moments?

The NXT Breakout Tournament rolls on

In the words of NXT announcer Mauro Ranallo, last week’s First Round battle between Joaquin Wilde and Angel Garza in the NXT Breakout Tournament was nothing short of “Mamma Mia!” material. Picking up from that exciting contest will be the dazzling talents of Isaiah “Swerve” Scott and Cameron Grimes.

In one corner will be the light-footed Scott, who’s just as dangerous when he takes off in the air as he is during a limb-twisting submission on the mat. Across from him will be the grappling powerhouse Cameron Grimes, who packs more kicks than a soccer player.

Who will make it out to the Second Round?

Can it all be so simple?

Sparks (and fists) will fly when Mia Yim shares the ring with Aliyah. For the last couple of weeks, the boujee queen and her pal Vanessa Borne have been throwing shade on The Head Baddie in Charge’s name, mocking her “lower” upbringing in comparison to their own “higher” lifestyle. That said, if it’s a fight they want, Yim is sure to bring the ruckus. Coming off two statement-making victories over Bianca Belair, momentum is already in The HBIC’s chamber, after all. As they prepare to set it off this week, can Aliyah back up her crude comments with a victory? Or will Yim make her petulant rival eat those words over a hot plate of Seoul Food?

Back to the future

Like the gust of the plutonium-powered DeLorean, Kushida prepares to punch his growing momentum into overdrive as he heads for battle inside Full Sail Live. With victories over Kassius Ohno, Kona Reeves and Drew Gulak, can the Japanese sensation carry on his impressive stretch on the black-and-gold brand?

The EST of NXT returns

Minor setback for a major comeback. That’s all the fuel Bianca Belair will carry to the ring this week, as she gears up for singles competition. After taking a tough loss to Mia Yim, The EST of NXT prepares to bounce back strongly — ultimately, spelling doom for whoever steps up against her. Find out how Belair claps back against the competition when WWE NXT streams live tonight at 8/7 C on the award-winning WWE Network.