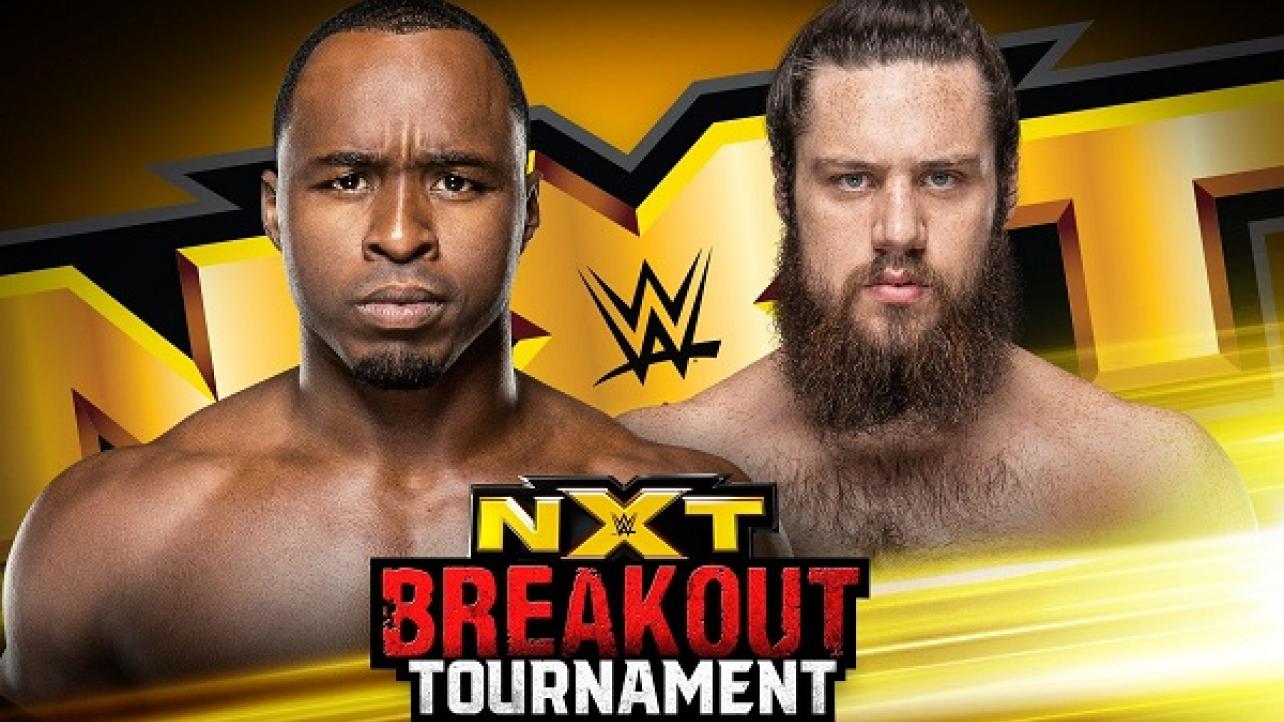 Following an incredible TakeOver: Toronto, the NXT Universe looks to the future as black-and-gold brand newcomers Jordan Myles and Cameron Grimes battle in the finals of the inaugural Breakout Tournament. Which Superstar will prevail and earn an NXT championship opportunity of his choosing? Plus, Breezango reunite to face the rough-and-tumble Forgotten Sons.

It all comes down to this: After two rounds of intense in-ring action, the first-ever NXT Breakout Tournament concludes this week when the fast-and-furious Jordan Myles tangles with country-strong Cameron Grimes in the finals.

To win the eight-Superstar tourney would be a huge accomplishment on its own, but the final matchup carries hefty stakes even beyond the bragging rights, as the victor will be rewarded a title match against any NXT champion of his choice. Most Superstars strive years for such an opportunity. For Myles and Grimes, both of whom joined the WWE Performance Center last February, a win this week could put one of their careers on the fast track.

Find out which Superstar breaks out from the field and charges into title contention when NXT streams Wednesday at 8/7 C, only on the award-winning WWE Network.

Fandango raced back into the hearts of the NXT Universe two weeks ago when he returned from the sidelines to help longtime teammate Tyler Breeze fend off an attack by The Forgotten Sons. Fandango’s clutch assist excited Breezango loyalists around the world, but it also left The Savages of NXT fuming and pledging payback. This week, Steve Cutler & Wesley Blake will get their chance at exactly that when they battle Breezango in what will be Fandango’s first bout on TV since undergoing shoulder surgery more than a year ago.

On the same night of his return, Fandango made it known in a WWE.com interview that he believes Breezango are due to be “reimagined” as the team enters its next phase. Will Breeze & Fandango’s new outlook spell success against Cutler & Blake? Or can The Forgotten Sons, who will have the perpetually angry Jaxson Ryker in their corner, make a bold statement against the beloved pair?

Catch all the fallout from TakeOver: Toronto

The gold standard in sports-entertainment once again exceeded all expectations at TakeOver: Toronto. From the unrelenting brutality of the steel-cage conflict that decided Adam Cole and Johnny Gargano’s NXT Championship 2-out-of-3 Falls Match, to Shayna Baszler’s gritty triumph over Mia Yim in the NXT Women’s Championship bout, TakeOver’s return to the Queen City featured one unforgettable clash after another.

Relive the biggest moments from Saturday’s WWE Network special, plus watch post-TakeOver interviews with the night’s winners and losers, on this week’s episode of NXT.