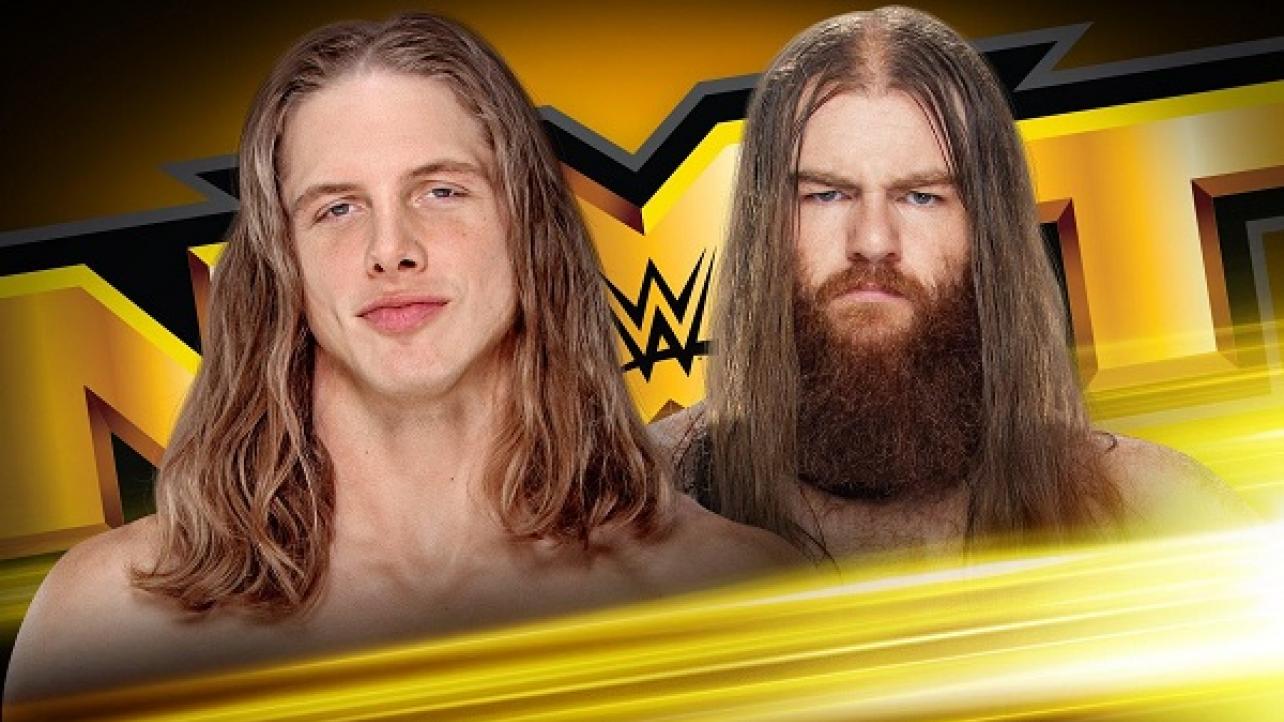 NXT TV Preview (8/7): The Original Bro Looks To Tame The Beast Of Belfast

WWE returns to the WWE Network this evening with their latest weekly episode of NXT TV from Full Sail University in Winter Park, Florida.

Featured below is the official WWE.com preview for tonight’s show, which is the “go-home” episode heading into Saturday’s NXT TakeOver: Toronto live special as part of WWE SummerSlam Weekend.

Two of NXT’s most dangerous Superstars will do battle when Matt Riddle takes on Killian Dain. Can The Original Bro “return the favor” of Dain’s vicious sneak attack now that he gets his wish of a face-to-face showdown with the returning Beast of Belfast?

A fight’s going to break out this week on NXT when Matt Riddle goes head-to-head with the newly returned Killian Dain. The Original Bro owes Dain a receipt for the carnage he wreaked weeks ago, when The Beast of Belfast ambushed Riddle from behind and smashed him through the entrance stage floor.

The path of destruction from Dain’s first tenure in NXT still smolders, but his decision to target Riddle is nonetheless a bold choice. Since Dain’s been gone, Riddle has emerged as NXT’s resident tough guy, an elite athlete who’s well versed in practically every fighting discipline and who believes nobody can step to him in a fair fight. Now that The Northern Ireland Nightmare is back, he remains unconvinced that The Original Bro should survive in his recaptured domain.

Tune in to NXT this Wednesday at 8/7 C, streaming on the award-winning WWE Network.

Three nights before they collide under the bright lights of TakeOver: Toronto, NXT Tag Team Champions The Street Profits and challengers Bobby Fish & Kyle O’Reilly of The Undisputed ERA will make their bout title official with a contract signing inside the ring. Angelo Dawkins & Montez Ford and Fish & O’Reilly have traded plenty of barbs in recent weeks, but will either team get a psychological edge on the final NXT before TakeOver?

For weeks, Shane Thorne has let everyone within earshot know exactly how he feels about the NXT Breakout Tournament. Arguing that he’s better and more deserving of an opportunity than any of the NXT rookies invited to take part in the event, the self-described “Black Swan” has repeatedly lashed out at tournament competitors. Thorne even stormed the announce desk on the July 24 edition of NXT to unleash a tirade about the tournament.

This week on NXT, the audacious Aussie will have a chance to back up his words when he battles tournament alum Joaquin Wilde, the world-traveled daredevil that Angel Garza eliminated in the first round. Thorne is out to prove a point, but so is Wilde as he looks to rebound after his impressive, if unsuccessful, NXT TV debut.

The clock is counting down to this Saturday at 7 ET/4 PT, when NXT TakeOver: Toronto streams live on the award-winning WWE Network.

Before that epic event, check out previews of the marquee matches this week on NXT. From the NXT Championship 2-out-of-3 Falls Match between bitter foes Adam Cole and Johnny Gargano, to Mia Yim’s NXT Women’s Title opportunity against champion Shayna Baszler, prepare to get hyped for all the action on the docket this Saturday.

Make sure to check back here at eWrestling.com this evening for a complete NXT TV recap, and return on Saturday for live NXT TakeOver: Toronto results coverage, as well as on Sunday for live results of WWE SummerSlam 2019!

NXT TV Preview (8/7): The Original Bro Looks To Tame The Beast Of Belfast