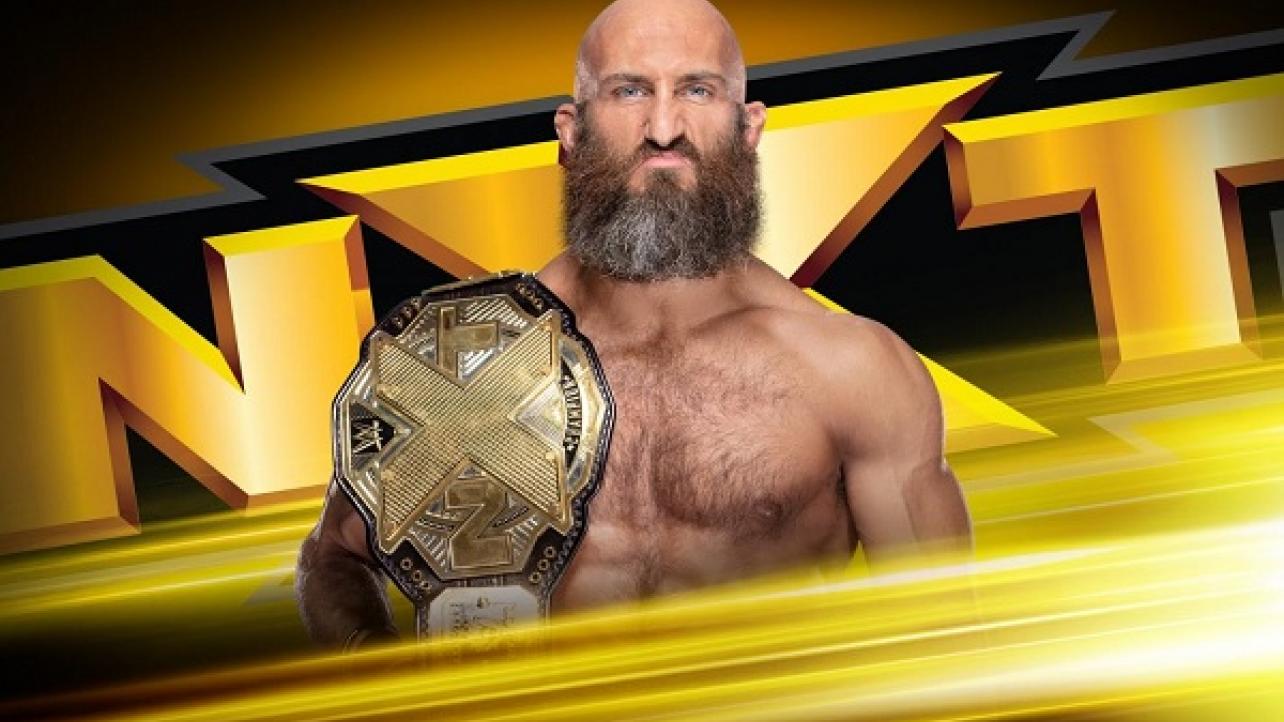 WWE returns to the WWE Network this evening with the latest weekly episode of NXT TV.

For the first time since TakeOver: Brooklyn IV, NXT Champion Tommaso Ciampa will be in action on WWE Network, taking on Heavy Machinery’s Otis Dozovic. Plus, The Street Profits eye retribution on The Mighty, and more on the ongoing investigation into Aleister Black’s attack.

Otis Dozovic and NXT Champion Tommaso Ciampa have a score to settle, and it has a lot to do with the age-old lesson: Keep my name out of your mouth. Dozovic, who participated in NXT General Manager William Regal’s ongoing investigation into the attack on Aleister Black, name-dropped The Blackheart as a potential suspect, prompting Ciampa to confront him backstage.

Standing his ground, Dozovic made it clear that he wants all the smoke, but before the testy exchange could explode, Regal jumped in and ordered both NXT Superstars to handle their personal matters in the ring. Now Ciampa sets his sight on teaching his adversary a lesson in respect, while Dozovic prepares for his biggest match yet. In his first post-TakeOver bout, will The Blackheart make the Heavy Machinery member eat his words? Or will Dozovic prove himself to be Ciampa’s rude awakening?

Will William Regal address his investigation into Aleister Black’s attack?

It’s hard to imagine that a month has passed since a mysterious attack on Aleister Black left the former NXT Champion out of commission. Following the attack, NXT General Manager William Regal has been on the prowl to pin down a suspect, but that has only furthered the ambiguity surrounding the following words: Who did it?

Street Profits and The Mighty look to settle their unfinished business

For the past few months, Street Profits and The Mighty have been at each other’s throats. From meddling in matches to taking pages from one another’s playbooks, the two dynamic tag teams are clearly the thorn in each other’s side. Three weeks ago, Nick Miller & Shane Thorne donned masks and distracted Montez Ford & Angelo Dawkins while they competed against The Forgotten Sons, stealing their chains and causing them to lose the match. Funny enough, Street Profits pulled a similar stunt on The Mighty when they faced Heavy Machinery last month. Clearly, retribution will be on the brain when they go toe-to-toe this week.

NXT Women’s Champion Kairi Sane gears up for action, and one can only imagine what challenge awaits her in the ring Wednesday. Competition has been heating up in the NXT Women’s division, but in addition to the pool of Superstars waiting in the wings, The Pirate Princess also has Shayna Baszler to think about. Following her first match since winning the Women’s Title, Sane was confronted by The Queen of Spades, who revealed plans to invoke her rematch clause. While it’s unclear when Baszler plans to formally make a declaration, she’s already got The Pirate Princess’ attention. How will the champion fare in her scheduled matchup this week?

Lars Sullivan is on a warpath. Since making his return to NXT last month, the human freight train has left a path of destruction that has claimed victims in EC3 and Raul Mendoza. As he is set for action this week, what kind of pain does Sullivan have planned for the competitor who has the unfortunate task of facing him?