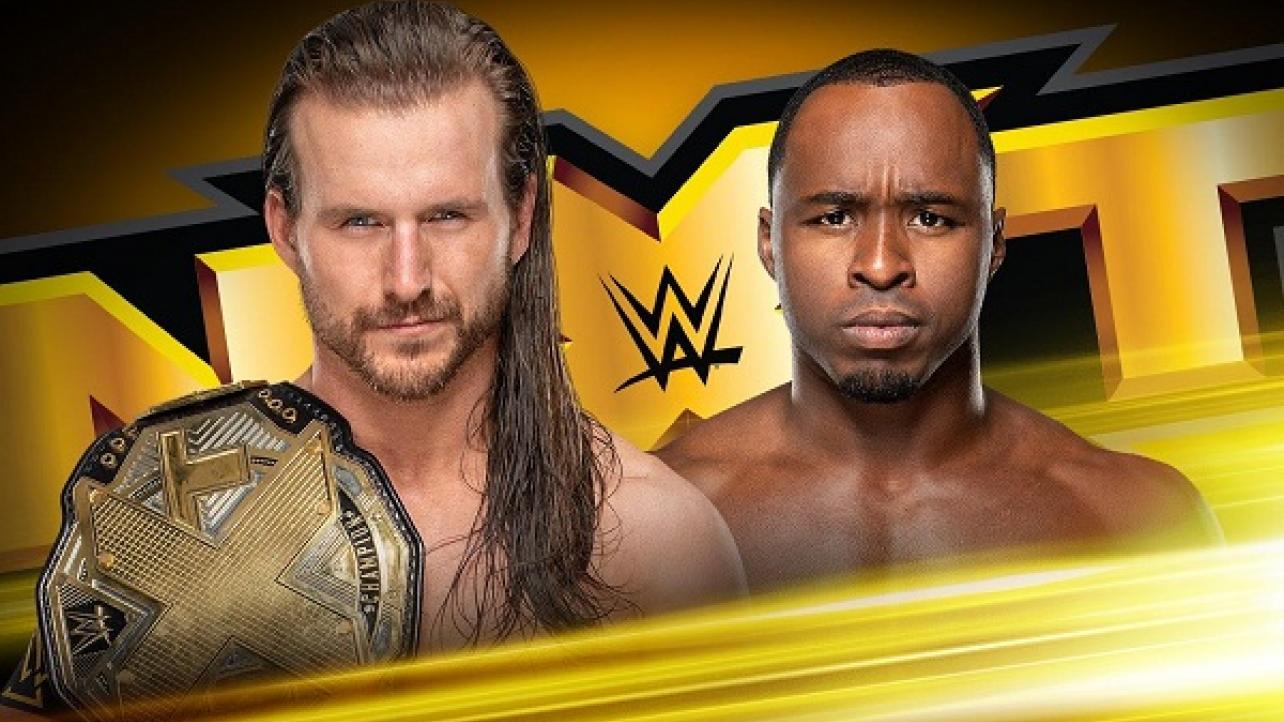 WWE returns to the WWE Network tonight with their second-to-last taped one-hour episode of NXT TV before the show moves to two-hour live weekly shows on the USA Network starting on Wednesday, September 18th.

This week, Jordan Myles will reap his reward for winning the NXT Breakout Tournament, as he challenges Adam Cole for the NXT Championship. Plus, Velveteen Dream collides with Kona Reeves, Bianca Belair battles Taynara Conti and more on this week’s episode of WWE NXT.

Jordan Myles receives the opportunity of a lifetime

Jordan Myles has worn an effervescent smile since arriving to NXT earlier this year, and if all goes according to plan, he’ll have even more reason to smile after Sept. 4, when he challenges Adam Cole for the NXT Championship on WWE Network.

Myles wasted little time declaring his intentions and cashing in his contract for a guaranteed title opportunity, his reward for winning the inaugural NXT Breakout Tournament. In setting his sights on Cole’s NXT Title, Myles is also aiming high, deciding to go after the top championship on the black-and-gold brand.

Although Cole initially laughed off Myles’ challenge, there is plenty of reason for The Undisputed ERA leader to take Myles seriously. Even though the high-flying Texan is new to NXT, he’s anything but a neophyte inside the ring, with more than a decade of experience facing stiff competition from around the world. And as he showed in the Breakout Tournament — where he strung together wins over Boa, Angel Garza and Cameron Grimes — he’s a tough man to keep down.

Two of NXT’s most outrageous and vainglorious Superstars are set to collide, as NXT North American Champion Velveteen Dream will face Kona Reeves on this week’s NXT.

Although Dream’s NXT North American Title will not be on the line, Reeves knows that a victory against the champion would likely rocket him into contention, a status that has so far eluded The Finest. With Dream perhaps preoccupied with Roderick Strong and his obsession of becoming NXT North American Champion, there might not be a better time than now for Reeves to make his move.

With several decisive victories under her belt in recent weeks, Bianca Belair is steadily building the case for why she deserves another crack at the NXT Women’s Title. Nonetheless, The EST of NXT will have her work cut out for her this week when she takes on Brazilian judoka Taynara Conti.

Combining world-class grappling technique with a seriously bad attitude, Taynara has been making waves of her own on the black-and-gold brand. Can the hot-tempered Real Black Belt of NXT notch her biggest win to date at the expense of the almost supernaturally strong Belair? Tune in to NXT this Wednesday at 8/7 C to find out.

Can Breezango keep their momentum going?

Breezango have been on a tear since reuniting under NXT’s black-and-gold banner. Vowing to “reimagine” their team, the fashion-forward duo has achieved nothing but success, putting down the brutish Forgotten Sons in August. Now Fandango & Tyler Breeze look to continue their winning ways when they return to the ring this Wednesday.