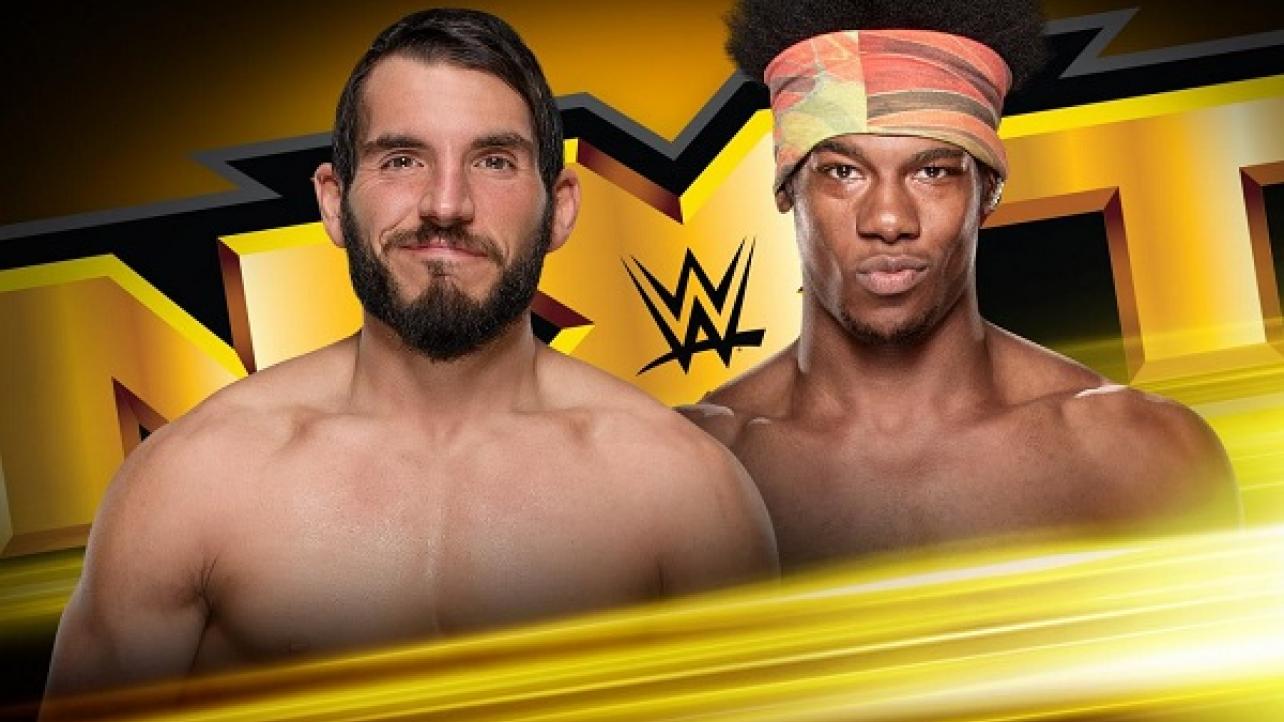 WWE returns to the WWE Network this evening for the latest taped episode of NXT TV from Full Sail University in Winter Park, Florida.

Johnny Wrestling has a score to settle with The Experience. After a tense confrontation last week, Johnny Gargano is set to go one-on-one against Velveteen Dream. Also on NXT, newly crowned NXT Women’s Champion Kairi Sane hits the squared circle for competition, and The Forgotten Sons look to make a memorable NXT debut.

Last week, Johnny Gargano entered Full Sail Live with a chip on his shoulder following the disheartening events of NXT TakeOver: Brooklyn IV. While admitting to the NXT Universe that he made “a lot of mistakes” in his relentless pursuit of the NXT Championship, Gargano was interrupted by Velveteen Dream, who made it clear that he wasn’t there for any “Woe is Johnny” speeches and referred to Johnny Wrestling as “Johnny Failure.”

Looking to settle matters, the two NXT Superstars are set for one-on-one action this week. Can Gargano swap out self-doubt for a victory, or will The Experience add another big win to his growing momentum?

Kairi Sane put an end to Shayna Baszler’s dominant reign as NXT Women’s Champion at NXT TakeOver: Brooklyn IV, proving that she, too, can “go for the jugular.” Heavy is the head that wears the crown, though. As The Pirate Princess competes in her first match since winning the championship, she does so with a target on her back, as well. Who will be her first opponent, and who else has their eyes fixed on the top prize of the NXT Women’s division?

Last week, Wesley Blake & Steve Cutler, better known as The Forgotten Sons, sat with NXT General Manager William Regal and demanded attention. The roughneck collective insisted they were being overlooked, so Regal finally gave them what they wanted. Now that they have a match, can they capitalize on this long-awaited opportunity with an attention-grabbing debut?

Kassius Ohno and Kona Reeves to do battle

Clamoring for bigger opportunities since he made his return, Kassius Ohno might have found precisely that this week with NXT’s Finest, Kona Reeves. Will The Knockout Artist land a second consecutive victory, or will Reeves’ Hawaiian Drop leave Ohno in a state of unconsciousness?

Find out Wednesday when WWE NXT streams at 8/7 C, exclusively on the award-winning WWE Network.