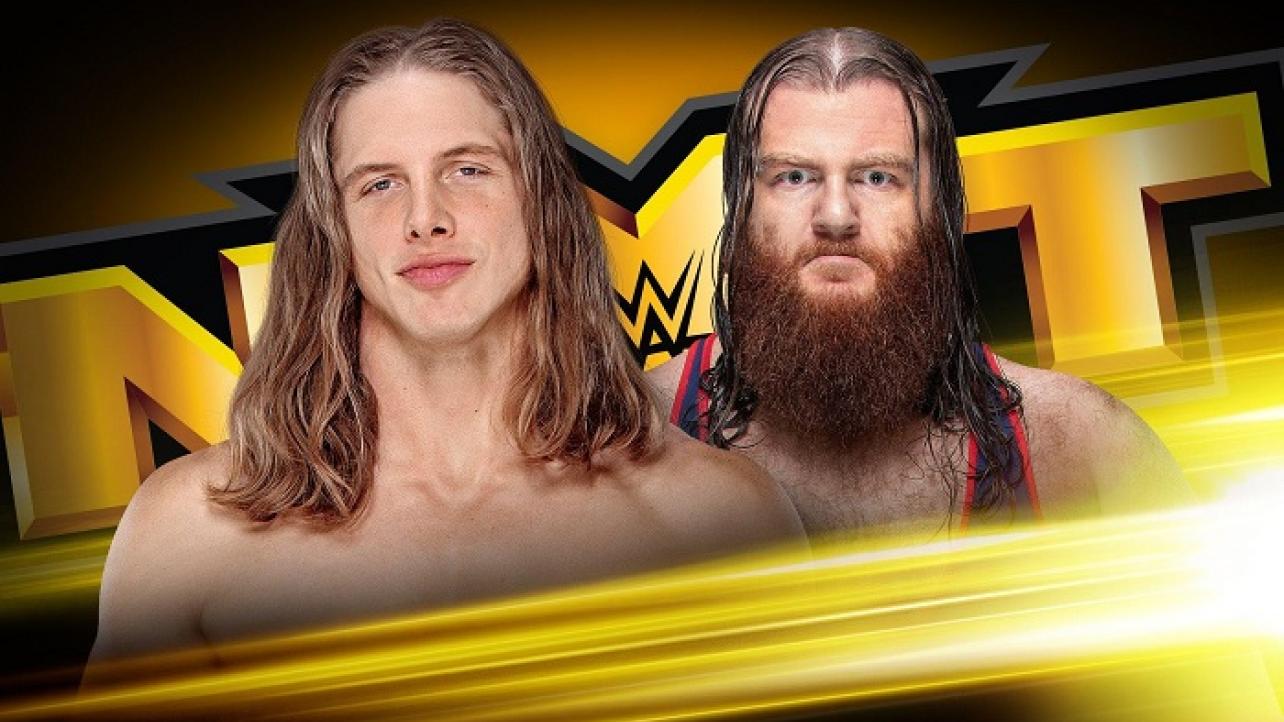 The sophomore episode of #NXTonUSA & #WWENXT on #WWENetwork kicks off soon!

Just like last week, hour one of NXT TV this week will air live on the USA Network starting at 8/7pm C., with the action continuing with a live second hour streaming on the WWE Network.

The debut of WWE NXT’s live broadcast ended in chaos last Wednesday, when Matt Riddle and Killian Dain’s Street Fight broke down into bedlam – and engulfed almost the entire NXT roster. When the melee settled down, NXT General Manager William Regal declared that the Street Fight would continue in seven days, with an added incentive: The winner will earn the right to challenge NXT Champion Adam Cole. Who will emerge from what is sure to be a brutal brawl with a golden opportunity? Find out on WWE NXT when it airs live tonight at 8/7 C on USA Network. The action will continue at 9/8 C on the award-winning WWE Network.

After no winner was declared in last Wednesday’s wild Street Fight, Matt Riddle and Killian Dain are set to collide in a rematch tonight on USA Network. This time, an opportunity against NXT Champion Adam Cole hangs in the balance.

NXT General Manager William Regal added the heightened stakes as incentive for Riddle and Dain to finish their war once and for all. Last Wednesday’s brawl engulfed much of the NXT locker room, resulting in mayhem that had no chance of being contained.

With an NXT Championship opportunity on the line in the rematch, there’s no telling how far Riddle and Dain will go to be declared not only the victor, but also the new No. 1 contender.

The captain of Team Kick is back!

Dakota Kai will make her return to the NXT ring tonight after spending all of 2019 on the shelf due to a torn ACL. How will the hard-hitting Kiwi fare in her first match back?

Keith Lee and Dominik Dijakovic to renew their thrilling rivalry

The rivalry between Keith Lee and Dominik Dijakovic has redefined what big men can do inside the squared circle. Both Superstars pushed themselves to the limit while showing off their speed, power and agility in high-flying, hard-hitting battles that had the NXT Universe picking up their jaws off the floor. Tonight, the two beasts will lock horns again.

Dijakovic was victorious in the rivals’ last encounter in August – but can Lee even the score when this epic rivalry is renewed?

The Ring General threw down the gauntlet over the weekend, days after Kushida interrupted Imperium’s intrusion, in which they took out Kushida’s scheduled opponent, Denzel Dejournette. Will Kushida have any luck finding teammates who are willing to step up to NXT UK’s menacing faction?

Tune in to NXT when it airs live Wednesday at 8/7 C on USA Network. The action then continues at 9/8 C, exclusively on the award-winning WWE Network.

Make sure to join us here at eWrestling.com tonight for LIVE NXT TV On USA Network & WWE Network results coverage!

And it’s confirmed .. #WWE is coming-correct with their sophomore episode of #NXT on @USA_Network & @WWENetwork TONIGHT!

FULL BREAKDOWN of what to expect on #WWENXT: https://t.co/FNbzXMXh17 pic.twitter.com/1B2eaN4oqS