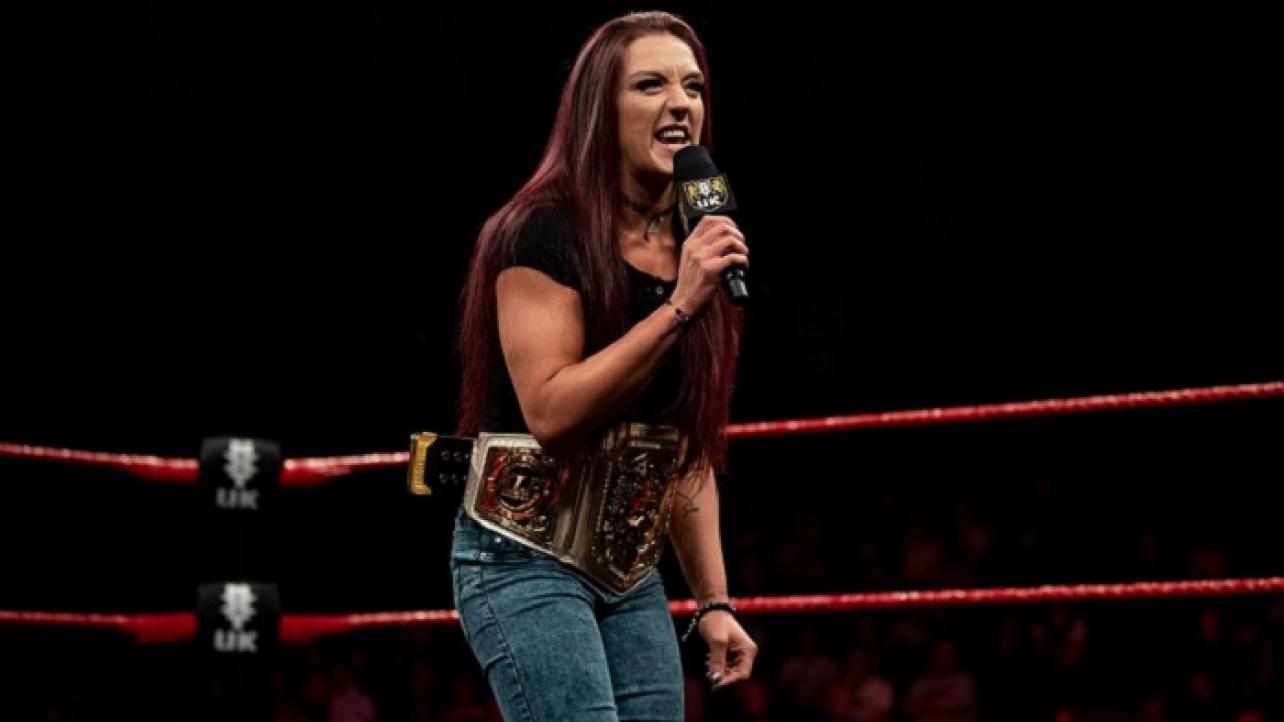 Kay Lee Ray recently spoke with the folks from Inside The Ropes for an in-depth interview covering all things pro wrestling.

During her discussion with the popular pro wrestling outlet, the NXT UK Women’s Champion spoke about praise she received from two-time WWE Hall of Fame legend Shawn Michaels, a dream match against the Four Horsewomen and who she would pick as her three partners and more.

On praise she received from two-time WWE Hall of Fame legend Shawn Michaels: “It is, it’s incredible to hear something like that said about yourself from anybody, never mind somebody like Shawn Michaels. It’s nice to know that that’s what they think but it’s nice to know that they also have very nice taste as well, because of course they support the forever champion! Who doesn’t support the forever champion?”

On enjoying working in the North American pro wrestling scene: “I always have the best time when I go to the States, whether it’s been for independent promotions or I’ve been over at WarGames. It is a dream and an aspiration of mine to go to the States at some point but I feel like I’ve got a very big responsibility here and I’m good with being forever champion for now.”

On how she would pick Raquel Gonzalez, Rhea Ripley and Bianca Belair for potential dream match against the Four Horsewomen: “I have been thinking about something recently though. I’ve went through pretty much all the Horsewomen and I know I would love to wrestle every single one of them individually but when you look at the champions right now, I would be lying if I didn’t say my dream match right now wouldn’t be… The NXT UK Women’s Champion Kay Lee Ray, we’ve got the NXT Women’s Champion in Raquel, we’ve got Bianca Belair, we’ve got Rhea. Let’s put the four of us against the Four Horsewomen! I think that would be amazing, and I’m probably stretching a bit here…but put us in WarGames, do whatever you like! Just let us go.”

Check out more from the interview with the top dog in the NXT UK women’s division by visiting ITRWrestling.com.