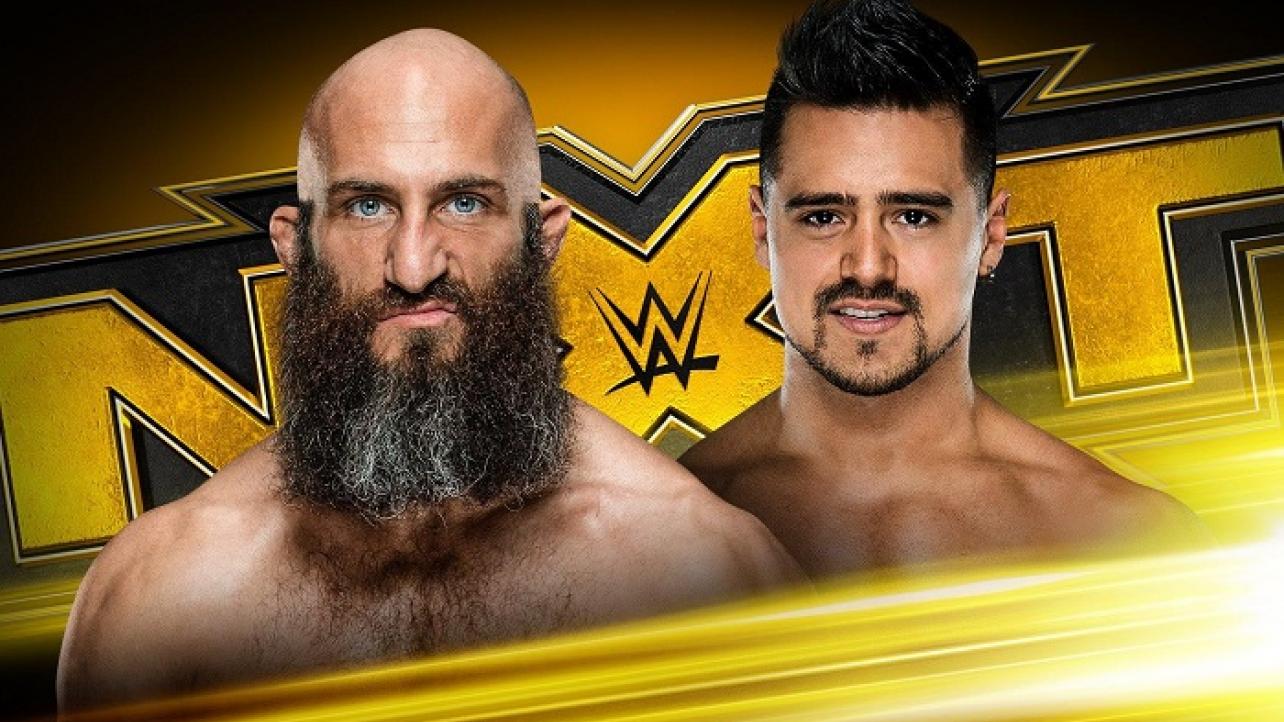 WWE’s black-and-gold brand returns to Full Sail University in Winter Park, Florida this evening for this week’s episode of NXT On USA.

Tommaso Ciampa made a shocking return during NXT’s live two-hour premiere on USA Network, confronting NXT Champion Adam Cole. However, Ciampa’s road to the NXT Title is taking a slight detour, as The Blackheart will compete for the first time in seven months when he battles Angel Garza. A backstage confrontation where Ciampa punched Garza led to NXT General Manager William Regal making this match. Will Ciampa show that he’s ready to go after “Goldie” once again, or will Garza ruin The Blackheart’s long-awaited return? Find out on WWE NXT, live tonight at 8/7 C on USA!

Former NXT Champion Tommaso Ciampa makes his long-awaited return to the ring tonight on NXT, when The Blackheart goes one-on-one with Angel Garza.

Garza interrupted a backstage interview with Ciampa, leading the former NXT Champion to deck the brash upstart. Will Ciampa show that he’s ready to reclaim the NXT Championship, or will Garza ruin his first match since undergoing neck surgery?

Pete Dunne stood tall against Danny Burch during NXT’s live two-hour premiere on NXT, but soon found out that he was in the crosshairs of The Archer of Infamy. Damian Priest leveled The Bruiserweight, but tonight, Dunne will be out for payback when the two clash inside the ring.

Priest said he attacked Dunne for the attention, and he will certainly get that next week. Will Dune get retribution, or will The Archer of Infamy hit the bullseye?

Keith Lee and Dominik Dijakovic square off in a rubber match

The epic rivalry between Keith Lee and Dominik Dijakovic will be settled when they square off in a rubber match tonight on WWE NXT.

Each Superstar has one win in this struggle that has redefined what big men can do inside the ring. They wowed the NXT Universe with stunning displays of aerial attacks in their last battle, on the Sept. 25 edition of NXT, which saw Lee emerge victorious to even the series at one apiece.

Who will walk away with giant bragging rights in this king-sized battle? Find out tonight!

The Girl with the Shiniest Wizard is back!

Tegan Nox will return to action on NXT this Wednesday, after being on the shelf since suffering a knee injury in the 2018 Mae Young Classic. How will the Welsh Superstar fare in her return to the ring? Find out this Wednesday at 8/7 C on USA Network!