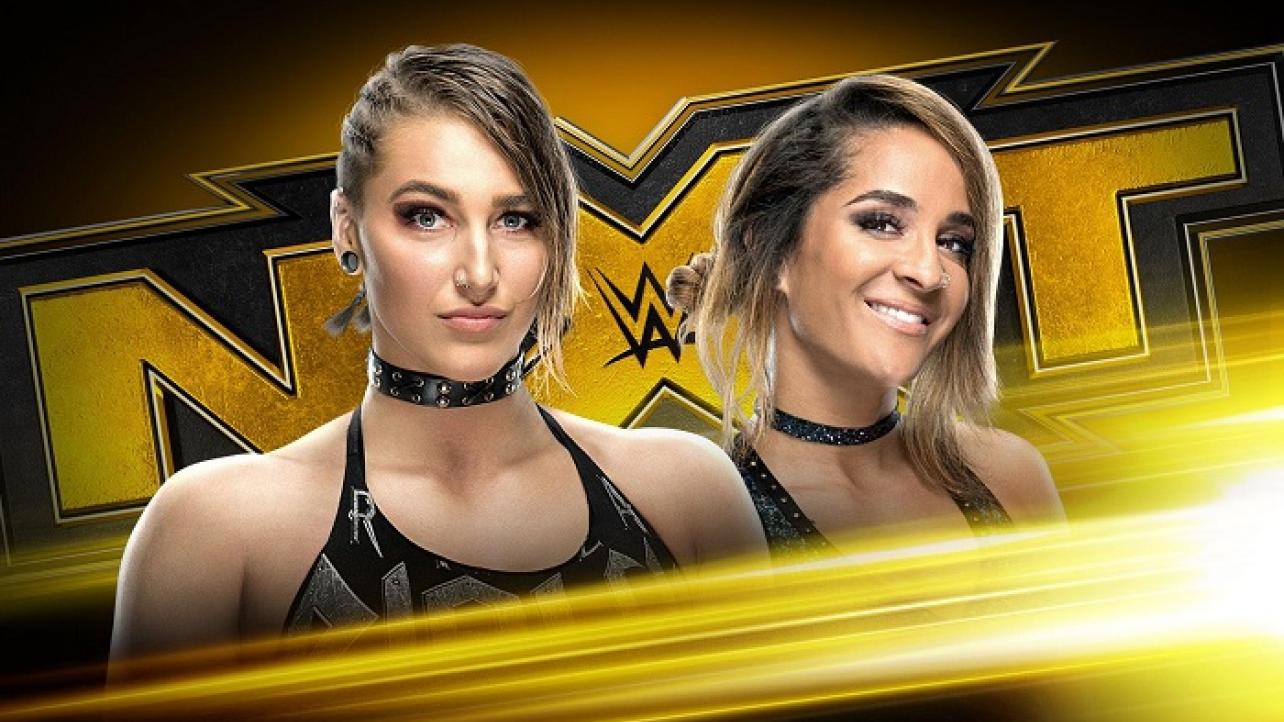 WWE’s black-and-gold brand returns to Full Sail University in Winter Park, Florida tonight, as WWE NXT returns on the USA Network this evening with this week’s episode of NXT On USA.

Rhea Ripley will have payback on her mind when she goes one-on-one with Dakota Kai tomorrow night on NXT. Kai betrayed her best friend Tegan Nox and left Ripley’s team high and dry during the first-ever Women’s WarGames Match at NXT TakeOver. Though The Nightmare’s team won, Ripley has not forgotten Kai’s duplicity. Will she get retribution, or will Kai continue to unleash her rage? Find out on WWE NXT, tonight at 8/7 C on USA Network!

Dakota Kai shocked the NXT Universe at NXT TakeOver: WarGames when she betrayed her best friend Tegan Nox and walked out on Team Ripley during the first-ever Women’s WarGames Match.

Tomorrow night on NXT, the turncoat will have to come face-to-face with the captain of the team she left high and dry: Rhea Ripley. The Nightmare stopped Kai’s brutal attack on Candice LeRae last week with a big boot that knocked a steel chair out of Kai’s clutches.

Will Kai’s new attitude make a difference, or will Ripley stomp out Kai? Find out tonight on WWE NXT, live at 8/7 C on USA Network!

How will Adam Cole respond to Finn Bálor’s attack?

NXT Champion Adam Cole thought he had found another ally in Finn Bálor, who previously stepped in between Tommaso Ciampa and his title. But after Cole helped Bálor defeat The Blackheart, the NXT Champion found out he was sorely mistaken, as Bálor clobbered him with a Pele Kick.

After being taken out by “The Prince,” how will Cole and his Undisputed ERA running buddies respond?

Can Lio Rush and Angel Garza be kept apart?

The rivalry between NXT Cruiserweight Champion Lio Rush and Angel Garza has grown in intensity in recent weeks. After Garza blew a kiss at the champion’s wife following their encounter several weeks ago, Rush confronted his rival after Garza’s match on the TakeOver: WarGames Pre-Show, decking the brash Superstar.

That set Garza off, as he tried to go after The Man of The Hour while Rush was thanking Akira Tozawa for a hard-fought battle last Wednesday. As this rivalry continues to heat up, can these two Superstars be kept from brawling? Find out tonight on WWE NXT, live at 8/7 C on USA Network!

After spending several weeks on the shelf, Kushida will return to action tonight on NXT.

The Japanese Superstar suffered a wrist injury in late September, then re-aggravated it in a one-on-one bout with WWE United Kingdom Champion WALTER, which forced him out of action. Now that he’s healed up, how will Kushida fare in his return to the ring? Find out tonight at 8/7 C on USA!

Make sure to join us here at eWrestling.com TONIGHT for LIVE NXT On USA Results coverage from Winter Park!