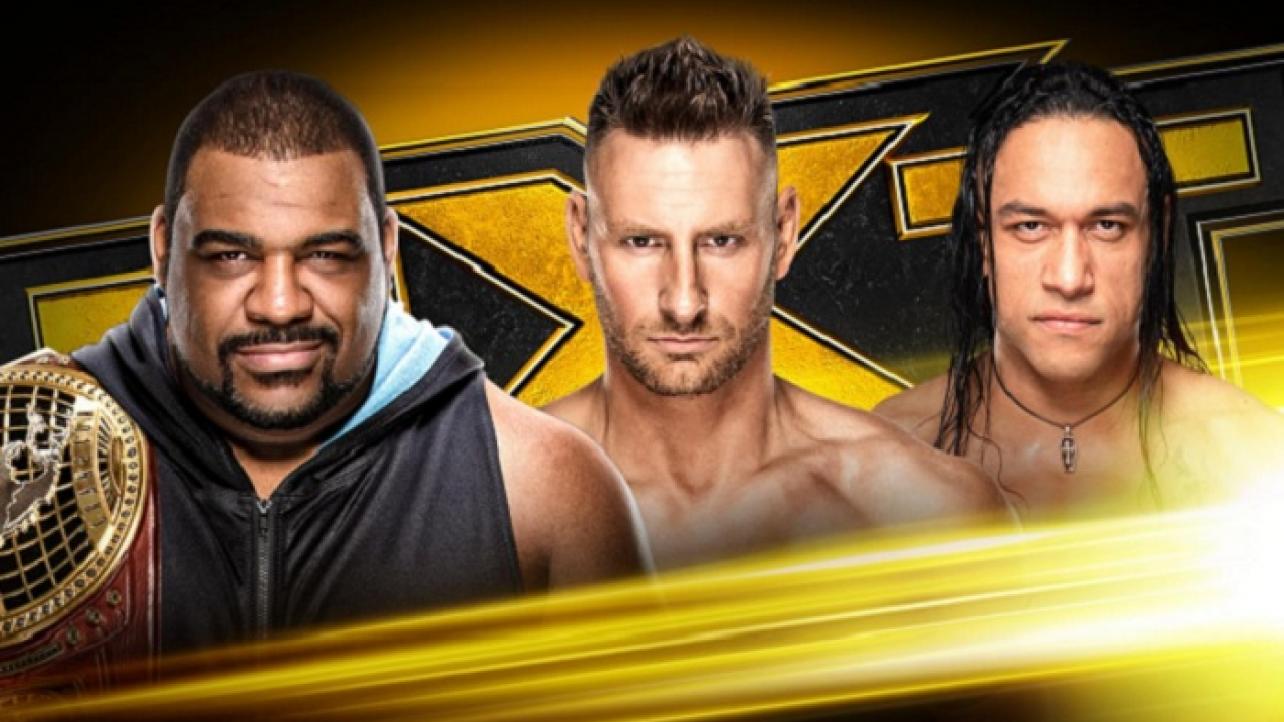 WWE returns to the USA Network this evening with this week’s episode of NXT On USA, as the WWE NXT brand returns with a show centered around the North American Championship match originally set for the NXT TakeOver: Tampa live special.

The NXT North American Championship is on the line tonight in a huge Triple Threat Match that was originally scheduled for NXT TakeOver. Both Lee and Dijakovic have felt the wrath of Priest and his nightstick in recent weeks, but any sort of alliance goes out the window under Triple Threat rules, as the first Superstar to score a pinfall or submission will be declared the winner. Who will walk out of this TakeOver showdown with the NXT North American Championship? Find out on NXT, tonight at 8/7 C on USA!

The NXT North American Championship will be on the line tonight on USA Network, when Keith Lee defends his title against Dominik Dijakovic and Damian Priest in a Triple Threat Match originally set to take place at NXT TakeOver.

There is no love lost between Lee and Dijakovic, as the two have redefined what big men can do in the ring with their recent series of epic battles, which Lee won the rubber match of at TakeOver: Portland. However, both men have found themselves in the crosshairs of Damian Priest, who attacked both men with a nightstick in recent weeks, even taking Dijakovic out of action for several weeks.

The momentum is seemingly in Dijakovic’s favor, as he took both Lee and Priest out with a huge senton off the ropes last Wednesday. But will that momentum carry over?

Who will walk out with the NXT North American Championship? Find out on NXT, tonight at 8/7 C on USA Network!

The final entrant in the NXT Women’s Title No. 1 Contender’s Ladder Match will be determined tonight in a Second Chance Gauntlet Match on USA Network.

The participants will be those who came up short in the initial qualifying battles. Superstars seeking out the last spot include Dakota Kai, Xia Li, Shotzi Blackheart, Kayden Carter, Aliyah and Deonna Purrazzo. Li was found reeling from an attack backstage and unable to compete in her previously scheduled qualifier against Aliyah, who was defeated by her replacement, the returning Io Shirai.

Who will claim the final spot and join Shirai, Candice LeRae, Tegan Nox, Mia Yim and Chelsea Green in the Ladder Match on April 8? Find out tonight on NXT at 8/7 C on USA!

The Velveteen Dream takes on Bobby Fish tonight on NXT

While he may have his sights set on NXT Champion Adam Cole, The Velveteen Dream will have to deal with another Undisputed ERA member before getting to The Panama City Playboy, as he will face Bobby Fish tonight.

Cole, in a message celebrating becoming the longest-reigning NXT Champion of all time, said his running buddies were hungry to get their hands on His Purple Highness, with Fish stepping up first. Dream was happy to accept the challenge.

Will Dream run through the former NXT Tag Team Champion as he seeks to take the NXT Title, or will his battle with Fish prove that he is undisputedly unqualified to challenge Cole? Find out tonight on NXT at 8/7 C on USA!