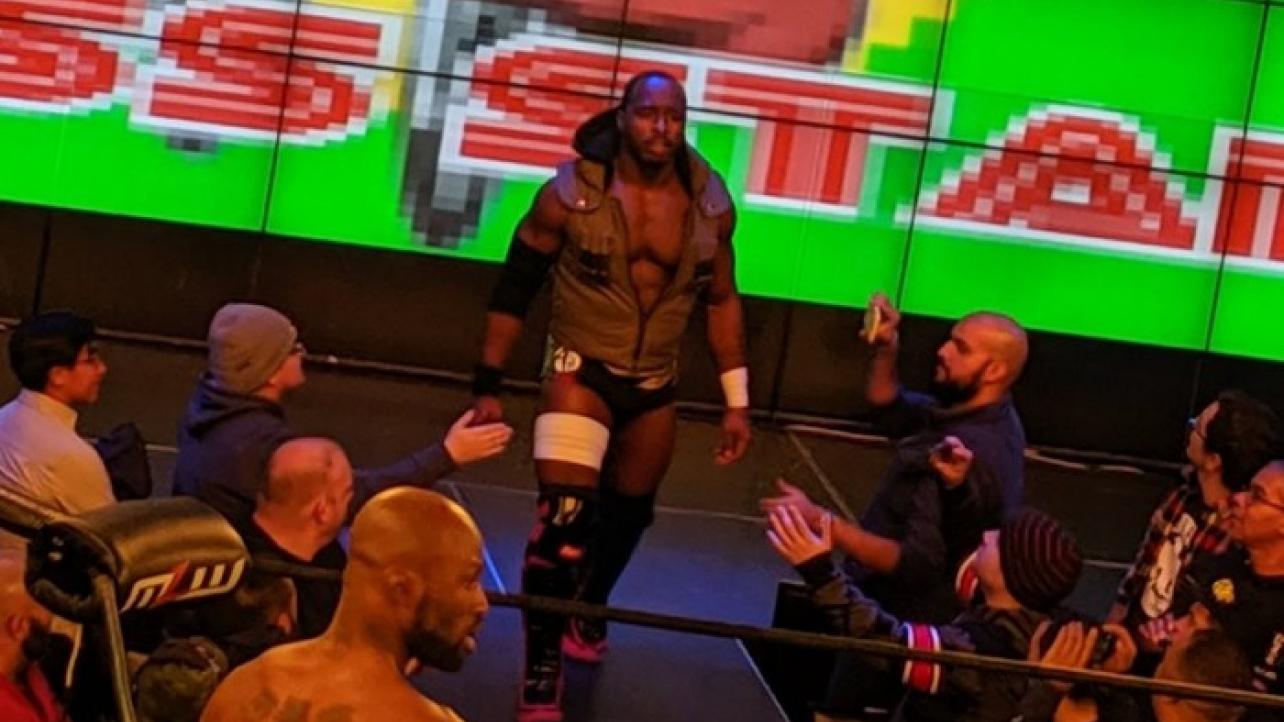 Former NXT Superstar Jordan Myles officially signed and debuted with Major League Wrestling (MLW) as Super ACH this week, and shortly after — he spilled his guts about a number of controversial topics on social media.

After parting ways with WWE following a very ugly, public dispute, and immediately after the news broke of his MLW signing, Super ACH spilled his guts on social media about a past locker room brawl with Jay Lethal, his racism beef with WWE and the controversial t-shirt design, the unexpected/sudden MLW release of Teddy Hart, as well as why he considers the ROH locker room to be the worst time in his career.

ACH IS BACK IN MLW

MLW is about to get suuuuuuuper! Fresh off of a surprise return last night at MLW’s Opera Cup event, Major League Wrestling today confirmed the return of ACH to the organization

ACH will next compete at MLW’s return to Dallas at MLW: Zero Hour at the NYTEX Sports Centre in the greater Dallas/Ft. Worth area on Saturday January 11. The event will be a MLW FUSION TV taping for beIN SPORTS.

Tickets start at $15 at http://www.MLWTickets.com.

Known for bombarding adversaries with a variety of 450º splashes and signature moves like the Dragon Ball Z (multiple elbows to a cornered opponent followed by a running thrust attack), ACH is a powerhouse anime character come to life.

Wowing crowds around the world, the Austin, Texas native is a dynamic athlete. Combining uncanny agility with blistering strikes, ACH is the evolution of the modern-day fighter.

Experience ACH take flight LIVE in Dallas and , you’ll agree that this hybrid wrestler is in fact “SUUUUUUUPER”!

Purchase your tickets today at MLWtickets.com and see MLW’s return to Dallas live.

Shortly after the announcement, ACH took to social media to take part in a Twitter Q&A with pro wrestling fans.

During the Q&A, ACH revealed a ton of details about his past brawl with Jay Lethal, his racism issues with WWE and the t-shirt controversy, Teddy Hart’s recent MLW release and more.

Featured below are some of the highlights of some of the more noteworthy tweets from ACH that came out of his Twitter Q&A on Friday:

Tall dark and handsome with a great sense of humor that Kayla would love?

I asked to leave both promotions.

Hated working for a grown man who didn’t have the BALLS to even look me in my eye and tell me the truth (Hunter Johnston) EVEN leaked a private meeting we had to the dirt sheets.

So till this day I’ll say it loud and clear.

I don’t like him. I never will. Stop asking me to apologize for what I’ve said because I won’t ever.

ROH locker was the worst time in my career for me. I’m over it! I dont care to talk about it. And I’ll do whatever in my powers

To make sure I’m never ever belittled, embarrassed, or bullied again.

No I’m not crazy, I dont need to chat with a doctor. I’m completely happy. I have a crush on Kayla Braxton. I’m far from fine and good. I’m super!

Tomorrow is my birthday so I will be focused on that. Holla! pic.twitter.com/7WdLsnYhil

In my best interest. Jimmy Jacobs a person who I respect was the reason I felt I had too. When I went to Lethal he never apologized to me for putting his hands on me. All he did was tell me how he’s felt with racism etc etc. but not ONCE did he ever say my bad for hitting you.

Lethal slapped me in a hotel room because he didn’t like me using the n word which he uses as well.

He tried to pull my bish cars in front of the locker room, but I defended myself. I hit him back and took him down.

When I sent out a counter design. Baker told me that HHH didn’t like it and it wasn’t his vision of me and that the design that got released was.

When I approached HHH he was under the impression I okayed it.

The real enemy in this WHOLE situation is Baker. He lied to me.. https://t.co/pGV5swNEDK

Where I’m from that word isn’t to belittle anyone. That’s my culture and how we communicate.

If he would have pulled me to the side and spoke to me like an adult rather than trying to belittle me in front of others. I would have listen. https://t.co/mlM6smZuPJ

Going in to ROH I was excited to be around lethal just because he was another African American who i thought was someone I could look up too. But after he hit me and i saw how he acted towards others. i lost all respect for him.

Me calling someone my “Nword” is completely different and something most ppl don’t understand. That’s how i talk.. if anyone African American ever told me they didn’t like the world being used. I’d stopped it out of respect for them, but to strike me? And he also told me https://t.co/qZtAsEJJfo

The reason he hit me was because he didn’t find it funny..

So let that sink in..

You can do what you want, but you’ll never ever silence me or my opinion on how that shirt made me feel. If you could walk a mile in my shoes you’d have a problem trying to put them on before you could even take a step in em.