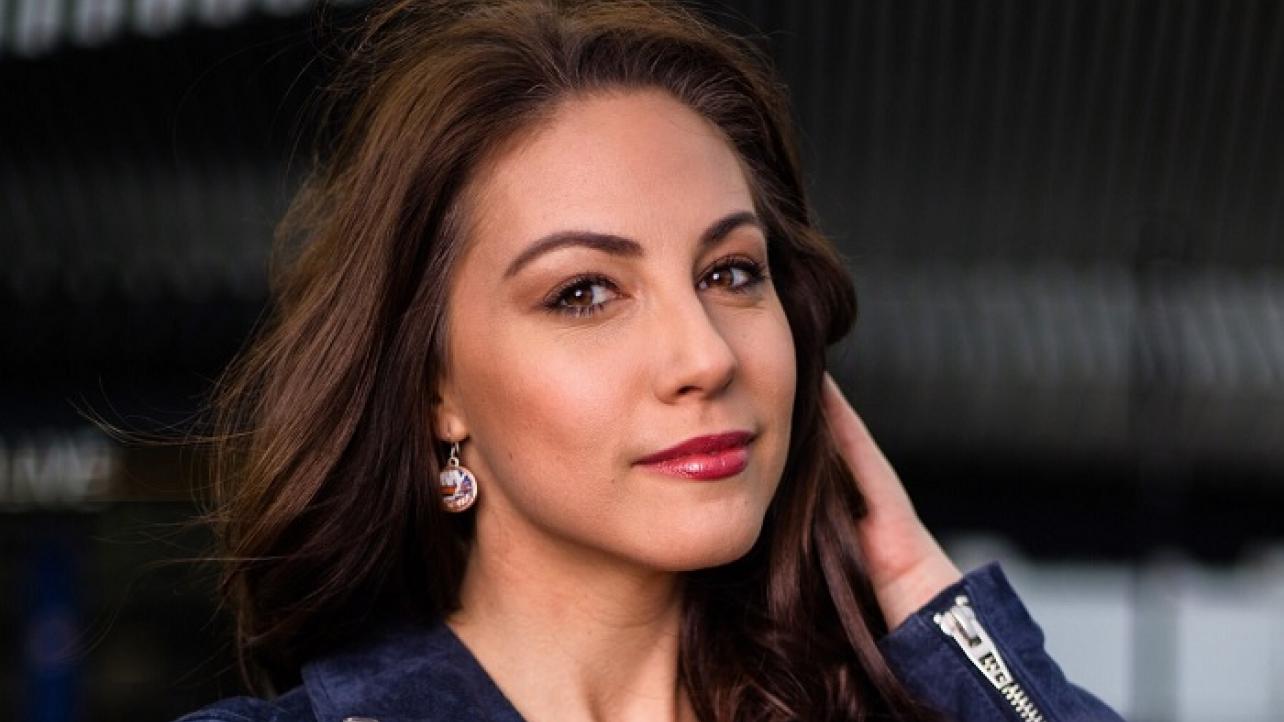 It looks like an outside hire by WWE will be the woman in front of the camera for the company’s new revamped This Week In WWE show.

Alyse Zwick (@IAmAlyseZwick), a traffic anchor for NY1 News (@NY1) and fill-in for @FOX5NY, announced on her social medial pages that she will be joining WWE as a co-host for the This Week In WWE program along with Scott Sanford.

She added, “Day 1 was amazing in this new journey through the [WWE] world! Thank you for welcoming me with such open arms. ‘This Week in WWE’ … will air on Thursday nights on WWE Network. Hey Scott…lets gooooo!!!!”

BEYONDDDD thrilled to join the @WWE family!!
Tune in to @WWENetwork ! I’ll be hosting every week with “your buddy…your pal” @scottstanford1 !!
This Week in WWE will air every Thursday night on #WWENetwork pic.twitter.com/j6Z71ogSDC

Additionally, her co-host, Stanford, released the following comments and photo of the two on the set of the revamped show.

This Week in @WWE – the hottest show on @WWENetwork moves to Thursday nights at 7:30pm! Join my new cohost @IAmAlyseZwick and me as we bust a move on the biggest stories of the week! pic.twitter.com/B9pPuL96iH

Finally, here are some more photos and tweets related to new This Week In WWE host Alyse Zwick.

A fun start to this morning joining @fox5ny team filling in for @InesRosales in the traffic studio on #GoodDayNY!! #AMNewser
See you soon New York! I’ll be filling in soon!❤️ cc: @sukanya pic.twitter.com/BbvvoKogVx

Good morning NY!! ☕️
Spending the AM with @InesRosales & @mikewoodsfox5 @fox5ny !
Excited to be the new fill in for Ines on #GoodDayNY ❤️
See you soon NY!!! pic.twitter.com/kDcub3RC9J

Thinkin’ of the boys tonight and all of the AMAZING #Isles fans! @NYIslanders Love you all. Miss you dearly! ROCKKKKK THAT BARRRNNNN!!! (I need to hear you in the city…please and thanks) #YesYesYes : Mike Stobe pic.twitter.com/DjRQd8FZhh

Check out #Exclusive #PHOTOS & #VIDEO of #AlyseZwick on new set of #WWE show & comments from her & @scottstanford1~!!