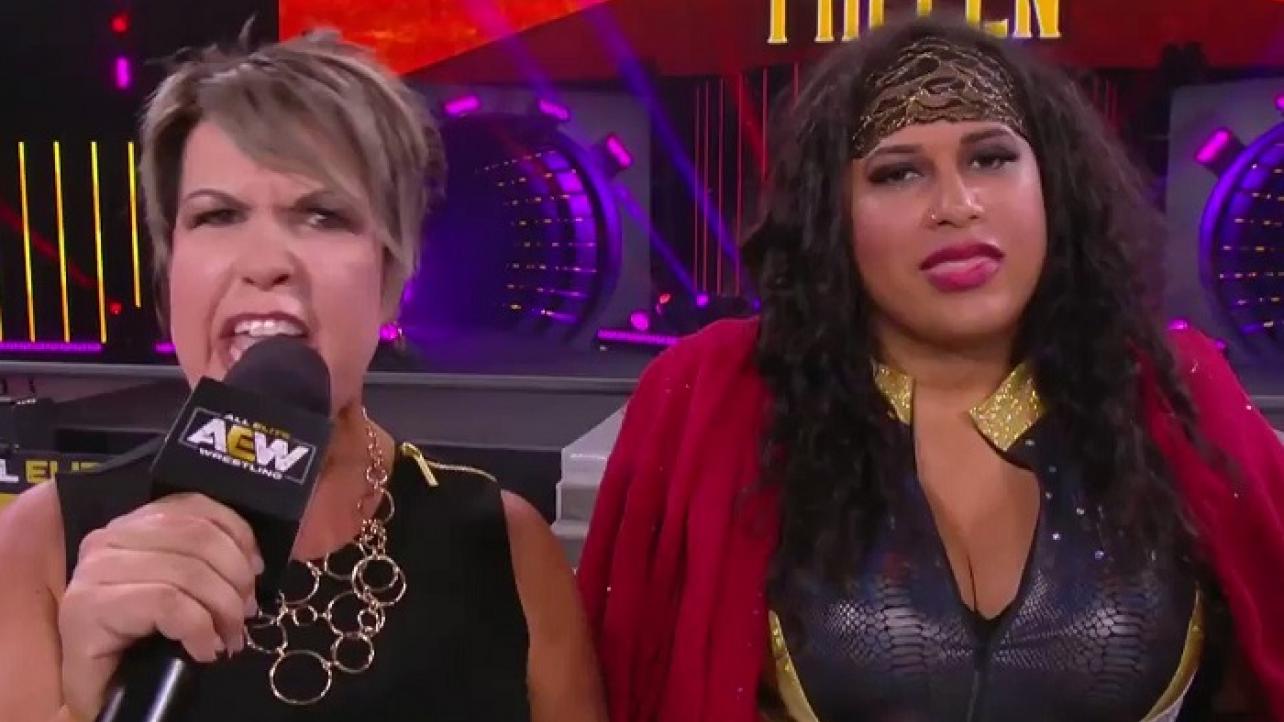 Winning the AEW Women’s Championship was a blur for Nyla Rose.

The AEW women’s contender spoke about this during a recent appearance on the LGBT Sports podcast for an in-depth interview covering all things pro wrestling.

Featured below are some of the highlights from the interview where she touches on this topic and more at length.

On winning the AEW women’s title being a blur: “It’s a blur. It’s absolutely a blur. It was a bit of a shock. Honestly, the crowd — I’m used to going out and getting booed. It’s like applause to me. I love it. I love hearing those boos. It’s like applause from ghosts, right? It’s fantastic. But that night, they booed me the whole match. [Then], 1-2-3, and there’s applause like this cheering. People are actually — they’re loving it. They’re able to take a step back and say, ‘You know what, respect.’ It was a very surreal moment to have gained the respect of the crowd, to have come this far. to essentially reach the top of the mountain [and] grab that grand prize that we’re all striving for. When, you know, a year or two prior, I didn’t think it would be anywhere near a company of this magnitude. Absolute bananas feeling.”