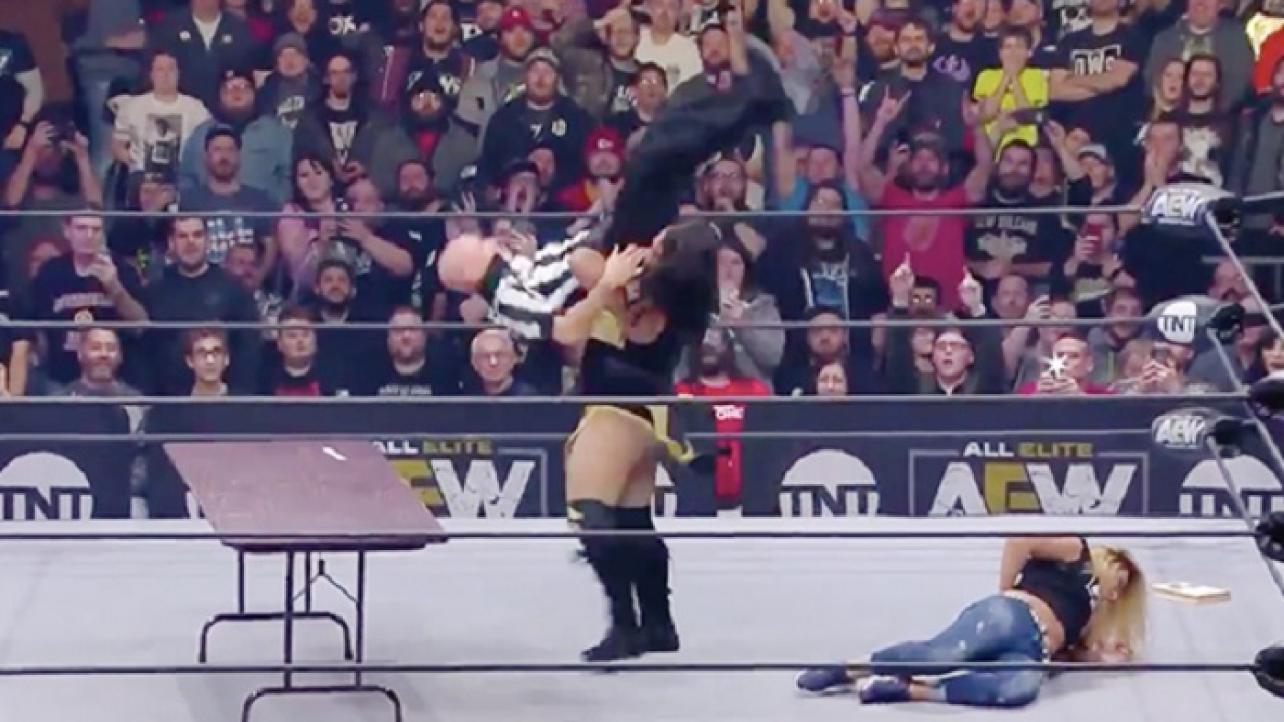 Nyla Rose Suspended By AEW Without Pay For Remainder Of 2019

While she received some good news in the form of finding out that she rose from number four to number two in the latest official AEW Women’s Rankings (updated as of Friday, December 6th), Nyla Rose has also received some bad news from AEW this week.

On Thursday, All Elite Wrestling announced that following her actions on AEW Dynamite on Wednesday night, December 4th, Nyla Rose has been suspended by AEW.

The official Twitter feed for AEW (@AEWrestling) released the following story line update regarding the details of Rose’s “suspension.”

“BREAKING NEWS,” the tweet on AEW’s feed started. “As a result of her actions [Wednesday night] on AEW Dynamite, Nyla Rose has been suspended without pay for the rest of 2019 by AEW management.”

The incident referenced in the tweet announcing Nyla Rose’s suspension is her power bombing AEW referee Rick Knox through a table, and then power bombing AEW women’s prospect Shanna on top of him after her victory over “The Librarian” Leva Bates at Wednesday’s edition of AEW Dynamite from the State Farm Center in Champaign, Illinios.

For those who missed it, check out a video clip of the incident that resulted in Nyla Rose getting suspended, as well as tweets from AEW about the suspension itself via the tweets embedded below.

BREAKING NEWS
As a result of her actions last night on #AEWDynamite, @NylaRoseBeast has been suspended without pay for the rest of 2019 by #AEW management pic.twitter.com/N0cXjiIBsQ

.@NylaRoseBeast showed her dominance this past Wednesday in Champaign. But, with her suspension in effect as of yesterday. We won’t see her compete till the new year.

Nyla Rose Suspended By AEW Without Pay For Remainder Of 2019