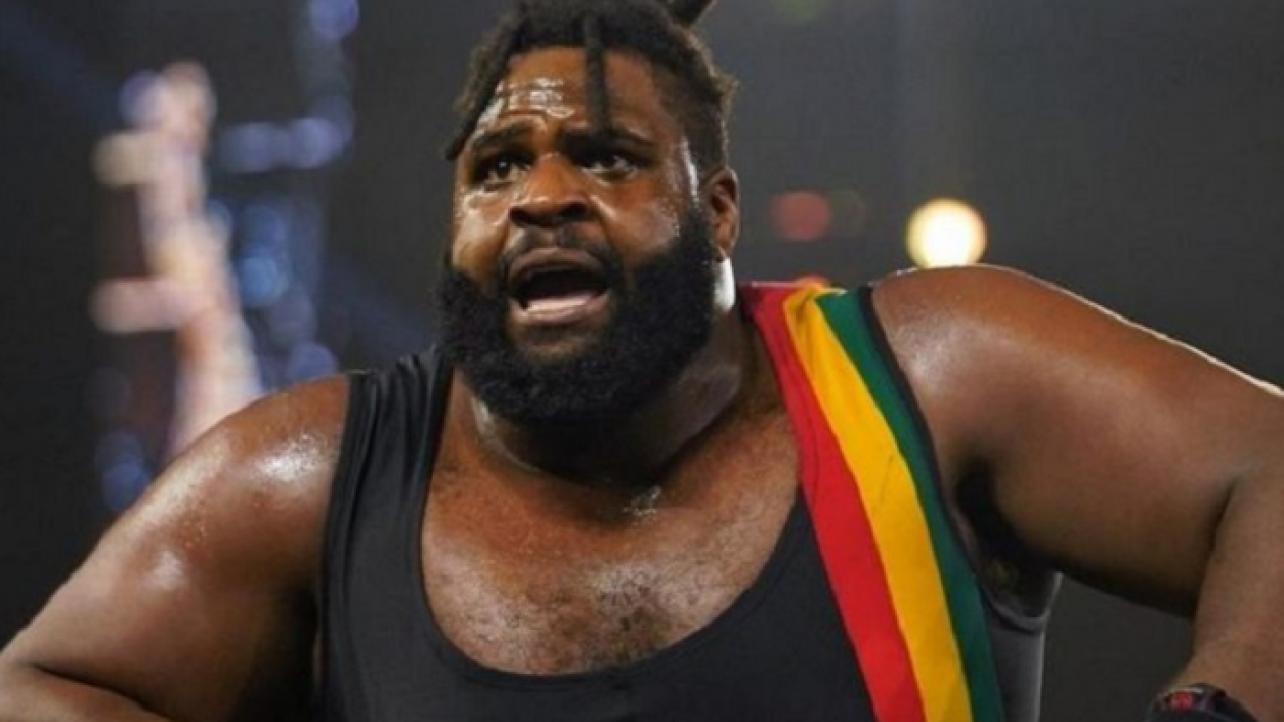 Odyssey Jones Comments On His Football Days, Pursuing Career As A Wrestler

Odyssey Jones recently appeared as a guest on the After The Bell with Corey Graves podcast for an in-depth interview covering all things pro wrestling.

During his appearance on the official WWE podcast, Jones spoke about his decision to pursue a career in pro wrestling / sports entertainment after his football career.

Featured below is an excerpt from the interview where he touches on this topic with thoughts.

“I say, my guardian angel, Joe Saladino. After I broke my leg, got healthy, did semi-pro. I went to my semi-pro team with a few of the guys I grew up with which was amazing. We dominated and won the championship. I was training, working overnight security, and lifting all day. I would work overnight, go straight to the gym, work out, do some cardio, sleep, wake up, eat, go to the gym, and go back to work. I was doing that for like 4 or 5 months.

This guy came up to me and said, ‘I always see you in here.’ I didn’t pay attention because you walk to the gym at a certain time. I take an hour or two hours to get in whatever I need to get in, and I’m rockin ‘and rollin. He said, ‘Have you ever thought about WWE?’ It’s crazy because literally the night before, I was literally looking up places to train, to wrestle. I said, ‘Yea, I need to leave, fresh start.’ I’m back at home which was awful. You go from 5 years not at home, and then back at home, I was no, I can’t be here.

My parents were cool. They gave me my space, but it wasn’t for me. He came up to me and said, ‘Yea, I can get you a tryout.’ I figured it was some guy just blowing smoke up my a** randomly just talking sh*t.’ Low and behold, he does. He was friends with Mark Henry. Every year, Joe does a jiu jitsu symposium in New Jersey. For some reason, Mark Henry went one time. I don’t know what Mark Henry knows about jiu jitsu, but Mark Henry was there. They talked and exchanged contacts. Next thing you know, he was sending him pictures of me and him in the gym to Mark Henry. Next thing you know, I’m getting a call from Canyon (Ceman) contacting me for a tryout, and you know, the rest is history.”

Odyssey Jones Comments On His Football Days, Pursuing Career As A Wrestler