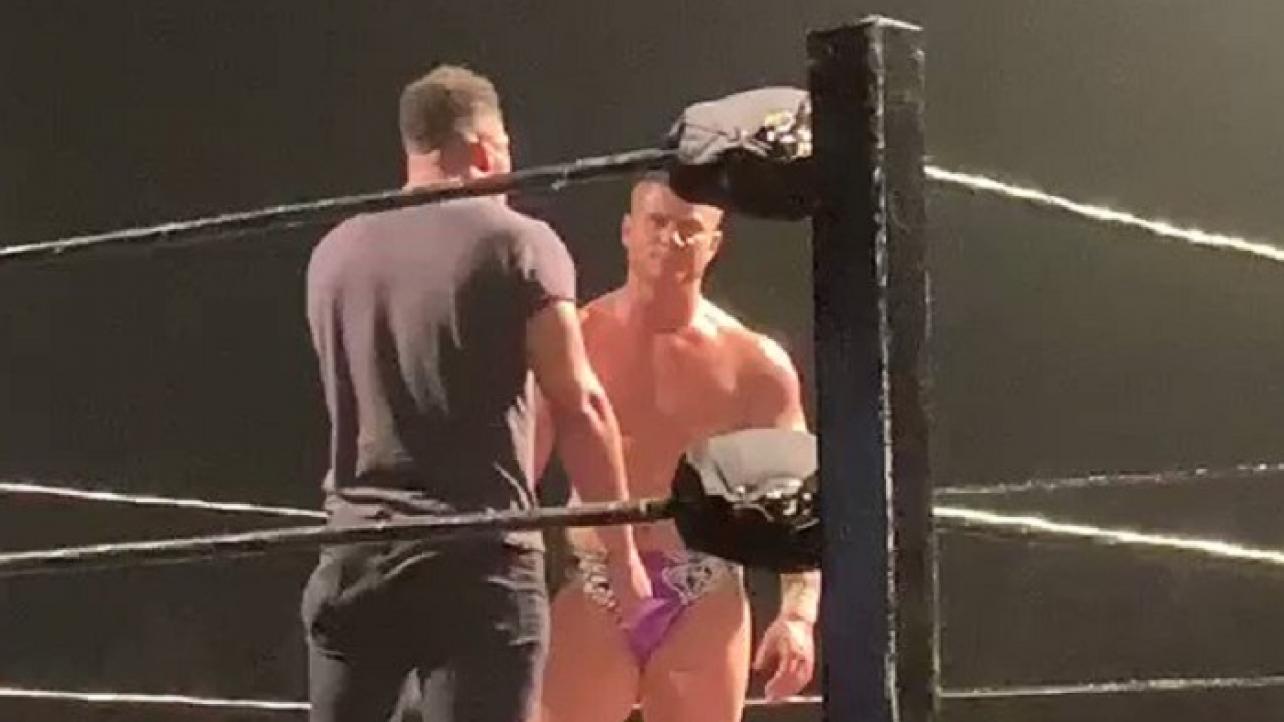 Anthony Ogogo, a former Olympic Medalist who scored the Bronze in Boxing in the Middleweight Division in the 2012 Olympics in London before going on to an 11-1 professional boxing record, is now #AllElite.

All Elite Wrestling (AEW) has signed the boxing phenom, as Cody Rhodes appeared at the Southside Wrestling event in Hertfordshire, England on Saturday to make the announcement.

Later in the show, MJF and Ogogo got involved in a bit of a “war of words,” as Maxwell Jacob Friedman dared Ogogo to punch him. The former 2012 Olympic Bronze Medalist was happy to oblige the AEW star, decking him with a single shot to a big pop from the fans in attendance.

Ogogo’s story was actually featured in the 12th episode of “The Road to Double Or Nothing” digital series that aired regularly on the official AEW YouTube channel and other promotional social media outlets leading up to the AEW Double Or Nothing pay-per-view.

Check out video footage of Anthony Ogogo’s appearance at the Southside Wrestling event on 10/26, as well as Cody Rhodes formally announcing the boxer-turned-pro wrestler’s signing for All Elite Wrestling (AEW) below.