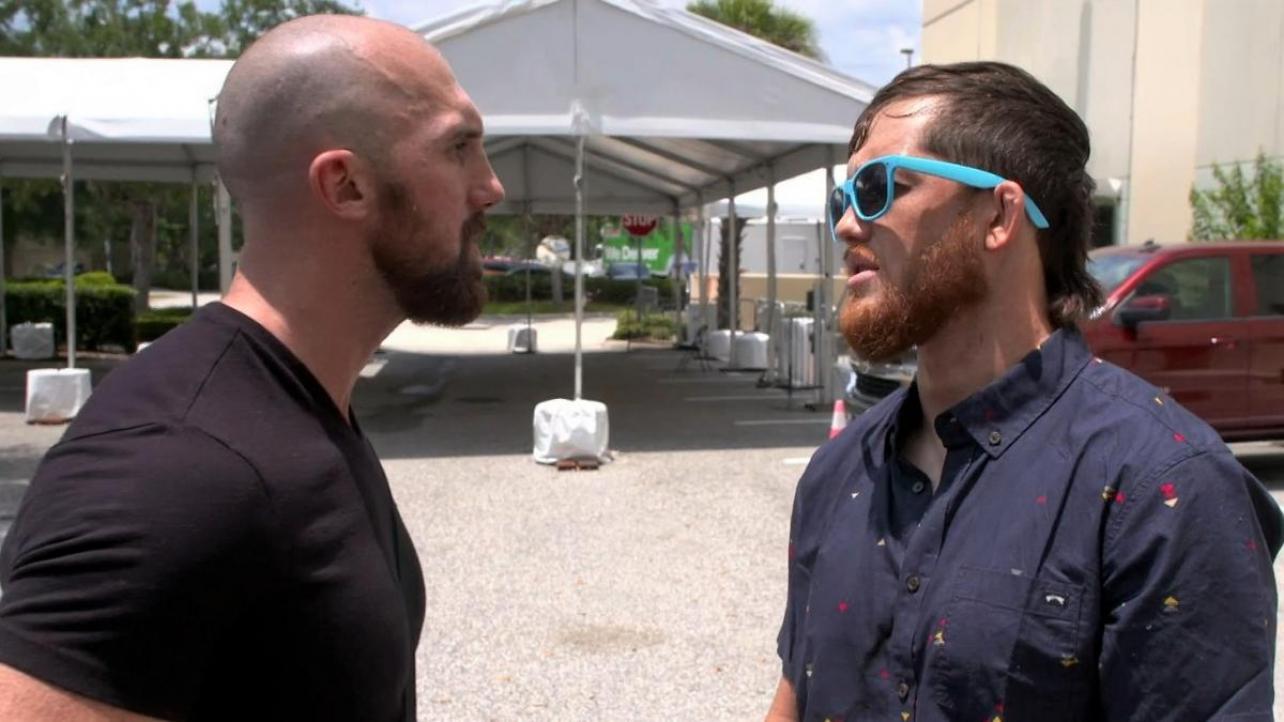 You can officially pencil in another singles match for tonight’s edition of WWE NXT.

Ahead of this week’s black-and-gold brand program on the USA Network, a segment was filmed between Kyle O’Reilly and Oney Lorcan, which led to WWE officially announcing the match for tonight’s show.

Kyle O’Reilly will always welcome a fight, and Oney Lorcan came looking for one today.

As O’Reilly entered the Capitol Wrestling Center, a heated Lorcan interrupted his interview to air his grievances. O’Reilly didn’t hesitate in extending Lorcan a challenge to meet inside the squared circle, setting the stage for tonight’s war.

Last week, O’Reilly boldly interrupted NXT Champion Karrion Kross, which led to mayhem as Pete Dunne and Finn Bálor also entered the fray. Now with one eye turning toward the black-and-gold brand’s ultimate prize, O’Reilly will need to focus on a likely crazed confrontation with Lorcan.

Don’t miss the hard-hitting clash at 8/7 C on USA Network!

Featured below is video footage of the segment shot earlier today to set up the O’Reilly-Lorcan bout for tonight’s show.

Make sure to join us here at eWrestling.com tonight for live WWE NXT results coverage!