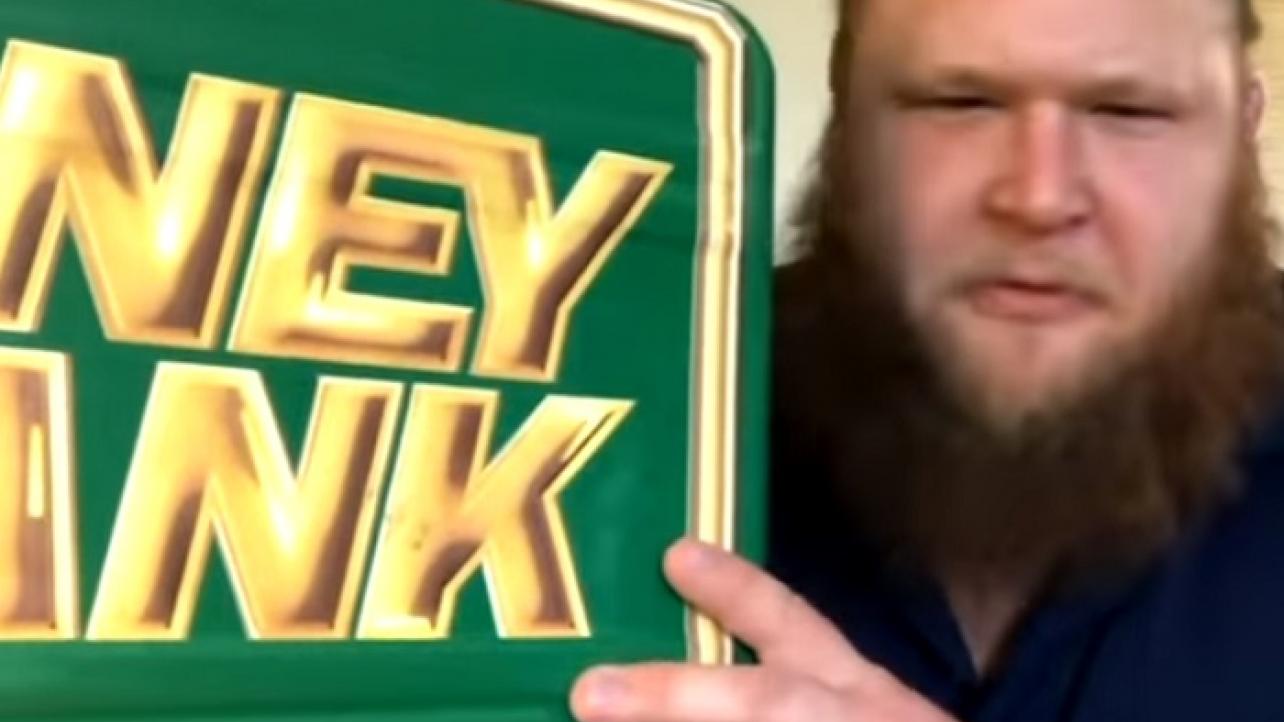 Otis recently spoke with Brian Fritz of Between The Ropes about winning this year’s Men’s Money In The Bank match and what good he feels came out of the tragic COVID-19 Pandemic for WWE.

During the discussion, Mr. Money In The Bank 2020 shared his feelings on winning the men’s briefcase in the cinematic-style “Climb the Corporate Ladder” match that was filmed all over WWE Headquarters in Stamford, Connecticut.

“So, it’s like very, like, surreal and still hasn’t set in with me yet,” Otis told Fritz when asked about winning the 2020 Money In The Bank match. “Because a lot of people in this profession, it’s like, we’re on the go so it doesn’t set in until like you start going, ‘Wow, this is real! I got this bad boy, alright!'”

He also vowed that he is going to cash-in the Money In The Bank Briefcase for a WWE Championship opportunity “sooner than later.”

“In the game plan for me, it’s just like my personality — the sooner the better, baby,” Otis said, when discussing his game plan for the briefcase. “So, you never know where I’m going to cash it in, but baby, I promise it’s gonna be sooner than later, baby. Yeah!”

The new interview with the WWE Superstar also featured him being asked whether or not he expects to see the continuation of the cinematic style of wrestling used in the aforementioned “Climb the Corporate Ladder” match at the WWE Money In The Bank 2020 pay-per-view, as well as the critically-acclaimed “Boneyard” and “Firefly Fun House” matches at WrestleMania 36, when WWE returns to normal business operations following the COVID-19 Pandemic.

“Yeah, I think everything happens for a reason,” said Otis. “That’s a very strong quote that I live by. That ‘Boneyard Match,’ I mean, I just felt like I was watching a cool thriller action movie. Like, big thumbs up to everybody that worked on that. [Same goes for] the Firefly match [and] our Money the Bank match.”

Otis would go on to elaborate, explaining how the cinematic style of wrestling that emerged via necessity as a result of the Coronavirus Outbreak could be a rare positive that WWE pulls out of the whole ordeal.

“If [this COVID-19 Pandemic] didn’t happen — would these ideas spark with our creative team? Our writers and producers,” questioned the 2020 Mr. Money In The Bank winner. “If this pandemic didn’t, unfortunately, pan out, I don’t know if you would have thought of that ‘Boneyard Match’ or thought of that awesome ‘Firefly Fun House Match.'”

On the topic of the cinematic style of wrestling continuing after the COVID-19 Pandemic, he concluded, “I think we could definitely be in the norm here though.”

Check out the complete Otis interview at BetweenTheRopes.com.