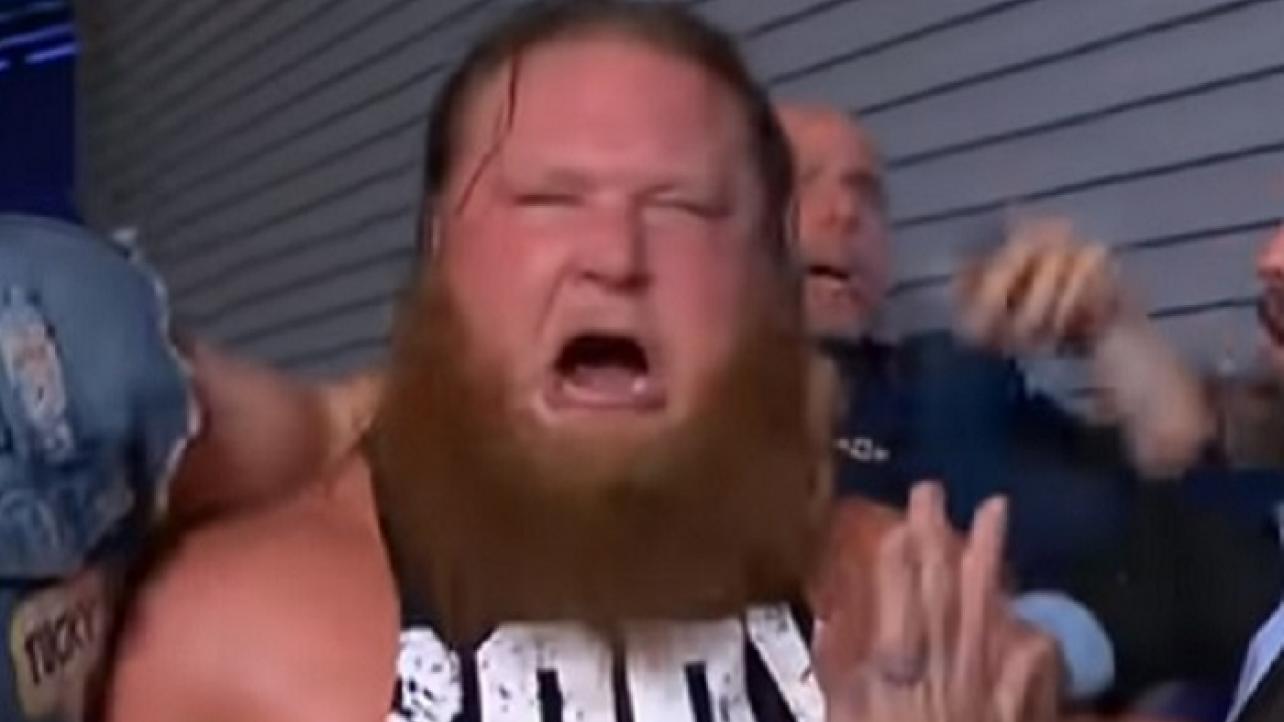 Otis recently spoke with The Kliq for an in-depth interview covering all things pro wrestling and WWE.

During the discussion, the big man pro wrestler spoke about his pairing with Chad Gable and names some other big men wrestlers from the past that inspired him.

On how his pairing with Chad Gable came together: “Before the pandemic, there were two different groups depending on what brand you were on. For a while, me and Tucky were both. It would be The Meat Wagon – EC3 and (Drake Maverick). Once we were on SmackDown, we were with Gable, the three amigos. Once me and Tucky split, I was like okay we’re doing our own thing. There were certain ideas and it’s like, not stale, but ‘what are we doing here?’ We talked with Vince [McMahon] about new characters and basically, from the movie Batman where he goes, ‘You are the number one guy.’ That’s one of my favorite movies. Basically, we cut the hair. [Gable] is doing that cheesy smile. At first, I was still the big go-lucky guy who loves barbecue, and he’s the serious trainer. Don’t eat carbs. Now, it’s a full-on machine. We’re calling out the whole locker room and basically beating everyone’s asses up. I’m sorry, Cesaro.”

On big men wrestlers from the past that have inspired him: “There’s a ton. Obviously, with Vader, I just loved how Vader would come out and I don’t want to even call it flexing – he would just show the body off and put his arms out and show the traps. As a kid, you’re scared of him. To do what he can do in the ring – I can’t do a moonsault, maybe someday, but to watch him to do that. You’ve gotta love Bam Bam Bigelow. That man was always at the top of his game and never saw him miss a beat. Terry Gordy – the fast-paced style in Japan with Stan Hansen and Bruiser Brody. So, it’s a lot of in-between there that inspires me. Just watching old Japanese tapes of those guys putting meat to meat. It’s all inspiring.”

Check out more from the interview at YouTube.com. H/T to 411 Mania for transcribing the above quotes.