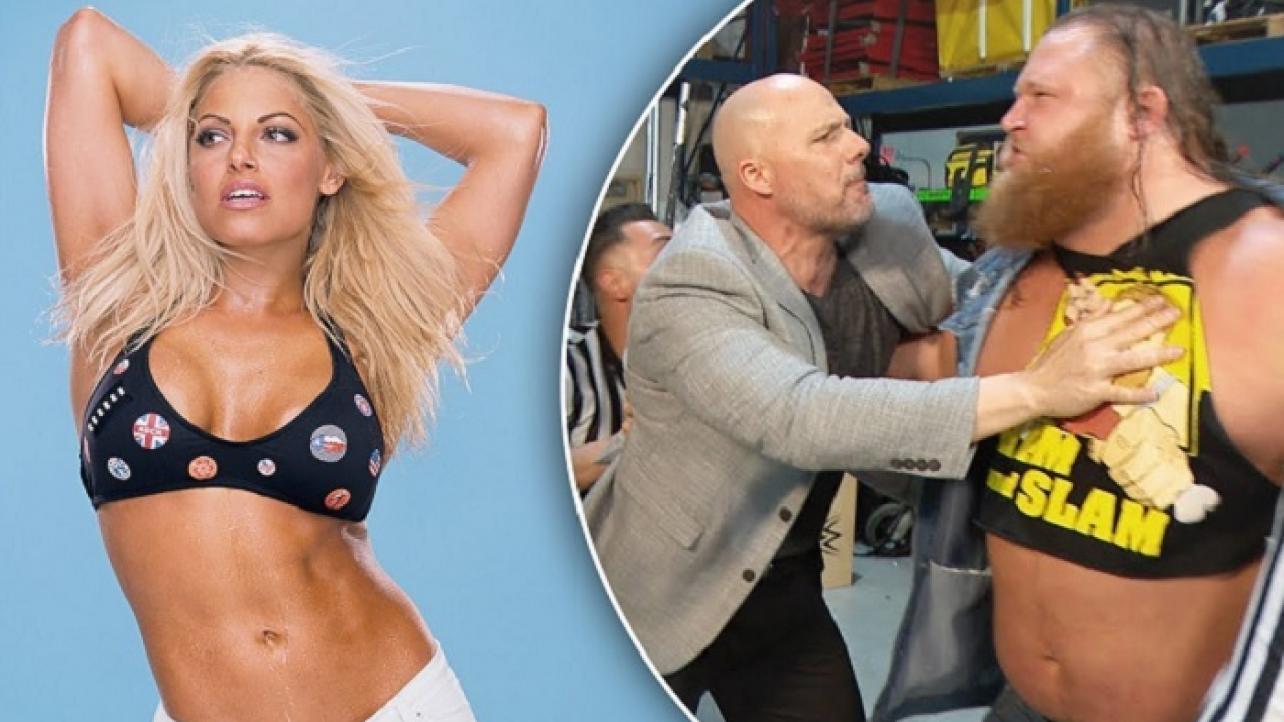 Otis Tells Story About Getting Tackled By WWE Security As 200 lb. Kid For Trying To Touch Trish Stratus

Otis recently shared a sad, albeit funny story that luckily had somewhat of a happy ending when talking with Digital Spy to promote this Sunday’s WWE Money In The Bank pay-per-view.

The WWE Superstar who will compete in the Men’s “Climb The Corporate Ladder Match” at this Sunday’s PPV recalled getting tackled by WWE security when he was a 200-pound fifth-grade student at a WWE live event.

The reason? Otis “only had eyes” for “Stratus-faction” that evening.

Otis spoke about getting sacked by WWE security when trying to slap hands with WWE Hall Of Fame legend Trish Stratus at the WWE house show he attended as a youngster.

“It hurt, every bit of it hurt,” Otis said of the first spear he took at a WWE show, despite being just another fan in the building. “I was a 200-pound fifth grader – I looked like a man almost,” he added, to help paint a better picture.

According to Otis, however, some good did come from the situation, as he apparently received free front row tickets to the next WWE live event in his hometown as a consolation prize for taking the spear in stride.

“So yeah I made a sacrifice, got speared, but after that spear from the guard we got first row tickets,” he said. “So, it all happened for a reason.”

He also pointed out the fact that despite making it to WWE as a main roster Superstar for the company, he has still never told Trish Stratus about that story.

“I’ve never told Trish that story in person,” he revealed. “It’s hard for me to talk to her as a lady I’ve watched for years in the Sports Entertainment world. It would be a good way for me to express… you know, without really talking to her in person.”

Check out the complete Otis interview at DigitalSpy.com.

Otis Tells Story About Getting Tackled By WWE Security As 200 lb. Kid For Trying To Touch Trish Stratus