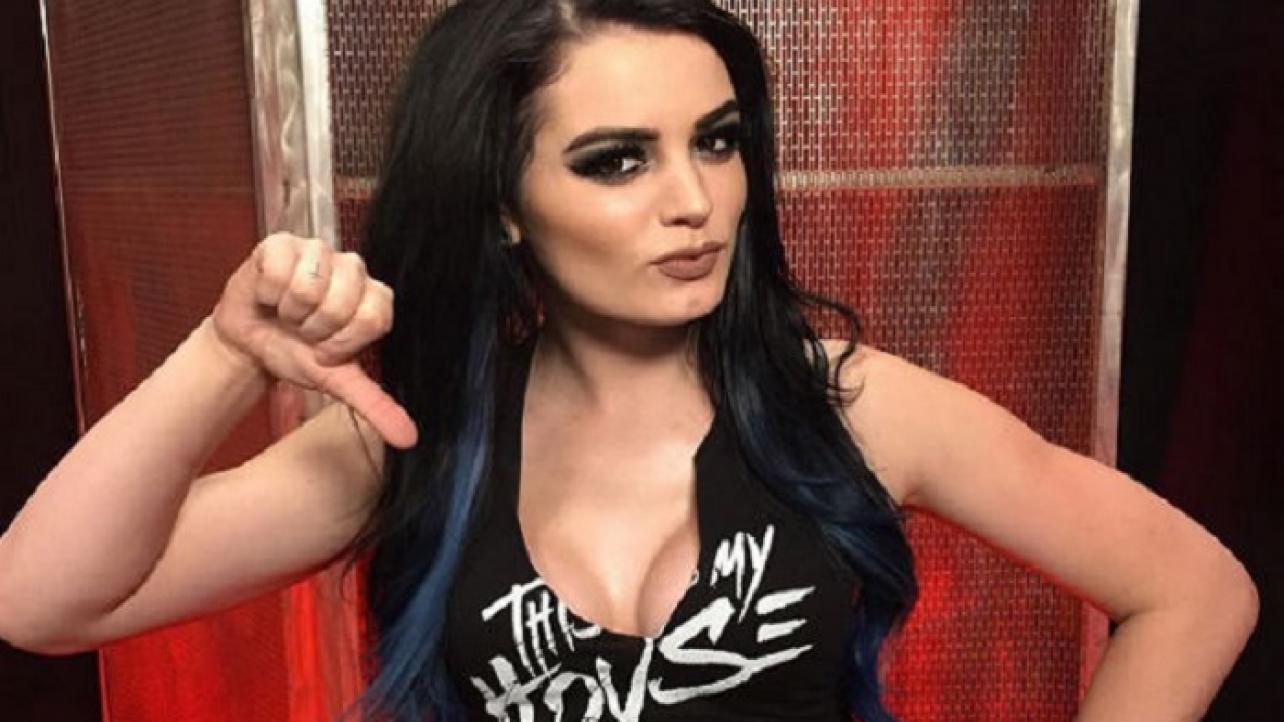 Paige Blasts WWE For New Third-Party Edict: “Twitch Is MY Place I Built With MY Fans”

Paige and Zelina Vega are among the contracted talents working for WWE that have publicly voiced their displeasure regarding the company’s new edict forcing all wrestlers to turn over their login credentials for their Twitch, Cameo and other third-party business-related platforms.

As noted, the company sent an email back in September informing the staff and talent of the new policy, with a reminder going out about the deadline set for Friday, October 2, 2020 as the second and final notice.

In response to the second notice that went out prior to the post-WWE Clash Of Champions 2020 edition of WWE Friday Night SmackDown on FOX on 10/2/2020, Paige and Zelina Vega took to their respective Twitter pages to voice their issues with the policy being implemented and strictly enforced by WWE.

“Twitch is MY place what I built with my wonderful fans,” wrote Paige on Friday after receiving the second deadline reminder notice by the company. “A place where people can go and feel some positivity and little bit of normalcy.”

Paige, who even though no longer regularly active with the company on television, is still a contracted employee for WWE and thus, must follow the third-party edict the same as everyone else.

“Fun. Interactive. Non judgemental. Charitable place,” Paige added. “I’m proud of what I built with my fan base.”

After getting some flack from a fan who claimed that the fame she achieved through WWE is the reason she has such a massive fan base following her on social media, Paige fired away with more mental purging on her Twitter page in response to the WWE third-party policy.

“Nah difference is I grinded for 15 years for my fan base that I brought over to Twitch,” she wrote. “Also dropping raids and 50 bombs on smaller streamers to help them grow. Not for bitter people like you though. Work hard and you’ll get a fan base to.”

Sharing much of the same viewpoint as her fellow WWE contracted employee, Zelina Vega similar concerns about the new policy on her Twitter page after receiving the deadline reminder email on Friday.

Vega’s social media rant started as an additional add-on to the second Paige tweet referenced above, where the active member of the WWE talent roster felt the need to jump in with some additional thoughts and comments about the way WWE Superstars build and earn their respective social media followings.

“AND helped people (including me) get introduced to what is now my favorite platform filled [with] positive, like-minded [and] amazing people just looking to have fun during hard times in the world,” Vega wrote. “It’s where people support each other and grow together. A family. Always grateful to you.”

Nah difference is I grinded for 15 years for my fan base that I brought over to twitch. Also dropping raids and 50 bombs on smaller streamers to help them grow. Not for bitter people like you though. Work hard and you’ll get a fan base to. https://t.co/IeBSxPxpnp

Uht-oh … #Paige lashes out against #WWE over their new third-party business arrangement with talent: “#Twitch is MY place that I build with MY fans!” — #ZelinaVega also sounds off about the controversial new company-edict (#MUSTREAD)

Paige Blasts WWE For New Third-Party Edict: “Twitch Is MY Place I Built With MY Fans”