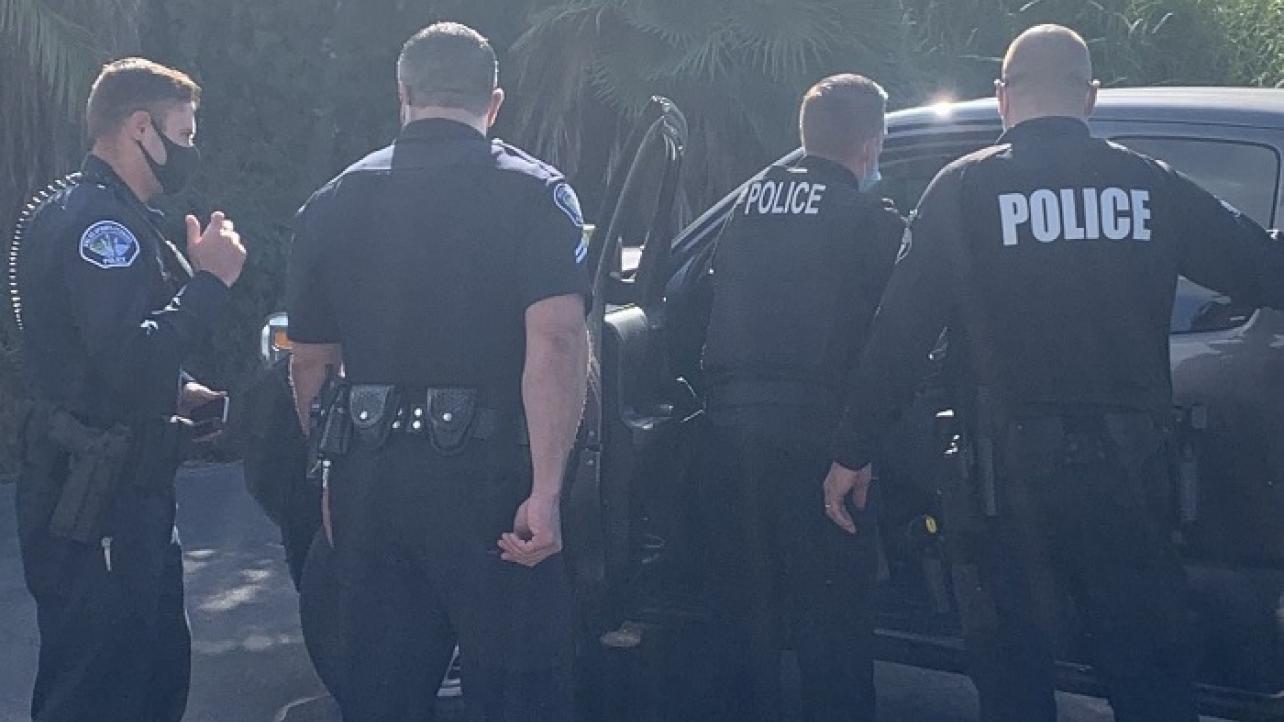 Something about Paige draws her to controversial incidents and situations.

The most recent, a stalker situation that led to an arrest over the weekend, was quite a scary one.

A fan came to the front door of the WWE Superstar, claiming “symbols led him” there. Apparently the situation quickly escalated from there.

Paige, real name Saraya-Jade Bevis (28), noted that her boyfriend, Ronnie Radke, “got him in a hold until police got there.”

The man was subsequently arrested by the local authorities who appeared on site at the home of the popular pro wrestling performer.

“Scariest thing ever,” Paige wrote of the incident via her official Twitter page on Sunday afternoon. “He told us symbols led him to us. But Ronnie got him in a hold until police got there.”

She added, “Wtf is wrong with people… thank god Ronnie is around to protect our house. Jesus.”

Additionally, Paige’s boyfriend issued a statement on the matter via his own Twitter page.

“A stalker had the audacity to come to my door,” he wrote. “[He] got his ass handed to him until police arrived and saved the day.”

Radke concluded, “I will f*cking kill you. Please don’t make me kill you.”

Check out photos of police arriving on the scene and arresting the stalker, cuffing him while he was on his knees on the property of WWE Superstar, via the tweet embedded below from Paige’s account.

Also embedded below, from the official Instagram page of Paige, is an additional statement with her detailing the stalker incident more extensively.

We will keep you posted here at eWrestling.com as updates on the Paige stalker situation continue to surface.

Scariest thing ever. He told us symbols led him to us. But Ronnie got him in a hold until police got there. Wtf is wrong with people… thank god Ronnie is around to protect our house. Jesus. https://t.co/aexPIEummb

A whole month of stuff being sent to our house. Flowers, gifts etc. until this fucker turned up. Thank god Ronnie is there to protect our house and family. He didn’t think twice about getting this mfer in a hold until cops came. Thanks to the cops that came so quickly.