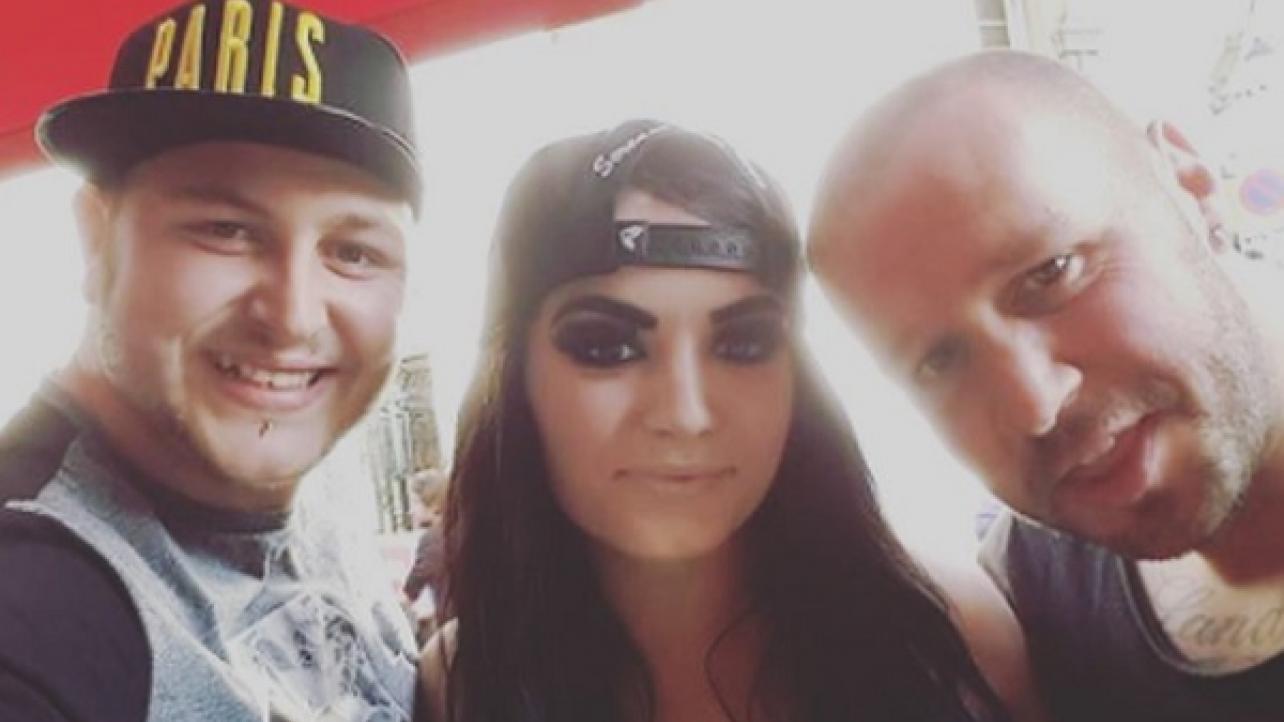 Paige Says: “WWE Needs To Get Their Sh*t Together And Hire My Brothers”

Paige opened up with some pretty honest and newsworthy comments during a recent interview with the folks from Talk Sport.

The WWE performer was recently interviewed by Talk Sport and discussed her role with the company following her in-ring retirement in 2018 due to neck-related injuries.

Paige states that she was offered the role of a backstage producer, but opted to still be in front of the camera as her character, revealing that she even pitched to manage Ronda Rousey.

“After retiring, I pitched to manage Ronda Rousey and Asuka,” Paige revealed. “I’ve always pitched for Asuka because I think she is such an amazing athlete and a wonderful person, the only thing she really lacks is the microphone skills. Obviously I then had the GM role that I loved, but after that they offered me a role as a producer and I actually said yes, but after a few weeks I had to tell them I didn’t actually want to do that.”

She continued, “It’s an amazing job, don’t get me wrong, but at 26/27 [years old], I still want to be in front of the camera and I don’t want to hang my boots up in that regard just yet.”

Paige would then shift her focus to the NXT U.K. brand, claiming she would love to make an appearance for them, but only if WWE hires her brothers Zack and Roy. The two were famously declined by the WWE during tryouts and were the subject of the recent movie based on her life and career, “Fighting with my Family.”

“I would definitely do appearances for NXT U.K., but I just want my brothers to be apart of it – Zack and Roy,” said Paige. “I just think the WWE are dropping the ball when it comes to my brothers and I’m not just saying that being bias, but the movie came out and they’ve got this elevation right now, great gimmicks and they could be in NXT U.K. in a heartbeat, and they want to do that.”

She added, “I would love to go and make appearances, even if I’m the one that comes out and introduces my brothers to the NXT U.K. universe. It would be such a good moment for them.”

Paige concluded, “NXT U.K. need to get their s**t together and hire my brothers.”

Check out the complete Paige interview at TalkSport.com.

Paige Says: “WWE Needs To Get Their Sh*t Together And Hire My Brothers”