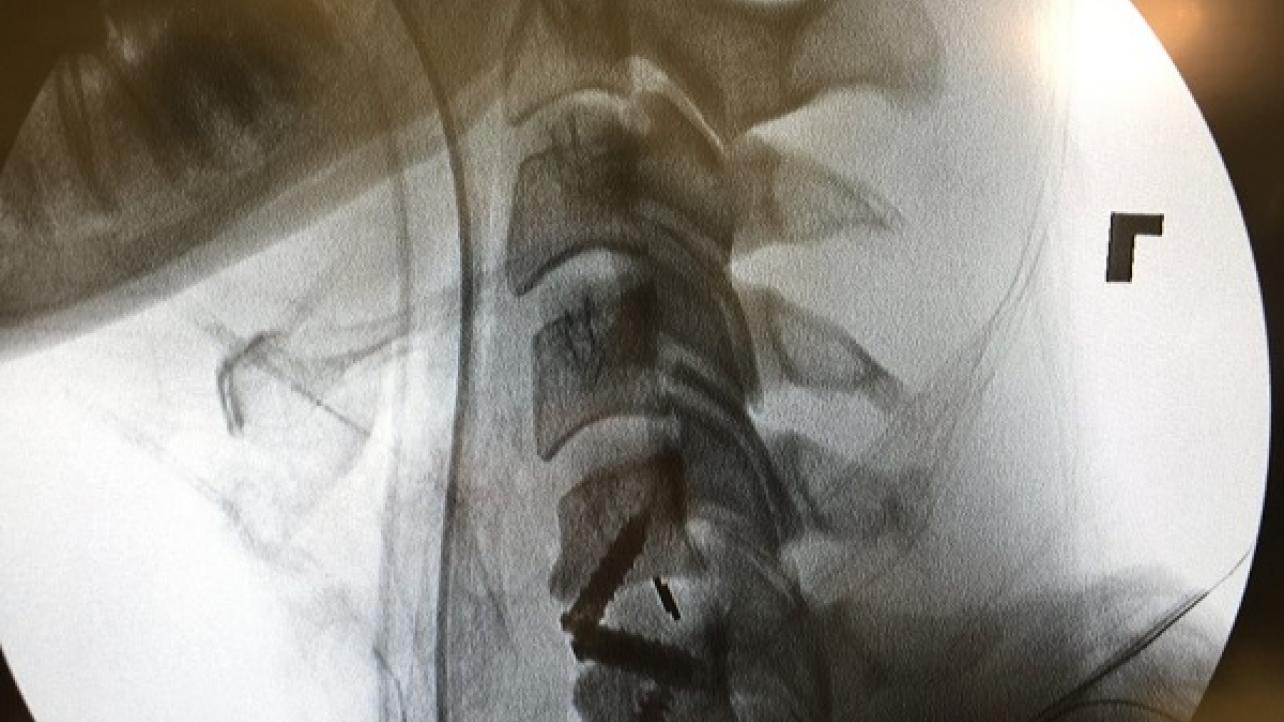 As noted, Paige underwent successful neck surgery this week and has vowed to be back managing The Kabuki Warriors when she is recovered.

In an update, the official WWE website has released a story regarding Paige’s neck operation.

The story features comments from Paige who also shared a photo of the X-ray from her procedure this week.

Paige revealed on Monday that she would be undergoing additional neck surgery this week, which caused her to miss out on The Kabuki Warriors’ WWE Women’s Tag Team Championship opportunity on Raw. Though Asuka & Kairi Sane did not capture the titles, things are looking good for their manager, who thanked the WWE Universe for their support while giving some positive news on Wednesday night.

Thank you everyone for the kind words and msgs! Seriously means so much. Couldn’t thank my Dr and his team enough they treated all of us wonderfully. And big thank you to @BellaTwins @KathyColace and @itszacphoenix for stopping by & of course my babe @RonnieRadke ❤️❤️ pic.twitter.com/6xMQdU7dN5

Stay tuned to WWE’s digital platforms for updates on Paige’s recovery as they become available.