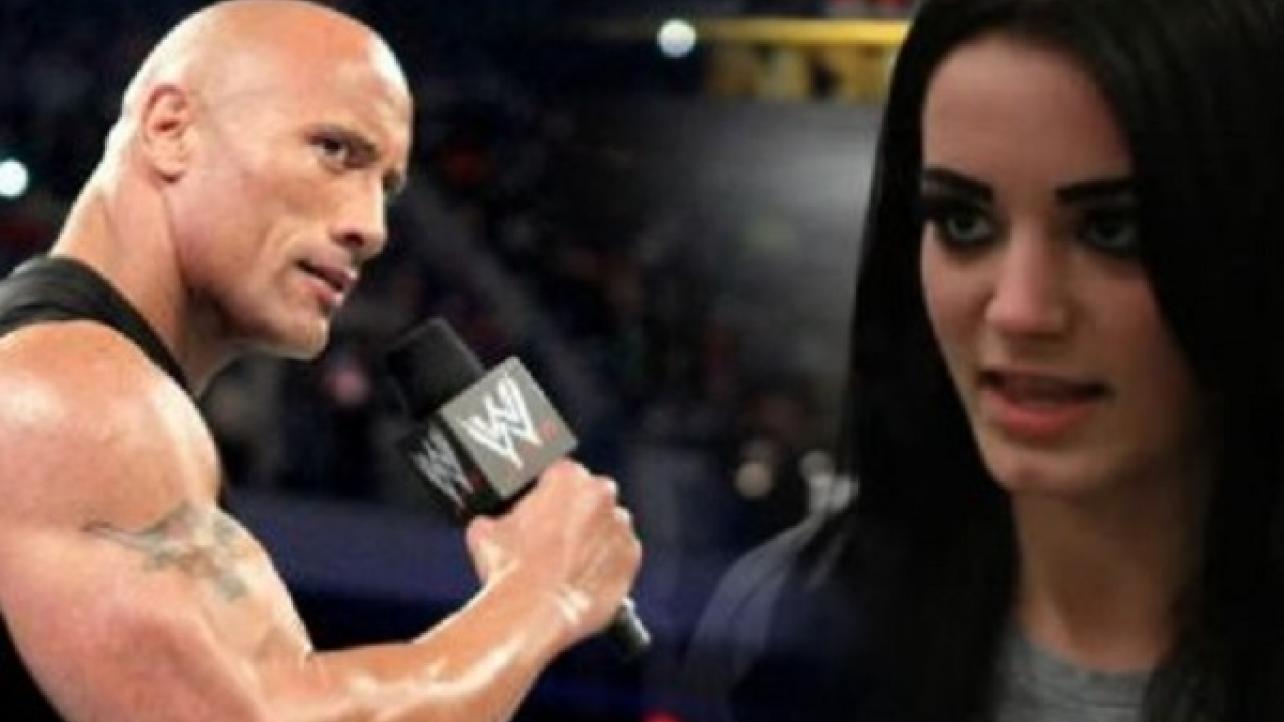 As noted, Paige has been making the media rounds to promote the release of “Fighting with my Family,” the movie based on her life and career.

This week, the WWE veteran spoke with People.com for an interview. During the discussion, she spoke about how she first found out that Dwayne “The Rock” Johnson wanted to produce a major motion picture based on her story.

“It all started with Dwayne,” said Paige. “I didn’t know it was going to be made the day of Wrestlemania 2014. I get a text on my phone, ‘Hey, it’s DJ. I would love to talk to you at some point today.'”

Paige continued, “I didn’t know who D.J. was! I didn’t know he had a nickname. And then I go, I get taken to his room, he comes in, he’s like, ‘Hey, I just want to let you know that I stumbled across your documentary. And I fell in love with the family. I fell in love with your story and I think it’s so beautiful and so relatable that I want to do a movie on it.

“I was crying my eyes out.”

Check out the complete Paige interview at People.com.