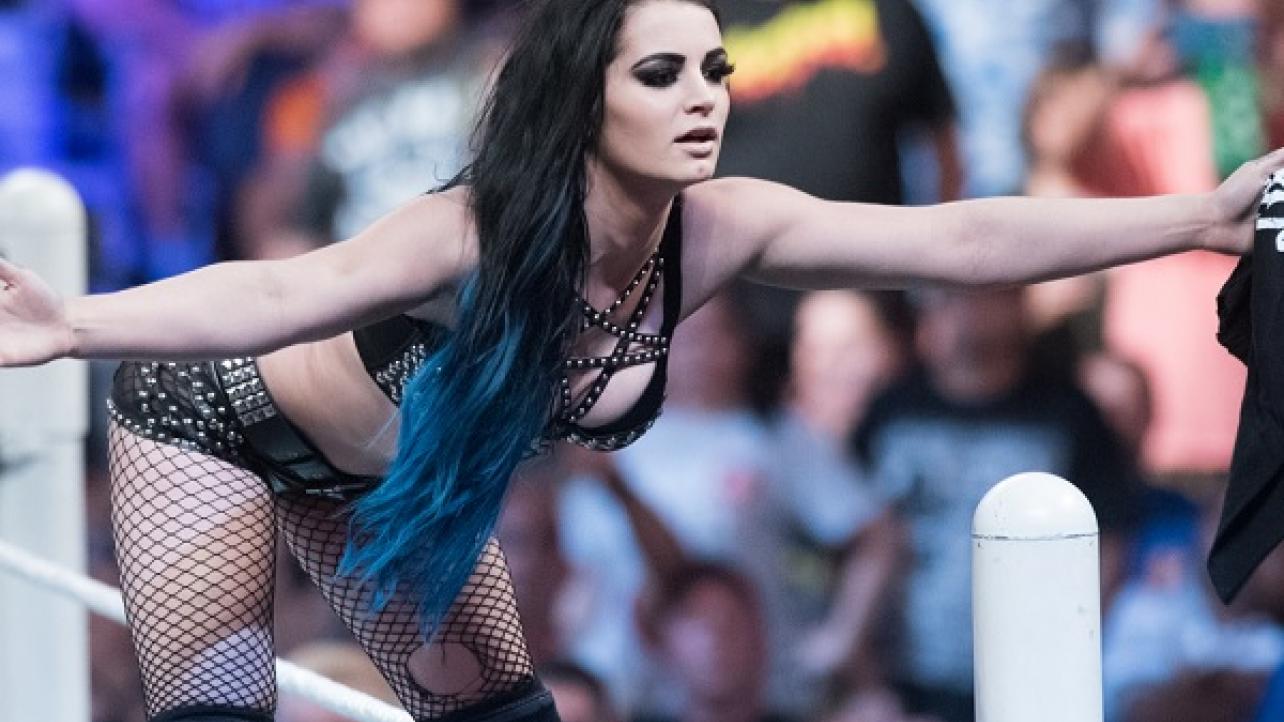 WWE Superstar Paige recently appeared as a guest on Lilian Garcia’s “Chasing Glory” podcast for an in-depth interview. Featured below, courtesy of Marc Middleton and Reddit user StillScreamin, are some of the notes from the interview.

* Paige then got emotional and said she finds it really hard to feel close to anybody anymore. She said she’s not a bad person and she has made a ton of mistakes. She called the photos and videos a stupid mistake and warned girls about the troubles of social media. An emotional Paige talked about how she barricaded herself into her house and even thought about suicide after the leaks. Paige added that she hates how she’s going to be known for the leaks now. She hates how she’s referred to a “sex tape scandal star” in headlines.

* Paige recalled how she got so skinny and ended up collapsing from exhaustion in England. She was told that it was stressed-induced anorexia. She also said some of her hair fell out due to how sick she was. She blamed the sickness on cyber-bullying and said she realized she could still inspire other people after she saw a little girl who said Paige was still her favorite. She admitted that she regrets the photos and videos immensely, and said she feels horrible for Xavier Woods too as he is her friend. Paige said she felt like she degraded herself as a woman and she’s learned to never do something like that again.

* Paige went on and talked about how she was in pain and getting a lot of comments about her being fat. She got wrapped up in drinking and wrapped up in the party lifestyle in 2016 because she felt like she was exploring the childhood that she missed out on. She said her first WWE Wellness Policy suspension was not for drugs but because of missing the time given to take the test. Paige admitted her second WWE suspension was due to drug use. She said she didn’t even enjoy doing the drugs and she’s not that kind of person but she did choose to do them and it was her fault. She tried to cover up the drug use but she was just embarrassed as she didn’t want to look terrible because she’d built herself up as a role model and didn’t want to be seen as the girl who does drugs and parties.

* Paige said she was not mad at WWE officials for suspending her. She said the company loves her and are still helping her out, allowing her to do therapy. She never realized how great WWE was to her, adding that they’ve always stuck by her and loved her. She talked about how WWE’s Mark Carrano helped her every day and called her every day. Rosa Mendes also recommended a WWE therapist to her as Rosa fought a battle with alcohol addiction. She talked about speaking with Vince McMahon, Stephanie McMahon and Triple H after making her return and they told her that she can be anything she wants to be and that they believe in her. Paige said they were happy that she was happy, healthy and back home. Paige credited WWE with giving her confidence back.

* Paige also recalled Stephanie coming up to her after her return and whispering in her ear, “You are gonna be fine. This is your house.” Paige said she’s so inspired by Stephanie, who also told her that she can now help others with her journey and that she can still be a bigger star than she was before. Paige called Stephanie a hero and empowering.