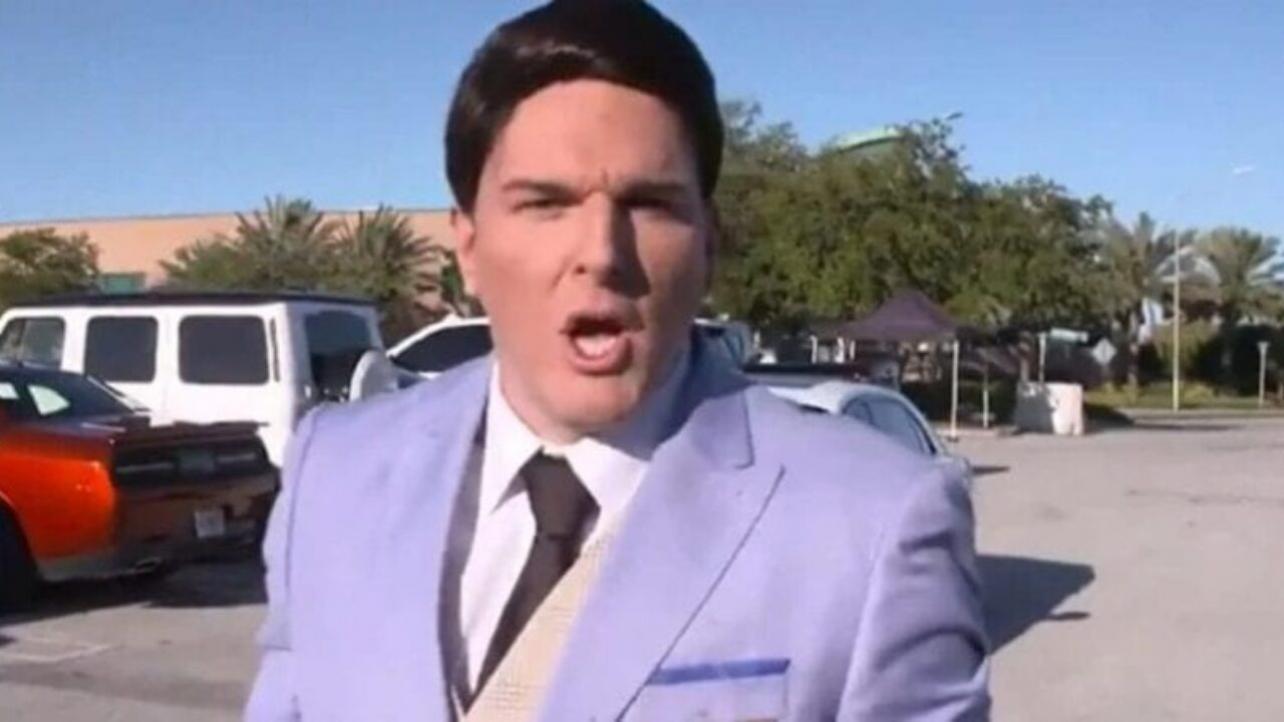 Pat McAfee Breaks Down His Process Of Playing Vince McMahon, Talks The Bit Getting Pulled

On the latest episode of the Pat McAfee show retired NFL star and current host of Friday Night SmackDown Pat McAfee spoke about his experience from last week’s throwback edition of the blue brand program, which included McAfee impersonating Vince McMahon in a bit that would eventually get canceled. Highlights are below.

How the sketch got canceled even though he shaved for the part:

“On Friday, to commit to a bit of being Vince McMahon on SmackDown Throwback, I was bullied into shaving my face. Michael Cole was one of the leaders of that bullying. I thought it was Be A Star. Michael Cole goes, ‘You could commit and shave your face.’ Cole had an awesome look as well, which didn’t make it to air. He had the frosted tips and he committed to 1999 Michael Cole. We had the wig, which was too small for my head and it felt like my forehead was in a rear-naked choke. We had the suit, the tie, I wore dress shoes for the first time. A lot of people in WWE were like, ‘this is awesome. We’ll remember this and you doing it for the character and the bit.’ I shaved, it looked terrible. I got makeup on, we shot a bunch of shit. I did an entire Vince McMahon thing. Immediately following, literally, as soon as I walked off-screen, Foxy [McAfee Show Video Producer Evan Fox] gets a text from someone that works at WWE [saying] ‘hang tight.’ I go, ‘Oh, Vince is coming?’ No, that’s not the case. They come out and everything has been canceled. I walk back into the building and everyone who was motivating me to shave my face, they heard about what happened, and were like, ‘Sorry, so sorry, it’ll grow back.’ Four days! Nothing! That beard was older than Jesus ****ing Christ! I look like I’m twelve.”

Talks the research he did to play McMahon:

“I was watching film. I didn’t think I did enough research before Friday, but once I got to Friday, it hit me. ‘I’m Vince McMahon, on Vince’s show, in front of Vince.’ Vince doesn’t like that type of shit. He doesn’t like acknowledgment or to be thanked by people or mentioned by people. I was going to be coming out like ‘You’re…fired!’ I had a moment like, ‘This could be real bad.’ I started watching videos. The walk, he has a little D’Lo Brown with the head movement. I was excited. I thought there was a chance we do something magical and all of a sudden…it’s over.”

How cameras were following him around documentary style:

“WWE was following me around all day to create like a documentary of me becoming Vince McMahon. That’s real. It should be shown, the depths that we went to to make this happen, and then it immediately getting flipped on its head. Would have been cool, maybe next time.”

Pat McAfee Breaks Down His Process Of Playing Vince McMahon, Talks The Bit Getting Pulled