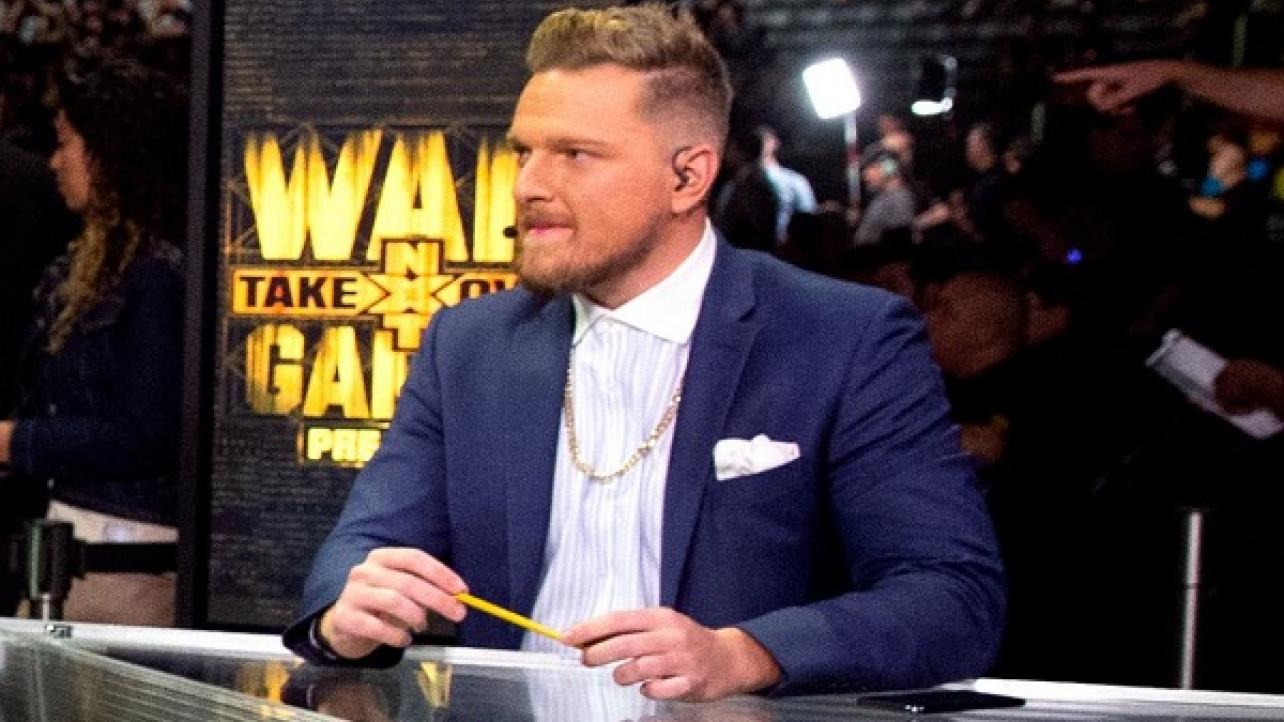 Pat McAfee has signed a multi-year contract with WWE.

“Good morning beautiful people.. today’s a pretty massive day for me,” wrote McAfee via his official Twitter page. “I can officially say I’m a [WWE] employee.”

McAfee added, “A real lifelong dream coming true thanks to [Michael Cole] and [Triple H].. This opportunity means the world to me. Let’s. Go.”

Pat McAfee signs as a contributor with WWE

We’re going to see a lot more of Pat McAfee in the next few years. The All-Pro punter-turned-Kickoff Show analyst for NXT revealed on his podcast, “The Pat McAfee Show,” that he has officially signed with WWE. Michael Cole was the guest of honor who helped break the news, confirming that McAfee became a contributor with the company as of Feb. 1.

“The future’s bright,” said Cole of McAfee’s expanding responsibilities. “It’s not just going to be Kickoff Shows anymore for you. You’ve got a lot of stuff coming down the pipe, I hope.”

McAfee, who played in the NFL for eight years as a member of the Indianapolis Colts, retired after the 2016 season and pivoted to broadcasting. McAfee most recently appeared as a sideline reporter for FOX NFL sports in late 2018, but he’s been very vocal about his longstanding dream to work in sports-entertainment — even notoriously incorporating WWE-centric taunts into his game in the NFL. An interaction with Adam Cole at an NXT Live Event put him on Michael Cole’s radar, which started the process that inevitably brought him here.

Please join WWE.com in congratulating Pat on fulfilling his lifelong dream. See you at the office.

Good morning beautiful people.. today’s a pretty massive day for me. I can officially say I’m a @WWE employee. A real lifelong dream coming true thanks to @MichaelCole and @TripleH.. This opportunity means the world to me. Let’s. Go. pic.twitter.com/H33H8GqwTY