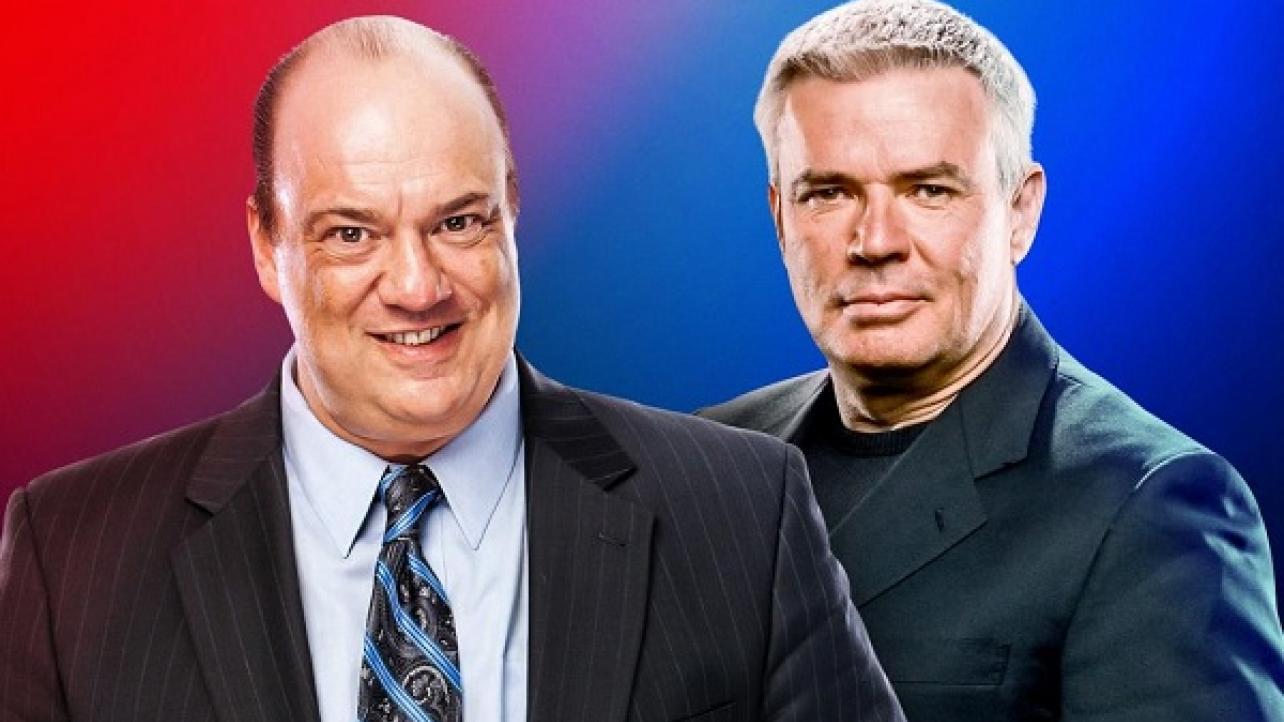 Well, the Paul Heyman-led era of WWE RAW kicked off on Monday night at the American Airlines Center in Dallas, Texas.

Did anybody notice the difference?

According to Dave Meltzer (@DaveMeltzerWON) of F4WOnline.com, Heyman had more influence on last night’s RAW than usual, although it’s worth noting that he has been a regular contributor to RAW for a while now.

While Heyman was responsible for many components of the show last night, it was not his complete show.

As far as tonight’s episode of WWE SmackDown Live, the same is expected of Eric Bischoff.

Meltzer noted that the former WCW Executive Vice President is starting as the Executive Director of SmackDown Live very soon, but his “fingerprints” will likely be felt on the blue brand after the WWE Extreme Rules pay-per-view on July 14th.

Even though he is scheduled to be at SmackDown Live tonight at the AT&T Center in San Antonio, Texas, tonight’s show is not something he is responsible for.

The other difference between the two is that Heyman will continue his on-camera role as Brock Lesnar’s advocate, whereas with Bischoff, there are no plans at all to feature him as a TV character.

Both guys will have significant influence on long-term booking, but ultimately, both RAW and SmackDown Live still belong to Vince McMahon and will require his final approval.

We will keep you posted as the transition to the Paul Heyman and Eric Bischoff era’s of RAW and SmackDown Live continue to develop. Until then, keep visiting us here at eWrestling.com for the best pro wrestling news and rumors coverage, and follow eWrestling lead-reporter Matt Boone on Twitter @MattBoone1984.