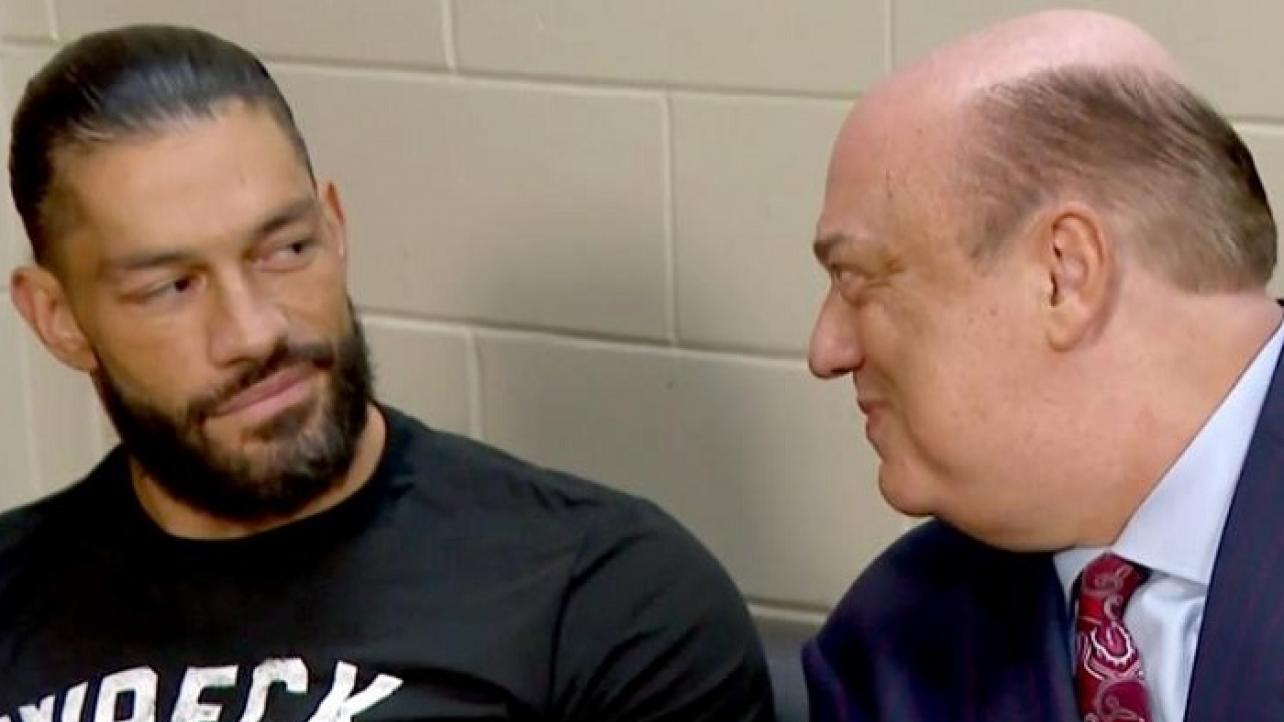 Paul Heyman On The Rock vs. Roman Reigns At WrestleMania: “It’s Clear That The Rock Wants It To Happen”

Paul Heyman recently spoke to the NY Post in a great interview where he discussed his alliance with Roman Reigns, Reigns career and character trajectory, possibility of wrestling The Rock as well as the status of Brock Lesnar. Here are highlights:

“I find it very funny how everyone is so quick to jump the gun that we are presenting this purely villainous version of Roman Reigns. The reason why I say that is, we haven’t even scratched the surface of the depths this character can go to. We’re not even out of the gate yet when it comes to that. There’s a long narrative and a fascinating journey ahead. All we’ve done is taken away the kissing babies and smiling into the camera and trying to put smiles on people’s faces of his personality, which a lot of people had trouble buying into from the get-go.”

On getting paired with Roman Reigns

“This has been in the works for several years and the time was never right to pull the trigger. This was a classic case of all the stars aligning, all the boxes being checked and we all felt this was the perfect time to pull the trigger on something we had thought about for many years.”

Whether we will see changes with Reigns’ look or music

“We are constantly on a day-by-day basis evaluation of the next update in the presentation that we will offer the WWE Universe and that’s for both of us. It’s a constant evolution now with Roman Reigns. So what you see, seven days from now will be much different than what you saw seven days ago, let alone what you’re gonna see seven weeks from now, let alone where we are going to be seven months from now. We have a long-ranging plan with week by week changes to how this character is presented and perceived.”

Roman Reigns vs. The Rock

“Right now there is no one in this industry that is on Roman Reigns’ level and The Rock recognizes it or he would never have been the first person to float the idea (of a match). The Rock floated this idea. Roman Reigns didn’t even have to mention The Rock’s name. It’s clear that the Rock wants it to happen. And The Rock is not the only one, I might add. There’s a line. There is a list of phone calls for Vince McMahon to return of high-profile, WrestleMania, main-event legends that are just aching to get the rub from Roman Reigns at this moment.”

Paul Heyman On The Rock vs. Roman Reigns At WrestleMania: “It’s Clear That The Rock Wants It To Happen”