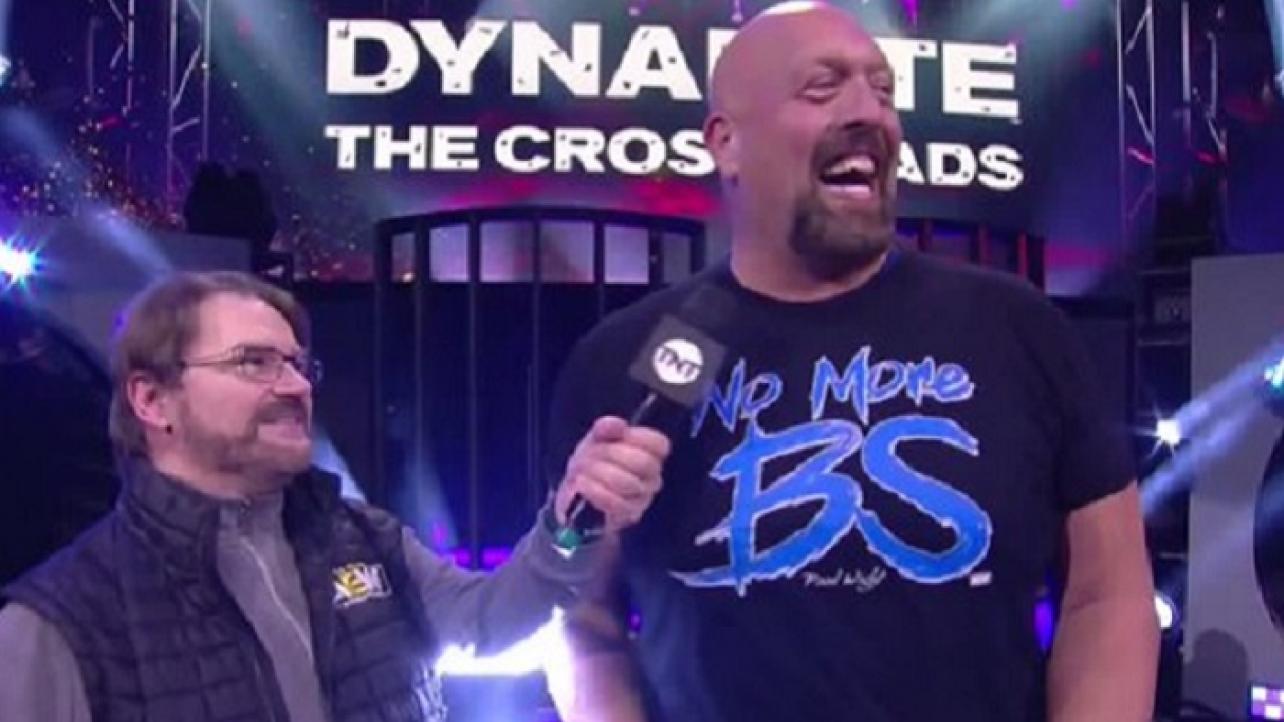 Paul Wight and Mark Henry weren’t honest to each other about signing the dotted line with All Elite Wrestling.

During a recent interview with the Miami Herald, the former WWE Superstar known as Big Show spoke about he and “The World’s Strongest Man” not being honest with each other about signing with AEW. Additionally, Wight names some talent on the AEW roster he would like to share the ring with.

On who he wants to face in AEW: “There’s a lot of the younger guys in there I see a lot of talent [in]. I mean, if I went to the top, I’d go right to our champion at the top, Kenny Omega. I know for a fact in a situation with Kenny Omega, we could tear the house down. Kenny Omega is that good. He could have a match with anyone, but me working a bigger, giant style with an athlete like Kenny Omega, we could definitely rip the house down, rip it apart. I think Kenny Omega, I think Lance Hoyt [Archer], The Murderhawk, he’s just so big and impressive, ambitious. I’d like to get in the ring with Miro again because Miro has really evolved since the last time that Miro and I worked together. I would love to work with Miro again. He’s so vicious and aggressive and his combative style will mix up really great with me and kind of a good slug fest. Wardlow is another younger talent that’s coming up that has a lot of potential. Jake Hager of course, I’ve battled with him back in the day. I used to break all his trophies. He’s really seasoned up so there’s a lot of guys I would like to get in there and mix it up with again. That’s the thing — Hangman Adam Page is another one.”

On he and Mark Henry each lieing to one another about signing with AEW: “No, we both lied to each other. I lied to him [Mark Henry] before I went to AEW and then when he was coming to AEW, he lied to me about coming so, we both — the term in the business is called kayfabe and we’re old timers and we appreciate kayfabe and I mean, he did that years ago when he had on that pink salmon jacket and was gonna retire and dropped his boots at that stage and I was at home watching and I got all emotional and then he turned heel and got me all upset. If I had been there, I would have kicked his butt.”