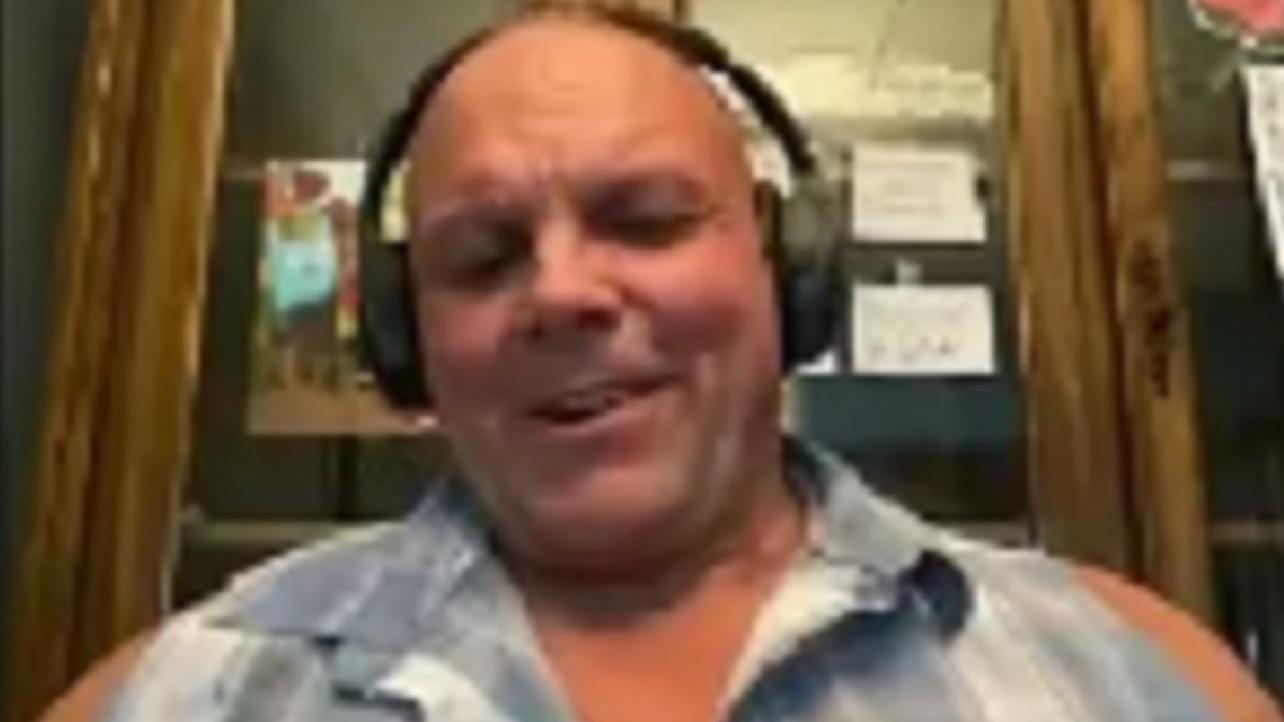 PCO recently appeared as a guest on the Wrestling Inc. Daily podcast for an in-depth interview with Nick Hausman covering all things pro wrestling.

During his appearance on the popular pro wrestling program, the former ROH World Champion shared his opinion that The Undertaker deserved a greater farewell from WWE. The former WWE Superstar also touched on topics such as his multi-dimensional character, how it has felt like he has been on the sidelines for two decades due to the global pandemic and the bubble system in Ring Of Honor.

Featured below are some of the highlights from the new PCO interview.

On feeling like The Undertaker deserved a greater farewell: “I’m very disappointed by this because I think I could have gave him a hell of a match for his retirement match. I think I could dig deep down, and I’ve got the resources to really steal the show with him being as over as he is. I think, in my mind, if you’re going to retire as Undertaker, I think he had to be burned down and put in the urn and go back in a casket, because you want to see Undertaker’s debut all the way to the end. You want to close that chapter. You want people to cry, over 80,000 people crying, sharing their love for the fact that they cared for what Taker has done. You want to sell entertainment and especially a lot of feelings. I think that’s the proper retirement for Undertaker, not during a pandemic with a cinematic match. That’s the way I see it, but that’s only my opinion.”

On how his time off from the pandemic feels like two decades: “It feels like like 20 years ago. I’m as crazy as before, didn’t change. You can’t compare me with anyone else because I love bumping. It’s one of the things that I like to do. I like being tough on me, and and for me taking any kind of bump, it’s fun. It’s not against my will. It’s something that makes me cringe. It hurts me, or I guess because I have a high tolerance to pain. That’s the only reason I can explain that.”

On ROH’s bubble system: “We’re so protected. It’s so healthy. I think it’s the safest company out there. Don’t want to take anything away from everyone else. I’m sure everybody’s super safe but just the fact that since the beginning of the pandemic, we have no cases on location. Maybe some cases at home, but in The Bubble itself, we’re at zero cases since the beginning of everything. We’re, for two or three days, getting tested and can’t get out until we have the first negative test, and from then, you’re getting tested all the time all the way through the end of the day. Sometimes nine days – ten days altogether every time we do tapings. We do a lot. We work hard while there. It’s just more condensed. That’s the way to attack the pandemic. It’s looking good out there. It’s looking good in the United States. Vaccination rates are good, and a lot of states are almost back to normal. So hopefully we’re looking at the summer to be able to have crowds.”

Check out the complete PCO interview with Nick Hausman from the Wrestling Inc. Daily podcast via the video embedded below courtesy of the official YouTube channel of the popular podcast, or by visiting WrestlingInc.com.