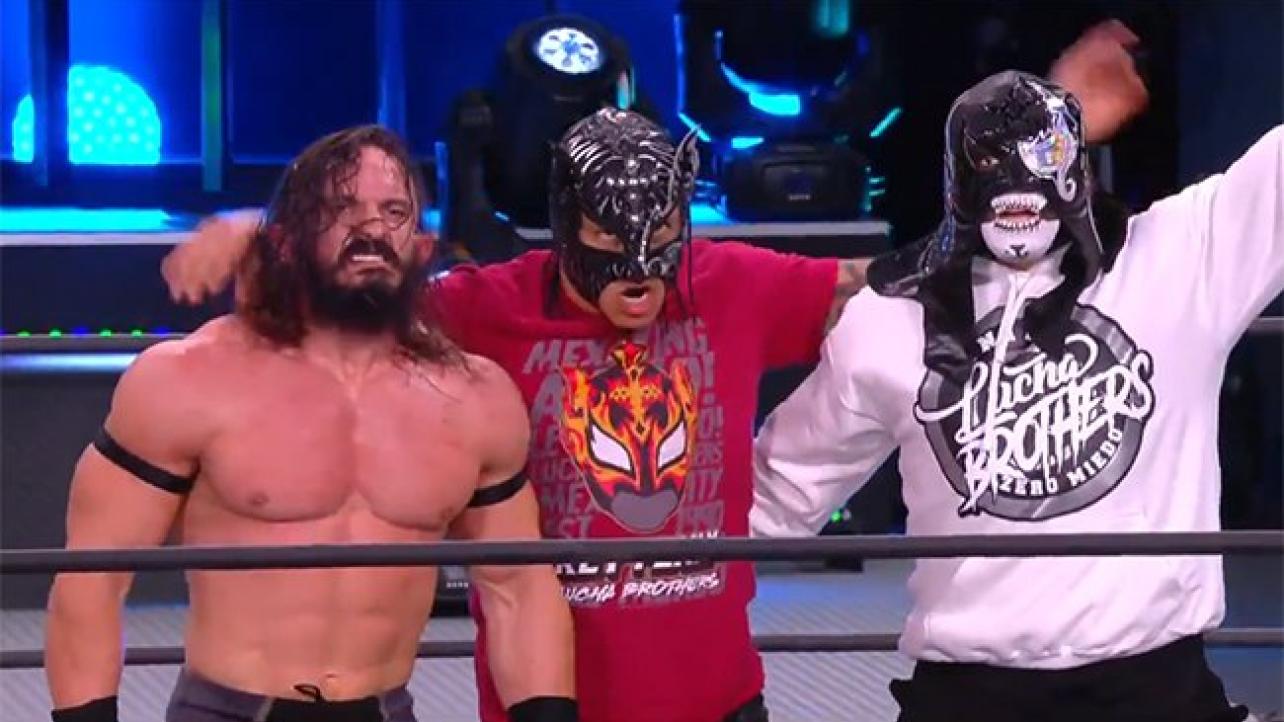 Penta El Zero Miedo of The Lucha Bros and Death Triangle recently spoke with Sports Illustrated to promote the upcoming AEW All Out 2021 pay-per-view.

During the discussion with the popular sports media outlet, the AEW star discussed Tony Khan, an upcoming match on Dynamite and more.

On wrestling Varsity Blondes on AEW Dynamite to determine who will challenge The Young Bucks for the tag team titles at All Out: “Pillman and Garrison are very good. They’re not better than us. This is going to be a great fight, and we have a special opportunity. We’re going to show why we’re so hungry. Those tag team championships should be ours, and it doesn’t matter what we have to do; all that’s in my mind is winning.”

On Tony Khan: “AEW is very important to me. Tony Khan is a great human being and AEW makes us feel like we are family. When you know that the boss is a great person, then you are happy and go out to fight with all the energy in your soul. I know that I am an important pillar in AEW, but I still want to go further and accomplish more.”

On The Young Bucks: “Matt and Nick Jackson are our greatest rivals, and we have so much history with them in AEW and from the independent world. We are both brothers, and we all have a passion for wrestling, but there is a difference between us and The Young Bucks. It is not for show. Winning titles means everything to us. We will fight to the death for that championship. Our biggest motivation is that we are indebted to all our fans. This time, we will show them it is different. This time, we are better prepared. We will show why we’re the best tag team in the universe.”