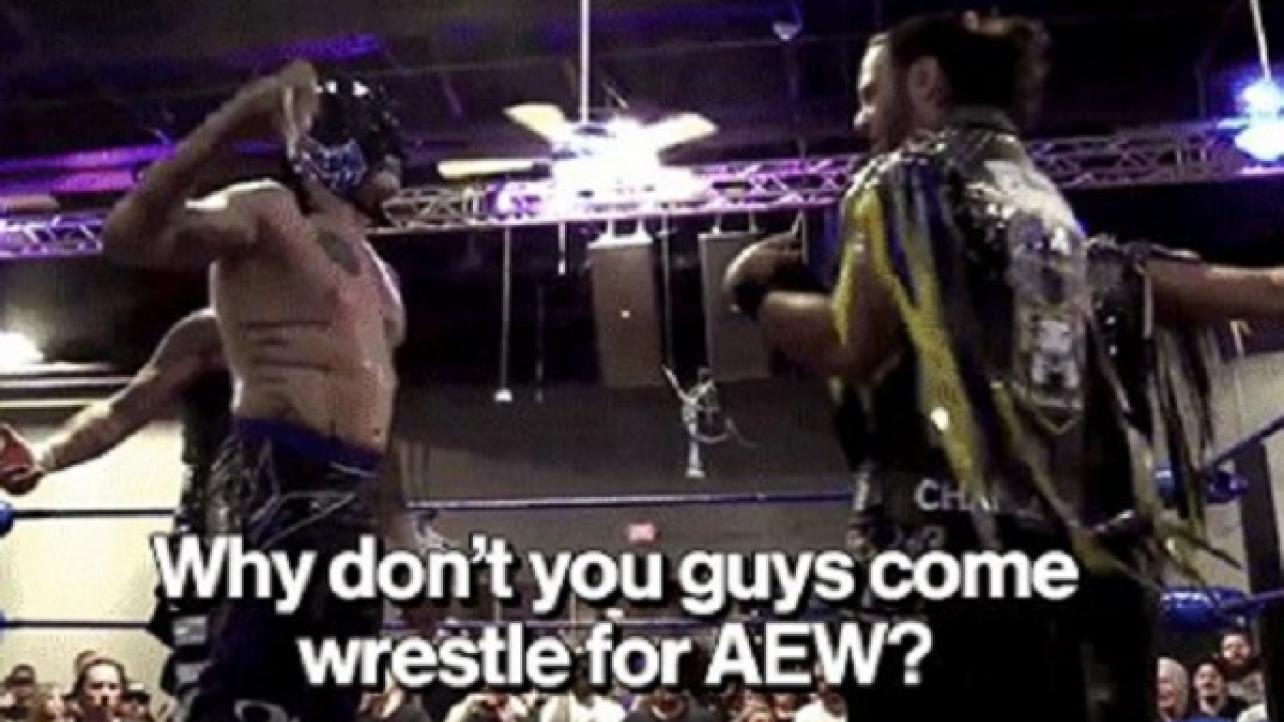 At the “Come Hell Or High Water” event in Atlanta, Georgia on Friday night, Cody Rhodes and The Young Bucks made a surprise appearance.

Following the main event, which saw Pentagon Jr and Fenix vs. Christopher Daniels and Frankie Kazarian, Nick and Matt Jackson came to the ring and asked Pentagon Jr. and Fenix, “Why don’t you guys come wrestle for AEW?”

Eventually, the four would shake hands, and it appears that the wheels are already in motion regarding Pentagon Jr. and Fenix working with All Elite Wrestling.

Chris Jericho caught wind of this news, and posted the following tweet commenting about it.

I’ll tell you we have the best old school in Mexico !! there more surprises #zeromiedo #LuchaBrothers

TRANQUILO SEÑOR.
We train LuchaLibre old school, we are the present and we will be the future.
You do not want to be near us #Animo