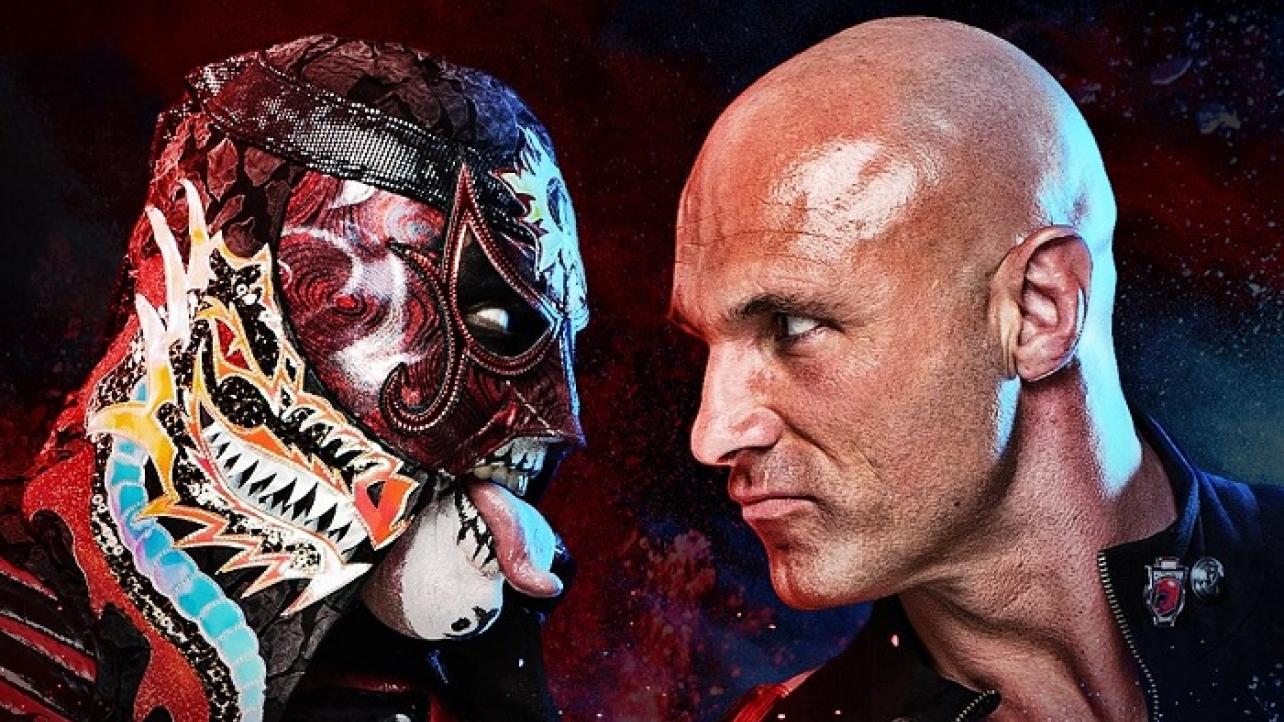 Another high-profile match-up has been penciled in for this coming Wednesday night’s edition of AEW Dynamite.

On Saturday, AEW announced a singles matches between Pentagon Jr. of The Lucha Brothers and Christopher Daniels of SoCal Uncensored for the Wednesday, December 4th episode from the State Farm Center in Champaign, Illinois.

Check out the official announcement below, and make sure to join us here at eWrestling.com on 12/4 for LIVE AEW Dynamite Results coverage from Champaign!

Just signed for this Wednesday, Dec 4th’s #AEWDyamite @PENTAELZEROM vs @facdaniels ..z get tix to join us LIVE in Champaign at https://t.co/UN1cNj1kQq or watch at 8/7c on @tntdrama pic.twitter.com/TuWoc11bma