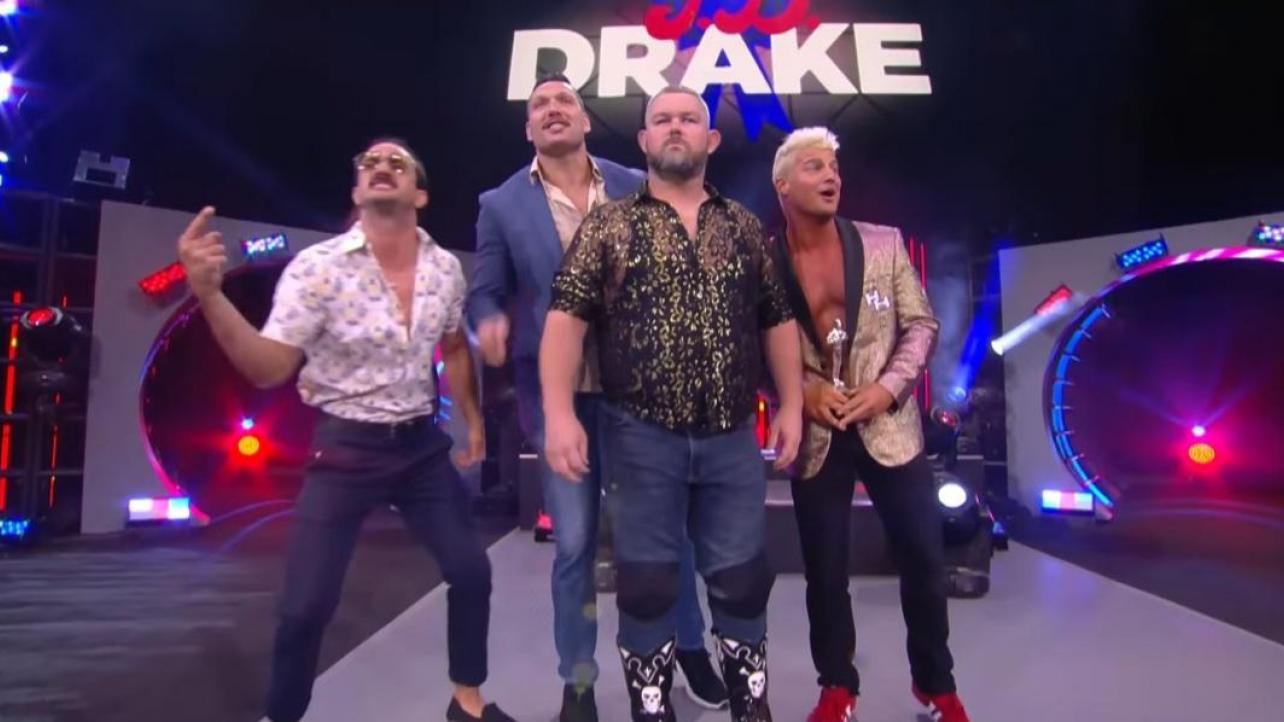 In his recent interview on AEW Unrestricted, AEW talent Peter Avalon explained how The Wingmen came together. Avalon also discussed his character, and more. Check out the highlights below.

On how The Wingmen became a faction:

“I think it’s just an idea that when people see something next to each other, it just kind of works. I think the idea for The Wingmen was Christian’s idea. I think he said to put the four of us together, and Tony [Khan] liked it. I was with Cezar already as ‘Pretty Picture’, and then [Ryan] Nemeth and [JD] Drake were together. I had hurt myself. I have a hurt knee and I’m still out with an injury, so that took me off TV for a little bit. I’m not sure when the decision was made to put us together. I just kind of got filled in, and then when I came back, ‘Here I am boys, let’s play.’”

On the way Being The Elite has helped The Wingmen:

“It just kind of gives an opportunity to show our chops. I didn’t know Cezar before we were joined together doing this thing, and he’s hilarious. Very creative and intelligent human. I’m glad I’m able to learn about him with this. We’ve been able to put together a lot of fun stuff, and he’s been helping me also with the Leva Bates stuff too, so I get to show different acting with comedy and drama. It’s all over the place. It’s been fun.”

“He absolutely had a hand in the direction that we went with at AEW. Pretty Peter is just me. That’s just the way I live my life. I’ve been Pretty Peter….I’m in my 13th year of wrestling now, that’s pretty much what I’ve done. For a little bit, I switched over to a gimmick called ‘Professional Peter’, and then when I was running the Arizona television show, I was ‘Producer Peter’. So I kind of keep a theme, but I’ve always been pretty. But Cody for sure had a hand in the energy change that we went to with the whole model walk off and loving not only myself but loving just beauty and everyone and kind of leaning in more so in that direction and stuff like that. And I appreciate Cody really diving in and helping me find a direction to kind of go with it, instead of just being a generic, pretty boy.”